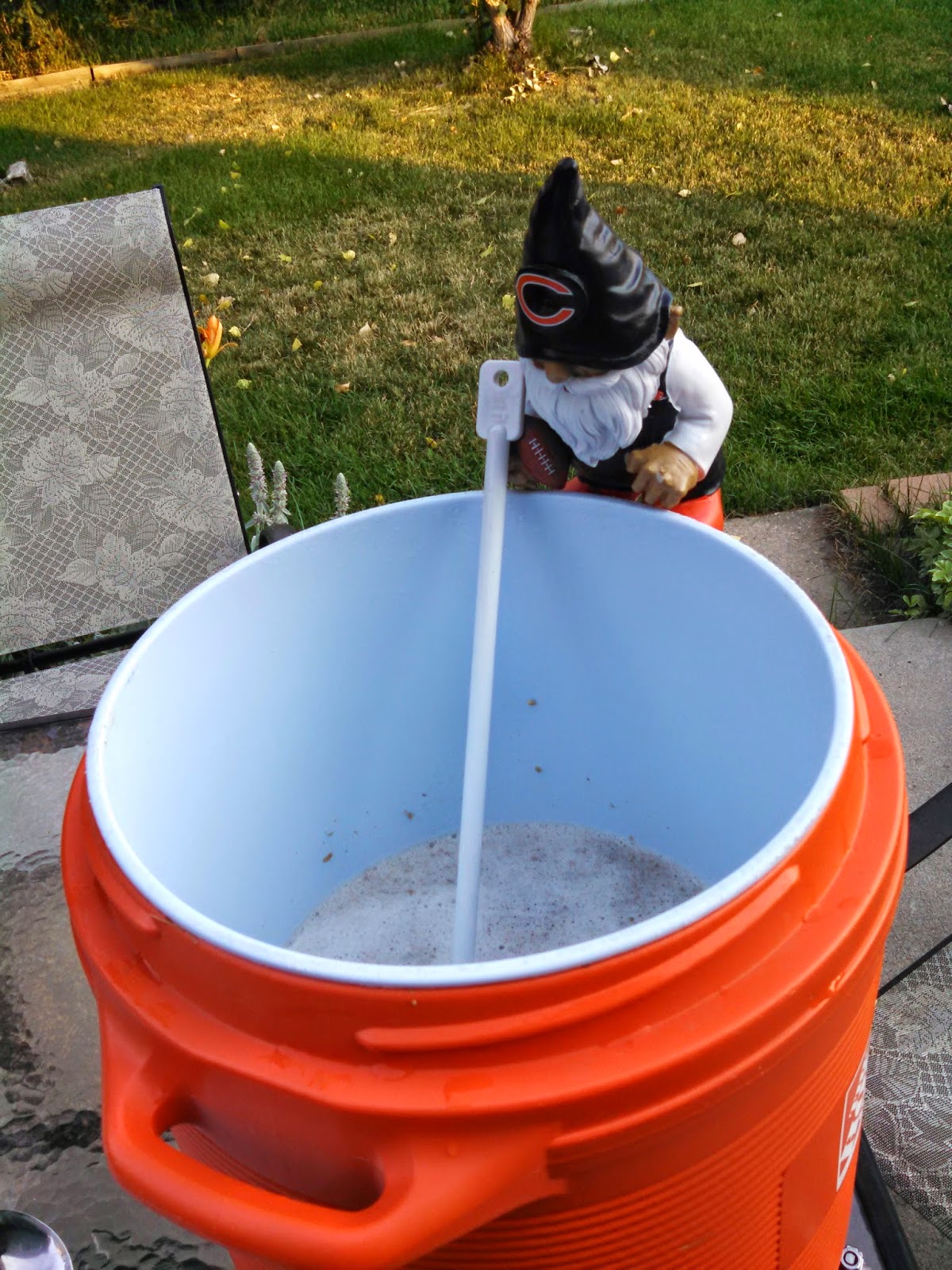 The brew day went pretty well. I started pretty late for me, and let the mash go through church. My preboil gravity was low enough that I had to add some DME to bring it up. 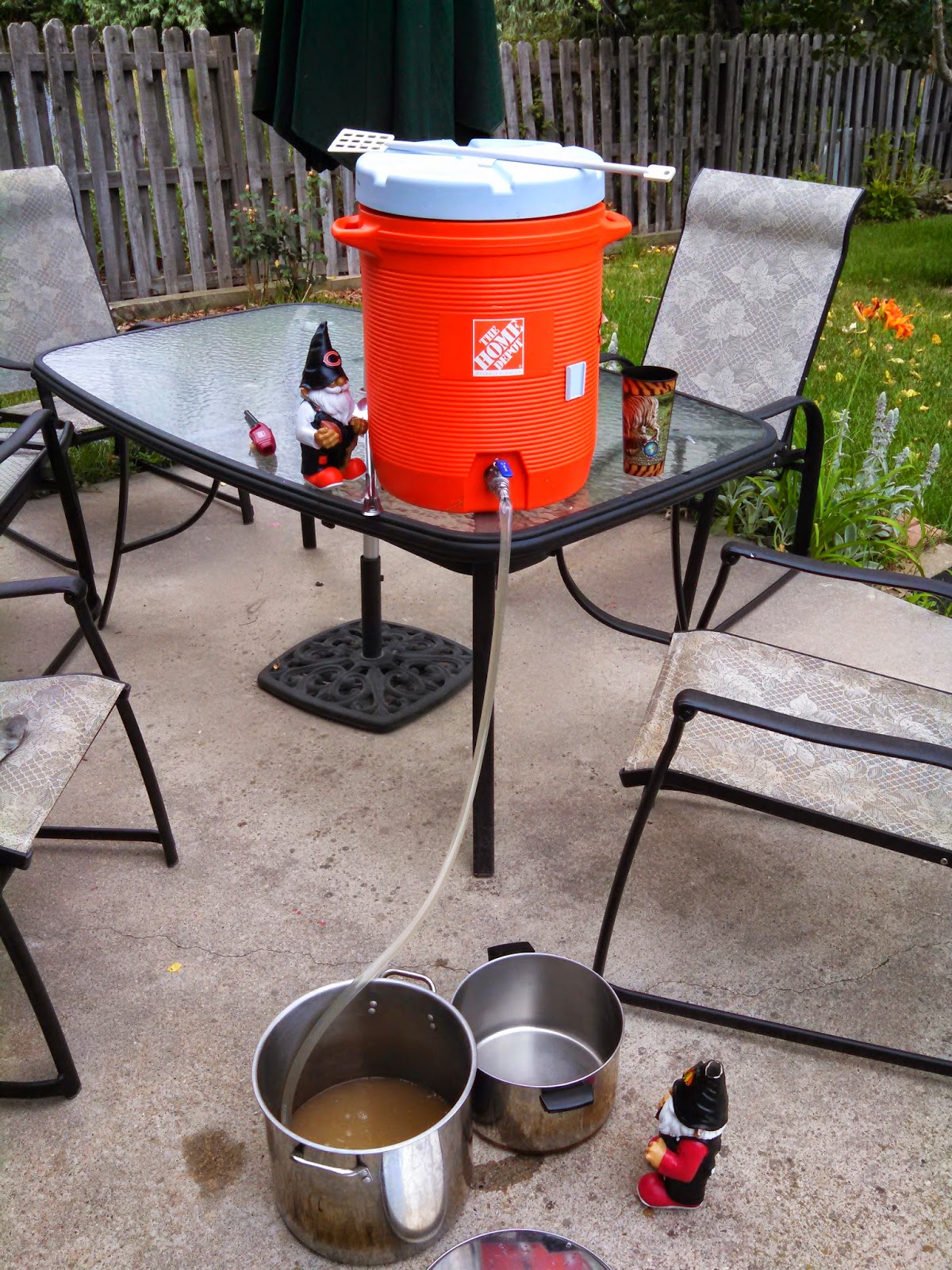 The boil went as planned. I added in an ounce of hops with 5 minutes left in the boil and then another 2 hours in after the boil was done in a 25 minute "whirlpool". This "whirlpool" period is basically just turning off the flame, but not chilling. This steeping of the 2 ounces of hops should make for a very hoppy beer. 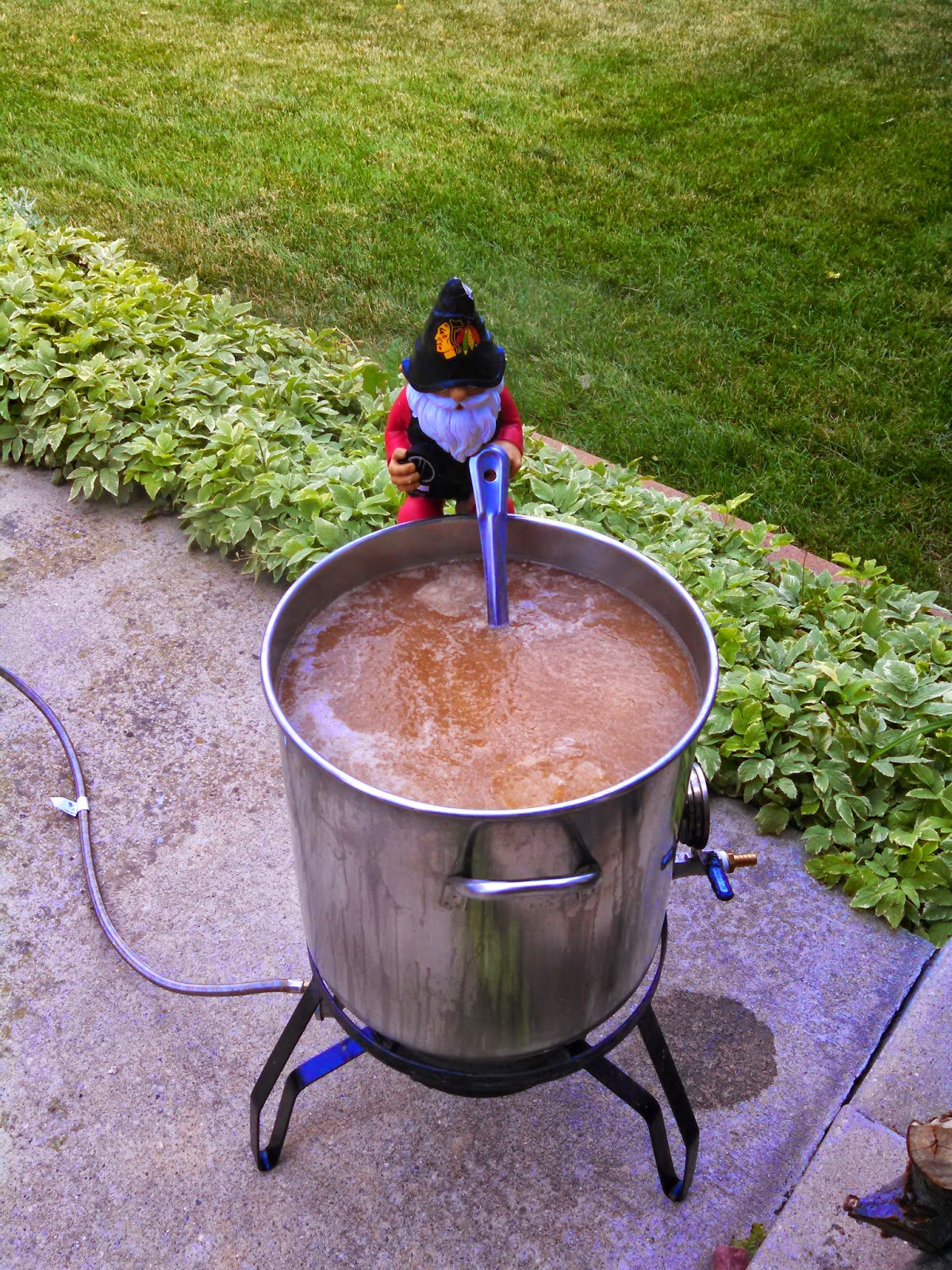 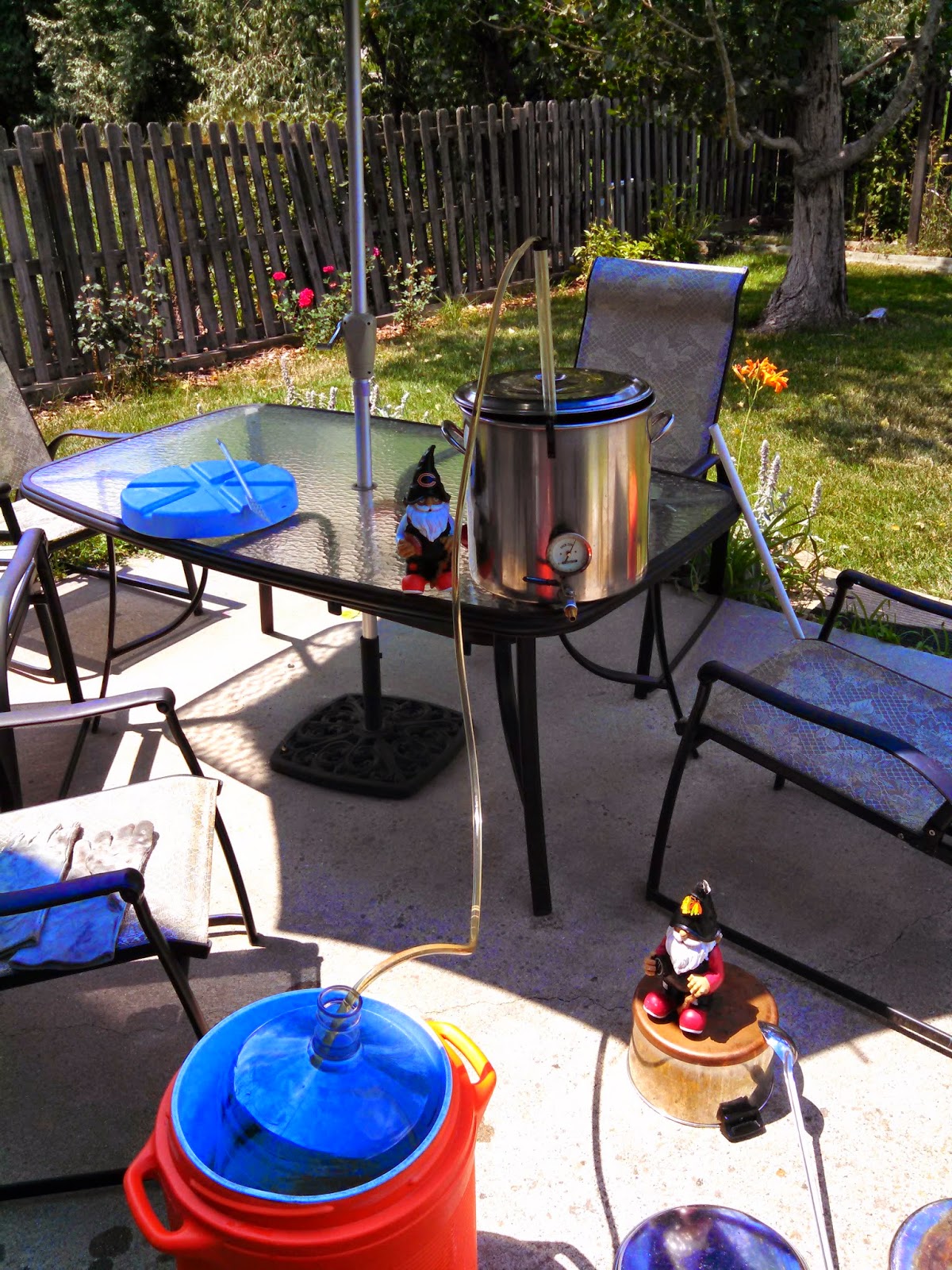 The immersion chiller got the wort down to about 70. Then I racked into the carboy and put that into an ice bath in the gott cooler. I left it in there long enough to get the wort to around 60 degrees.

I pitched the yeast at this cold temperature. I hope this doesn't cause fermentation problems. We'll see.

I am looking forward to drinking this beer in a few weeks. I'll let you know how it goes.