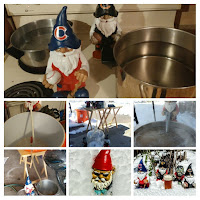 I have a blueberry beer in my Kegerator.

Brew day was actually on April 30. I put it in a secondary fermentor on blueberry puree on May 13. I kegged it just a few days ago on the 21st.

Blueberry Beer is something the Beer Model really enjoys. I think out of all the fruit beers, blueberry is probably her favorite. Come to think of it, it is probably my favorite fruit beer as well.

Surprisingly this batch of beer is only my third since I came up with the recipe way back in 2012. 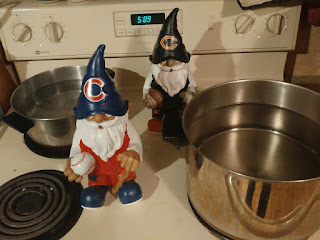 The way I make fruit beers is that I will make my standard base "wheat" beer recipe. Once it is done fermenting, I rack the beer on blueberry puree and some blueberry flavor extract.

I let this sit on secondary for a few days to a week. Then I keg. I will taste the beer and add more flavoring to taste. 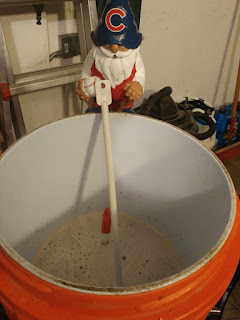 This process turns out well. The trick, of course is to add enough blueberry flavoring so that you can tell there is blueberry in there, but not so much that the wheat beer flavor is over-powered. 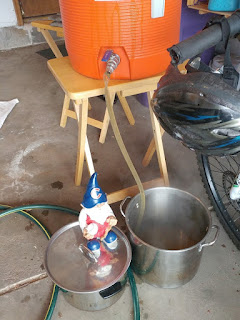 So, I brewed the base beer on the last day of April. The day before had been real snowy, so I started the process in the kitchen and then continued in the garage.

I did decide to do the boil out on my patio, though. 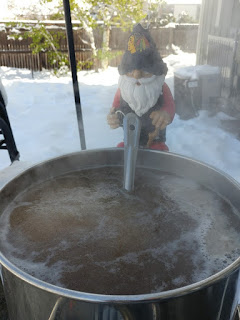 Brew day was long enough ago that I don't remember for sure, but I don't think there was anything particularly non-standard about anything that happened during brew day. 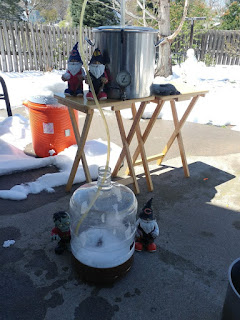 I got the whole process done early enough to be able to enjoy a Helles in a Hand Bock-sket afterward. 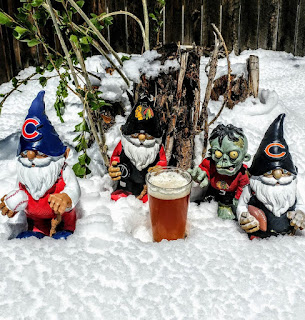 Racking onto the blueberry puree went smoothly too. The primary fermentation went longer than I had originally planned. The gravity was not as low as I expected it to be, but not so much that it was a problem.

The base beer still tasted delicious. 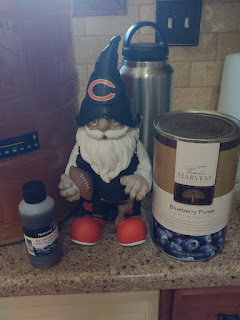 Adding beer to blueberry is always sort of fun because the beer goes from a standard pale yellow wheat beer color to a purplish pink. 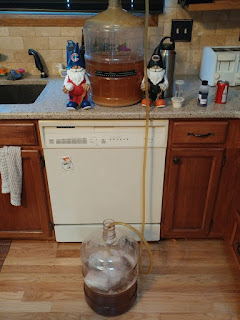 I actually had enough base beer that I still had about half a gallon left after filling the 5-gallon carboy with blueberry and beer.

I decided to put the left-over beer in a growler. 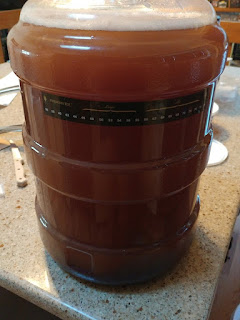 And then this past weekend, I kegged.

Most of the blueberry puree was on the bottom, so I kept most of the actual blueberry out of the keg.

So... I filled up the keg with the growler of beer I had kept as left over. 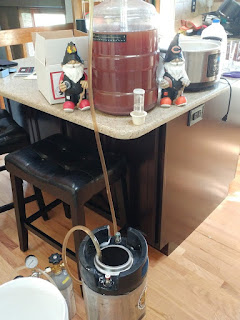 So, the beer has been carbonating for the past few days .. the sample tasted nice going into the fermentor. I don't think I'll add any more blueberry flavoring, but we'll see what the Beer Model says.

We'll probably try it out this weekend.