Recently, I asked my wife what I should brew next for "her" side of the keggerator.

Her answer was Buckwheat's BPA or Ello Poppet. I have brewed Buckwheat 11 times. Ello Poppet only once. I call Ello Poppet a Czech-Style Pilsner, and it is pretty hoppy with 6 different types of German (mostly noble) hops.

So, Last Sunday I decided to brew 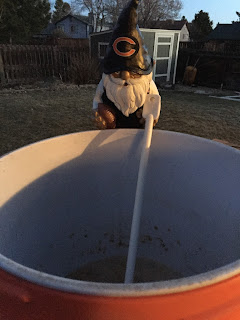 Sort of a weird way to do it. We'll have to see if we get much DMS. If not, I might do this more. 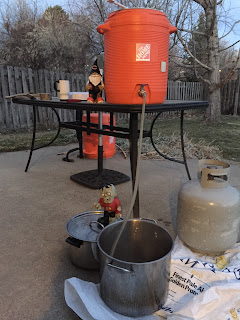 Anyhow, I pretty much hit all my numbers and got around 5.5 gallons into the fermentor.

I chilled the wort down into the 40s before pitching the yeast and adding Clarity Ferm. 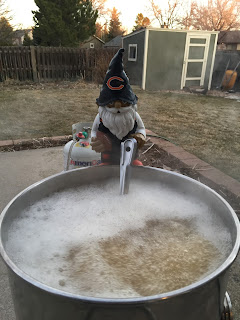 I pitched 2 packets of dried yeast, and fermentation was well under way by the time I got up the next morning.

I only kept the fermentation temperature in the 50's for a couple days for this batch. Now, it is pretty much done fermenting and sitting at about 66 degrees to clean up some.


It will probably be another couple of weeks before I keg the beer. But, once I keg it, we will probably start drinking it after a week of carbonation.

I know some people swear you have to cold-condition lagers for a long time, but I don't usually do that. As long as the fermentation does its job, the only thing long cold conditioning really does it clarify the beer more, and I am generally fine with the amount of clarity I get with my process.

The main reason I like to drink this beer young is that this beer is really about those fresh noble hops, and I really want to enjoy that flavor before too much of that fades with age.

Trust me, it will be delicious.