June ended up with the 2nd most page-views all-time on this blog behind March. For the most part, the whole month was pretty consistent. I always thought it looked like it would come in 2nd.

Here are the top 10 viewed posts over the past 30 days:

I got an email through my Contact Me form on this blog from a guy starting a new Denver area brewery. The brewery will be called Factotum Brewhouse.

His concept is a little different than your typical brewery, though. Unique. Brilliant, really. Genius.

Factotum will give home-brewers an opportunity to brew on its system. In fact, it sounds like most of the beer served in its taproom will be brewed by home-brewers.

Read the press release he sent me below. Make sure to check out his kickstarter page. I am thinking about making a donation and I will certainly visit the brewery when it is finished. 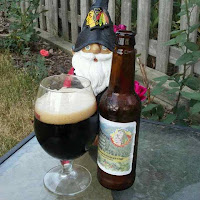 The Blackhawks won last night thanks in part to me and my little Gnome buddy. Obviously, game 6 was on the road so they were not going to be playing Chelsea Dagger in the stadium, but I took it upon myself to play it loud whenever I thought the Blackhawks needed a lift.

I was also sure to save some SheppyBrew Blackhawk Black for the final period. You may think that my choice of beverage has little to do with how the hockey team did, but you would be wrong. Tommy Hawk APA helped get them to the finals, and  Blackhawk Black helped push them to the championship.

I waited all my life to see the Blackhawks win a Stanley Cup. I just had to wait 3 years to see them win a 2nd. Hopefully I'll get to see several more.

Pictures at the Great Sand Dunes

For the third year in a row, my family went camping at the Great Sand Dunes National Park. Just like last year, we camped in a group site with the same people (mostly) that we camped with last year.

You can read all about our adventures in and around the Sand Dunes (including this post) by following this link. 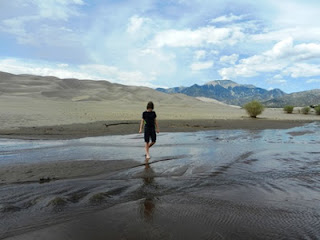 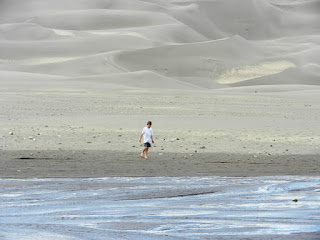 Like last year, I picked up my little boy right after school. Unlike last year, we were able to just leave straight for the wilderness because I didn't forget my wallet.

May did not did not beat the page-view record on this blog, but it did beat April and was second all-time behind March. Some days in May the traffic was pretty strong, some days pathetically light. Colorado 6 pack gave the blog a much-needed boost at the end to make the month finish somewhat respectable. 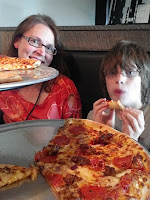