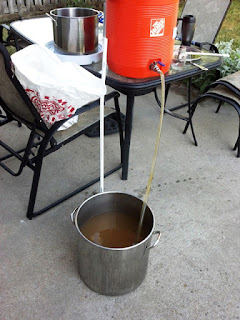 Brew day went pretty much as planned. I got started early Saturday morning. The mash temperature was pretty much where I wanted it. The pre-boil gravity was about perfect. 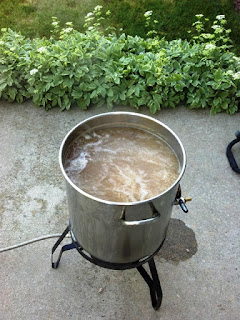 I remembered to add everything into the boil exactly when I wanted to add it. 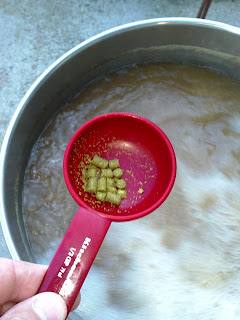 I got the beer cooled and pitched right at about 60 degrees. The OG was exactly 1.050. 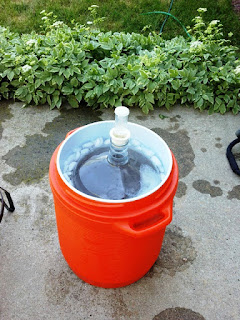 I kept the wort around 62 until the next day and let the temperature rise after that.

The beer has now been fermenting for two days and is still very active with lots of kraussen. Tomorrow or the next day, I will move the beer to my "secondary" fermentor along with a can of orange juice concentrate and let it sit for at least another week. Then I will keg it.

I'll be sure to let you know how it tastes.