Well, you may or may not remember that February was the first month in forever in which this blog did not break its "page view" record. March recovered nicely and blew past the record.

And since I know you're dying to know what people have been looking at most, here are the top 10 most viewed blog entries for the past 30 days. 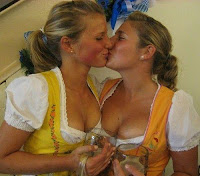 #4 ... SheppyBrew Zazzle Store Aug 3, 2011 ... Not sure why this became popular this month. No one has bought anything from the store, but someone is at least looking at it.

#9 ... Pale Ale Dec 20, 2011 ... Always popular and currently #3 on the all-time most viewed list. It is a plea to not discriminate beer based on color. It also has a cool SRM color chart which seems to get lots of attention from google images search.

And that is what people were looking at this past month.