I bought a yogurt maker 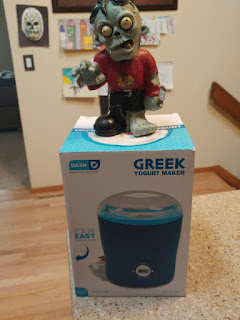 About a year ago.

I got an Amazon gift certificate that Christmas and I decided to spend some it on a yogurt Maker.

Perhaps you remember that I had been making yogurt in a crockpot. You can read about my yogurt-making adventures at Sheppy's Blog: Yogurt.

I still do make homemade yogurt about once a week. But for the last year, I've been using a device intended for making yogurt.

When it comes right down to it, the yogurt "Maker" is really just an incubator with a couple of containers. It keeps milk warm while bacteria converts it to yogurt. 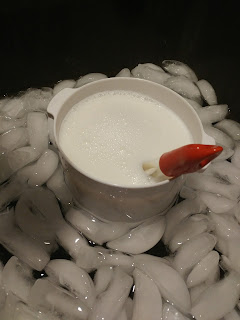 My process now is to hear about half a gallon of low-fat milk in the microwave to about 180 degrees. Then I cool the milk in an ice bath to below 110. I add around 1/3 cup yogurt, and then place the container in the incubator and let it ferment overnight. 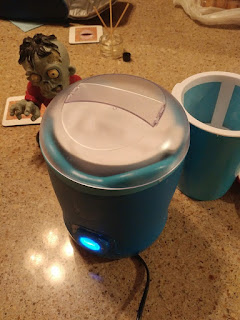 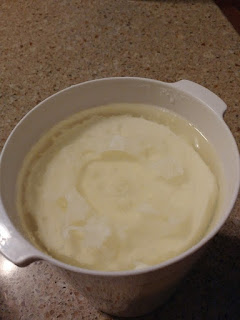 The maker included a screen to help filter off the liquid "whey" and therefore change regular yogurt into Greek Yogurt. This works much better than the straining method I used before. 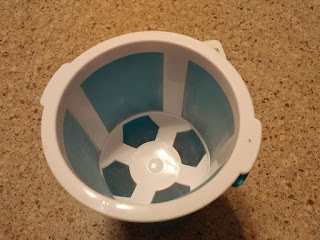 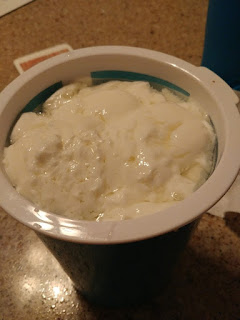 So, the crock method was fine. It made good yogurt. It was sort of cool to tell people "I made this yogurt in the crockpot".

But, honestly, using a device made for yogurt making is better. I get more consistent flavor and texture of the finished product. And clean-up is much easier (mostly just the filtering screen versus the cloth that I used to strain before).

Since I make yogurt about once a week, I've certainly gotten my money's worth. NOTE: I got my yogurt maker for significantly less money than Amazon currently lists the unit at, making it even more "cost effective".

Using the microwave to heat the milk to 180 degrees is much quicker than letting the crockpot do the heating,

The incubator part keeps the temperature more consistent without having to wrap in towels or try to apply heat for minutes at a time or placing in the oven.

The straining part is much less messy.

I feel like the end product is more consistent.

Buying the yogurt maker was a great decision for me.

Of course that just means I make it a little more often ... so not that big a deal.