2nd Batch of Helles in a Hand Bock-sket 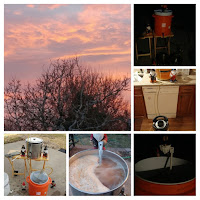 I've won blue-ribbons on two beers in my brewing "career".

One of these competition wins was in the "2013 Arapahoe County Fair Battle of the Homebrews" for Helles in a Hand Bock-sket.

It was my 5A. Maibock/Helles Bock beer for my goal to expand my brewed recipes to at least one beer in all 23 BJCP beer categories.

I remember thinking when I was drinking this beer originally (in May) how great I thought this beer was.


"I bet this would do great in a competition."

A couple months later, I entered the beer. I won first place in my category and 2nd place "Best in Show". 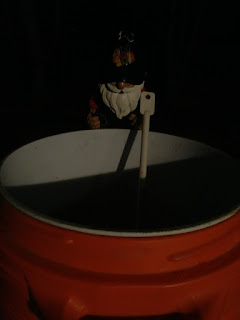 I'm not sure why I have not brewed this beer again. But, a couple Sundays ago, I brewed it for only the 2nd time.

It was another one of my early morning start times. I actually had to keg Ello Poppet and harvest its yeast while the mash was going on. 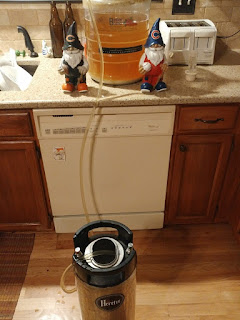 It was still dark as I was collecting wort. 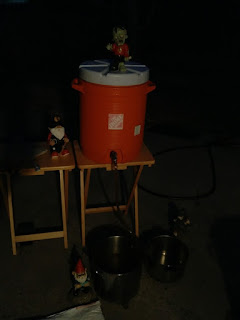 The sun was just barely starting to come up as the boil was starting. 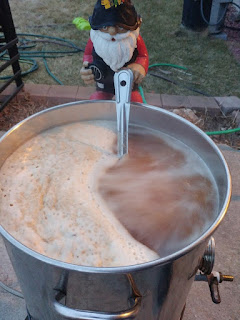 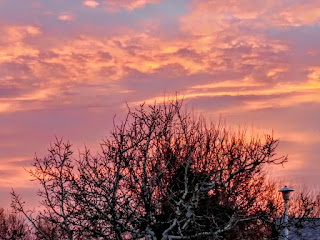 I got the wort into the fermentor early in the morning, and basically let it sit in ice to chill for a few hours before pitching yeast. 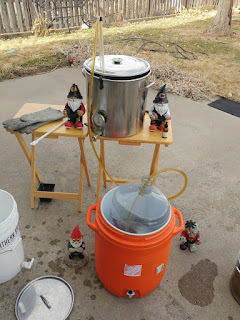 Everything went pretty smooth. I pitched the yeast lower than I usually do even for lagers, but it started up fine and fermentation is already almost done.

I am looking forward to drinking this in May.