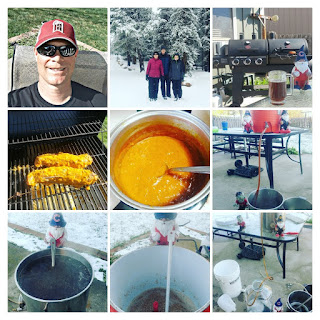 I brewed and Barbecued last Sunday.

My award-winning Sasquatch Hunter German Altbier and my first time smoking pork loin on the grill.

The Sasquatch Hunter German Altbier is the beer that won a Blue Ribbon in the Denver Region of the 2013 National Homebrew Competition.

It was my first homebrew to win any kind of recognition, so it was a pretty big deal.

For some reason, it has been 3 years since I brewed this recipe. Sunday seemed a good time to do it again.


I did my typical early-morning start to the brew day. Not as crazy early as I sometimes start, but it certainly was not a late start at all. 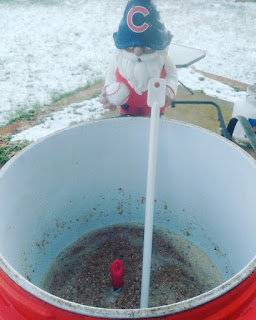 Everything went well. I got the strike temperature perfect and the mash went right at 152 as planned.

The pre-boil gravity was pretty much right on. 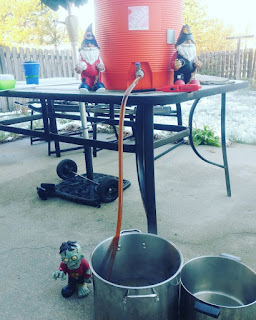 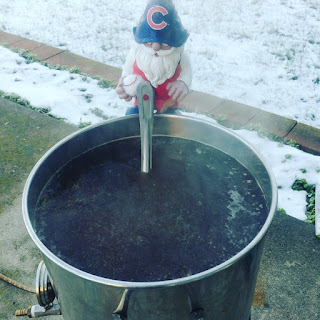 I also had these pork loins that I had to prepare....

I made a garlic / onion mixture that I pushed into the meat. I also applied a rub. I didn't write down my rub recipe this time, but it was likely very close to the pork rub on Some useful Recipes for Barbecue if you want to try something similar. 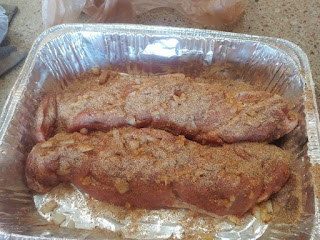 I let the rub sit on the meat for awhile.

In the meantime, I finished up my brew day ... chilled the wort. Racked to the fermentor. Pitched the yeast. You know the drill. 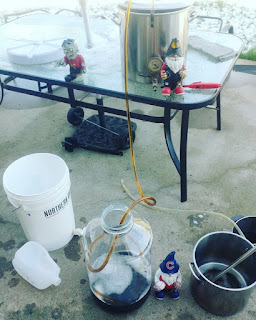 I also didn't write it down, but it probably had things like beer and mustard in it. Maybe a little kombucha or apple cider vinegar. Perhaps some lime juice. Garlic. Onions. Different spices. Honey. Typical mustard based BBQ Sauce ingredients. 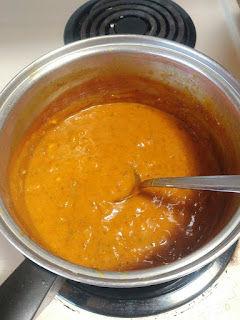 I had intended to smoke at 225 for 3 hours and then add the sauce at 400 or so for another 45 minutes. Then finish it off with a half-hour rest.

As often happens with me, though, time got away from me and I had to condense that time line. 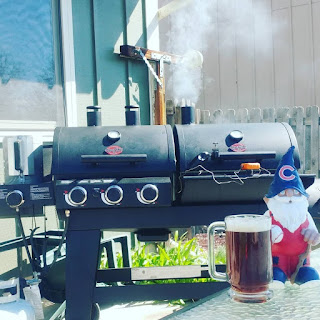 I didn't get the pork on the smoker until almost 3pm. I started it out at about 260 and smoked it for around 2 hours with hickory smoke, averaging about 250 I think. 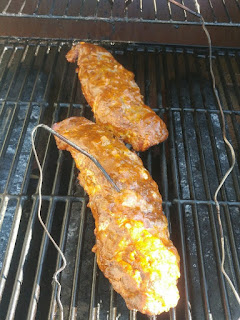 The pork was then able to rest for about half an hour before we ate it.

The pork loin was good. It was perhaps a bit overdone, but not too bad. Lower and slower probably would have helped.

But it was great and made great leftovers a couple times during my work week.

All in all a busy productive day at the "Brewery and Smokehouse".