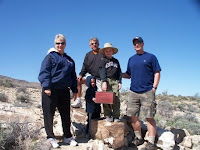 On Tuesday, we loaded ourselves in Grammy's and Papa Lou's Durango and headed out to the Valley of Fire Nevada State Park. I have to say it was really cool. There were lots of red rock formations, some of which we were allowed to climb on. We saw 4000 year old petroglyphs. It was pretty awesome. We even got to do a geocache on the way to the park and drop off a travel bug we picked up on our last geocache in Colorado. This one is an alligator that comes all the way from Florida. I do not know if this poor guy will like the Nevada desert! 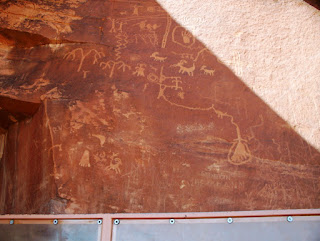 This is a picture of some of the 4000 year old petroglyphs. 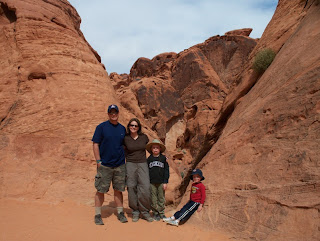 This is a picture of the CO Shepards among the Nevada Red Rocks. 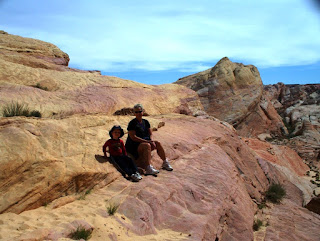 Connor taking care of Grammy while the rest of us go on a hike. 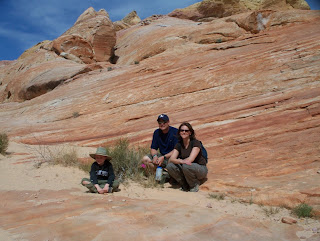