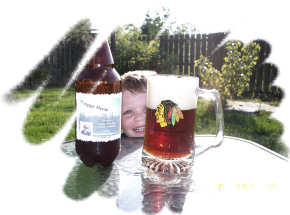 When I shared my latest brew day for Stone Soup (see Another batch of Stone Soup), I mentioned that my next batch was going to be Eric's Irish Red.

I've made 6 batches of beer called Eric's Red, making it one of the most brewed beers at SheppyBrew brewery. In fact, only Buckwheat's Belgium Pale Ale (brewed 9 times) and my world famous Phat & Tyred Amber Ale (brewed 7 times) have been brewed more. For a long time, I considered Eric's Red to be SheppyBrew's "flagship" beer. But, I have not brewed it in over a year. And, strangely, until recently I didn't even convert the recipe to all-grain. In fact, all the Eric's Red iterations so far have been based on Mr. Beer Bewitched Red HME with Mr. Beer Mellow Amber UME. Very old-school. I always intended it to be one of my first all-grain conversions. I just never got around to it .... until now.

Eric's Red has always been a beautiful deep red color with substantial body and great head formation and retention. It has been on the malty sweet side of the BU:GU ratio. It has always been around 5% ABV, which makes it a session beer in my mind.

My all-grain recipe has a bit more bitterness on the BU:GU scale, but I would still consider it balanced. I am shooting for the same color and using the same finishing hops I used before. I'm using a clean-fermenting neutral yeast. I think it will make a nice Irish-style Red Ale.

I'm thinking that I'll brew it up this coming weekend. Should be fun. Be sure to ask for it next time you find yourself at the SheppyBrew Brewery. 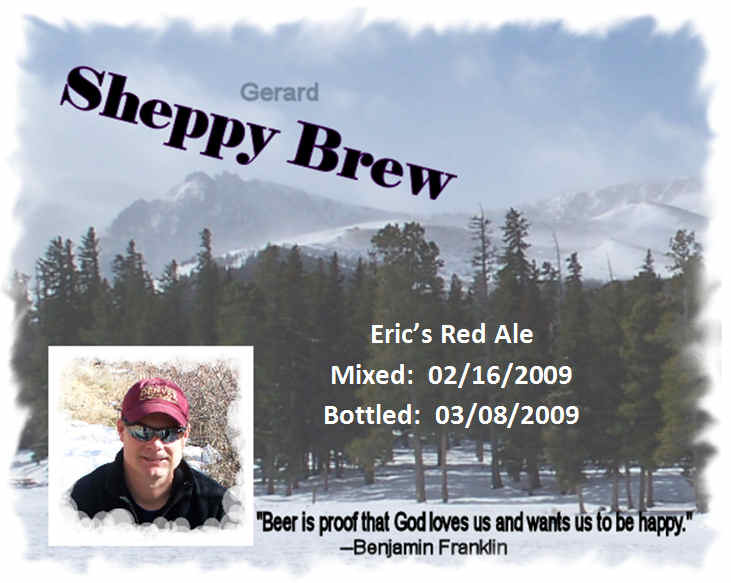