Another batch of Stone Soup


Might #HomeBrew this weekend but don't know what. Irish red? Black IPA? Regular IPA? Belgium black specialty ale? What do you think?

I got a vote for Irish Red (which would have been my new recipe of Eric's Red), and I got two votes for Black IPA. Since I really could have gone either way (and my wife didn't chime in with her typical override power), I found myself at the Brew Hut Thursday grabbing the ingredients for my Stone Soup IDA.

When I told Jeff (one of the guys who works at the Brew Hut) the grain bill and he saw the hops I was grabbing, he recognized that I was making a Black IPA. He mentioned that he hadn't brewed a Black IPA in awhile and really needs to make one. I told him that I have been telling myself forever that I need to make this recipe, but just never get around to it. Too many other beers to brew. If you brew beer, you probably know the feeling. He certainly did. 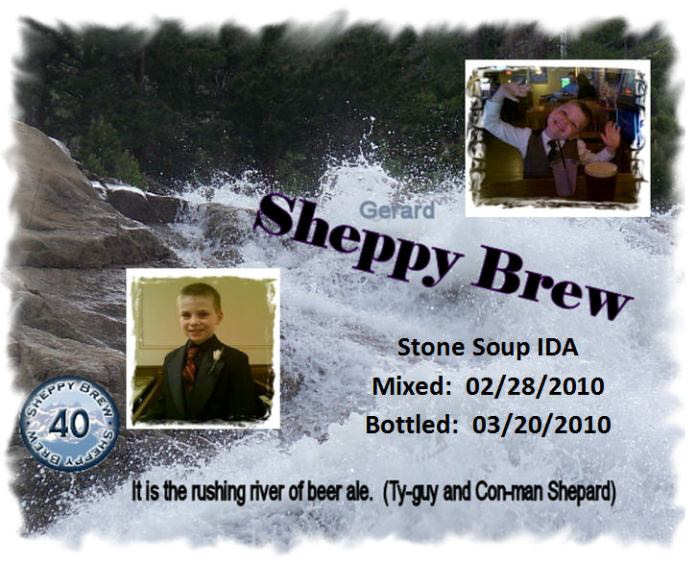 Anyway, this recipe is a bit different than the first one. The original Stone Soup was an extract beer. This one is technically a partial - mash. I almost want to call it all-grain, because the LME I am using is such a low percentage of the total fermentables, but still, it is a partial mash. I am using darker malts for color and more of them to get a blacker color than the first recipe. I also removed the honey to bring down the simple sugar content and total ABV. For the most part, though, I expect this to be very similar to the original batch. 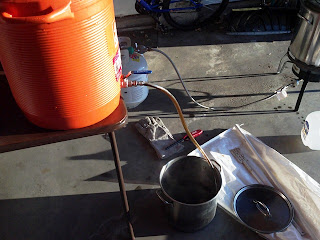 Brew day was pretty smooth. Our back porch is still under snow, so I brewed in the garage.

Turns out we were almost out of brown sugar. I decided to change the recipe rather than go to the grocery store. That shouldn't be a big deal.

The mash went perfect. The temperature was a very consistent 152 throughout. I hit my pre-boil gravity and volume perfectly.

The boil went pretty much the same. No complaints. I ended up a bit high on the OG and a bit low on the final volume in the fermenter. I think I need to adjust my planed boil-off rate, but I am ok with adding water to adjust. 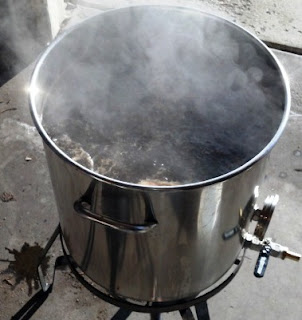 I pitched right at 65 as planned. This morning, there is activity. I am using a blow-off tube right from the beginning on this one.

I will be dry-hopping in a couple of days.

This will be an awesome beer.

This batch puts SheppyBrew's total number of gallons at almost 98. Not too long ago, I mentioned that I didn't think that I would hit the 100 gallon mark for 2011 (see "100 Gallons of Beer"). Now, I think I might brew a little Mr. Beer-sized batch just to be able to say I did get to 100 gallons. Man, that is a lot of beer.

Turns out that had I waited to count the votes, I would have gone with Eric's Irish Red. After I bought my ingredients, I got another vote on Facebook. I noticed later that I actually got a tweet from a guy on Twitter. So, most likely, I will be brewing Eric's Irish Red next time I brew.