If you read this blog at all, you probably have at least an inkling that I am a Chicago Blackhawks fan.

If you read this blog at all, you probably suspect that I like to brew beer.

Ok ... actually, if you read this blog at all, you know I am obsessed with both.

Blackhawk Black Ale combines two of my obsessions, as it is a homebrew named after my favorite hockey team. I first brewed Blackhawk Black Ale  in late 2009 as an attempt to clone New Belgium Brewery's 1554 Enlightened Black Ale. Back then, it was a partial mash. Obviously, I have since converted it into an all-grain recipe.


The beer didn't really turn out like 1554, but I eventually decided that I would rather develop this beer with its own character, a SheppyBrew original. I still refer to it as a 1554 "tribute", but not a clone. It is nice, smooth, and black like 1554, but has an unmistakable citrus flavor from Columbus hops. It isn't enough to mistake the beer for a Black-IPA, but it is noticeable. I've decided that I like this character in my black beer. 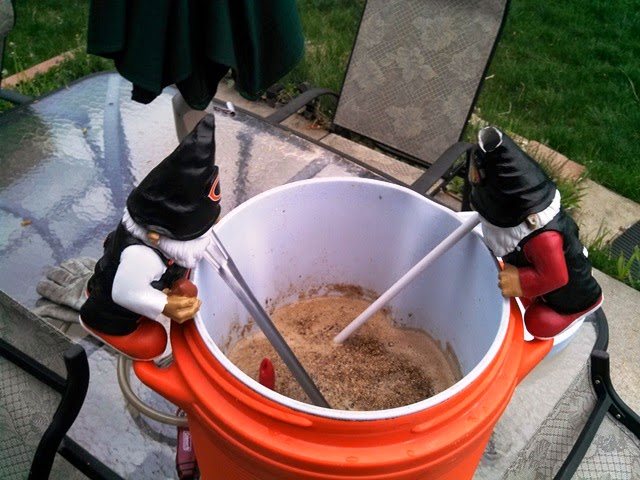 I like to have Blackhawk Black and/or Tommy Hawk APA during the Stanley Cup playoffs. It is well-documented that if I drink these beers, it helps the Blackhawks win. Obviously, they would not have won the Stanley Cup in 2010 or 2013 without me and my beer selection. (See Chelsea Dagger 2013 and 2010 Champions) 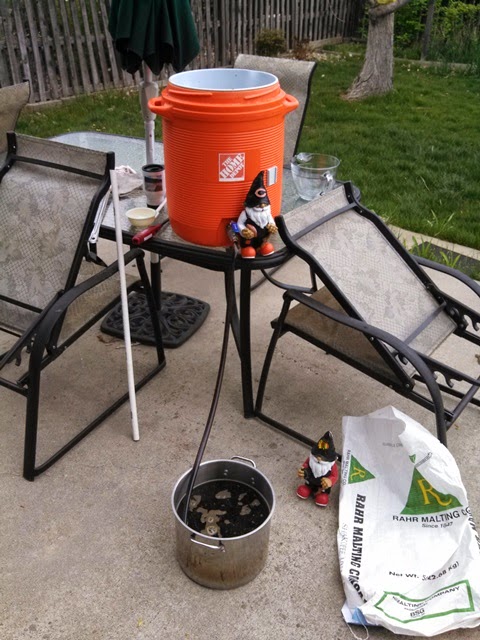 And the 2014 Stanley Cup Playoffs began without very much Blackhawk Black or Tommy Hawk APA in inventory at all.

I had to brew some to give my team a chance to win another Stanley Cup this year.

I did brew some Sunday. Yes, I did. I brewed some SheppyBrew Blackhawk Black Ale. 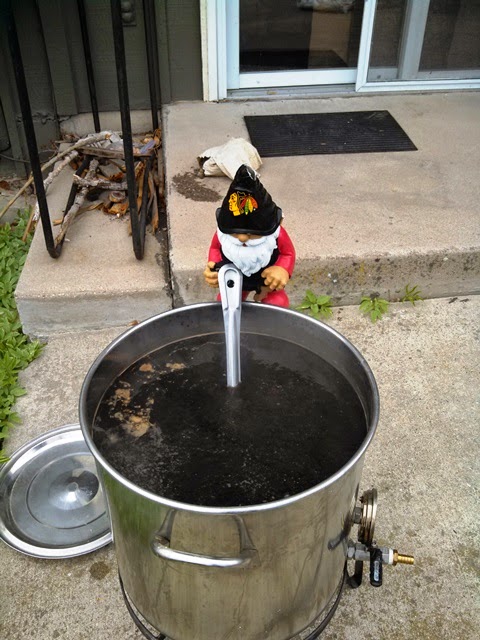 Brew day went fine. Perfectly, really. I got started a little later than usual. In fact, the sun was actually up when I started.

The mash went fine. I overshot the original temperature, but a little cold water brought it down to where I wanted it to be.

The chilling of the beer to 70 went quickly, then I racked into my carboy and left it in ice water while I went to church.

I pitched my starter of yeast at 62 degrees.


I got the brew day done before the BlackHawks played at 1 pm, defeating the lowly Minnesota Wild. I even popped open a bomber of the last batch I'd brewed of BlackHawk Black. This is a beer that ages real well, and it was still fantastic. It also helped push the BlackHawks to victory.

Currently, the beer is bubbling away in the fermentor. The yeasty beasts seem to be happy, and I expect this will turn out wonderful again.

I expect to be drinking this in about a month. Hopefully the Blackhawks can make it until then. We'll see.