Saturday, we needed something to do. I decided to take the family on a hike in Pike National Forest. Before the kids were born, my wife and I had done the Devil's Head Fire Lookout Trail, but the kids had never been there and I thought it was something they might enjoy.

The drive to the trailhead took longer than I remember. This might be part of the reason we've never brought the boys. But, after about an hour and a half, we were in the National Forest Recreation Area. 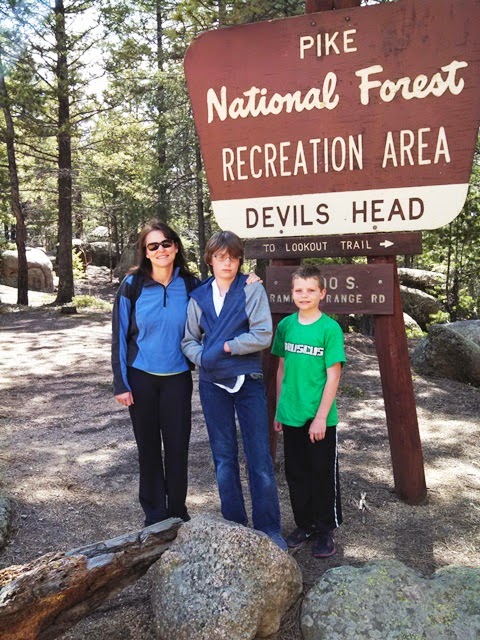 I had loaded a couple of geocache coordinates into my GPS, and my youngest found the first one "Hot Wheels Trading". We were the first to log a visit in almost 8 months. It would not be real easy to find the snow, and besides, I think the road to this area is closed most of the winter. 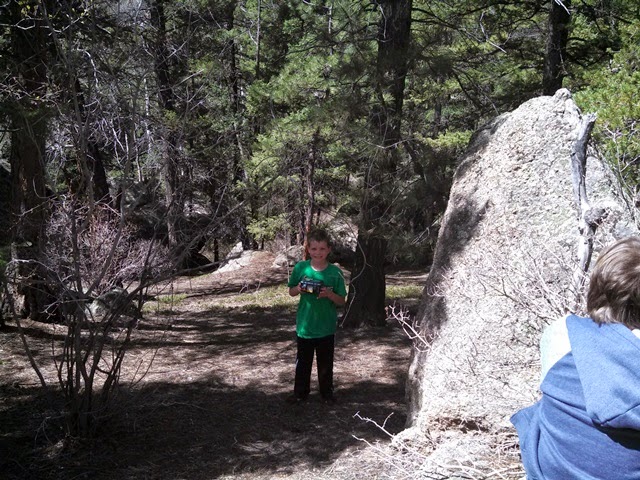 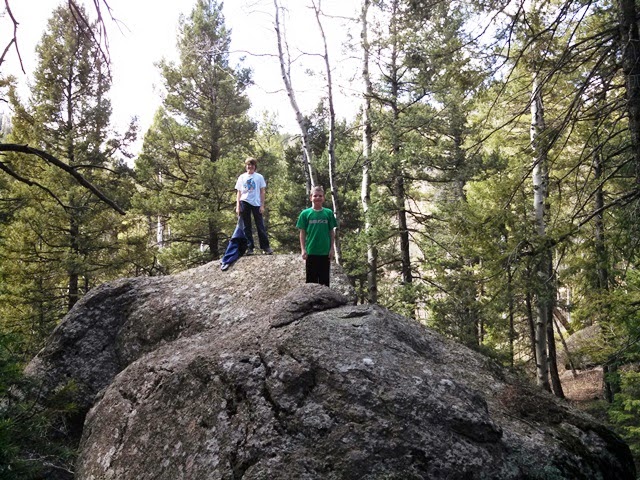 Then we started the hike up the trail. There was significant elevation gain, but the trail isn't too long and we took our time so it was not a difficult hike. There are lots of rocks and other distractions along the way that the boys explored and climbed. 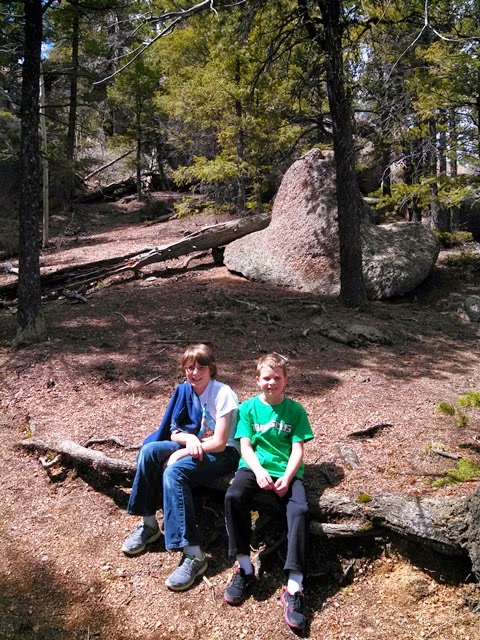 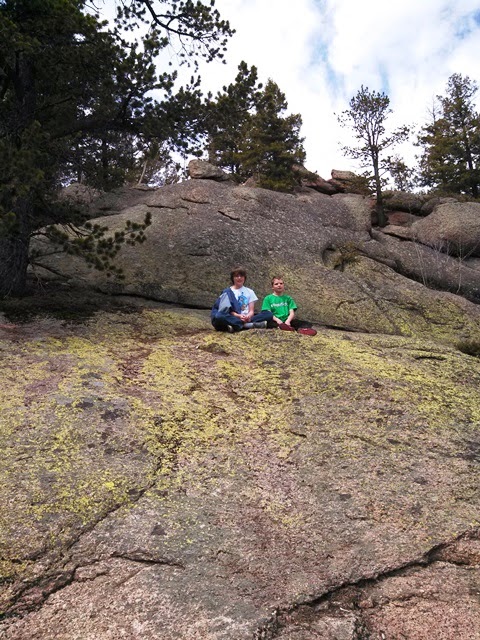 Some of the views were spectacular. My stupid little phone camera doesn't do it justice. You'll just have to go yourself to understand. 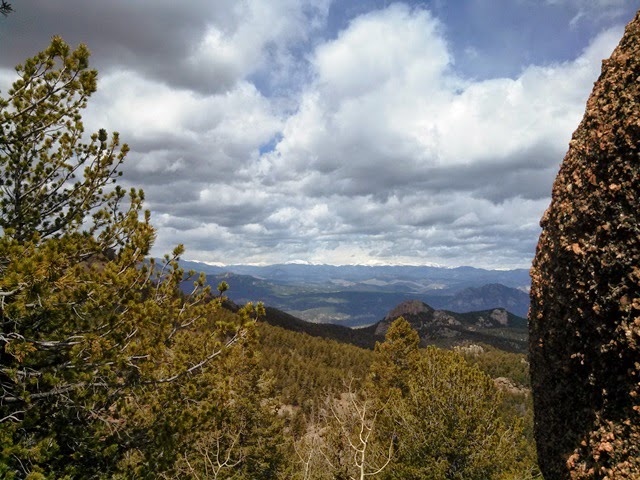 A second geocache "The Devil's Chimney". Was along the hike. This one involved a little rock climbing. It was an easy find other than the little climb necessary. My oldest son thought this cache was one of the coolest ones he's ever found. 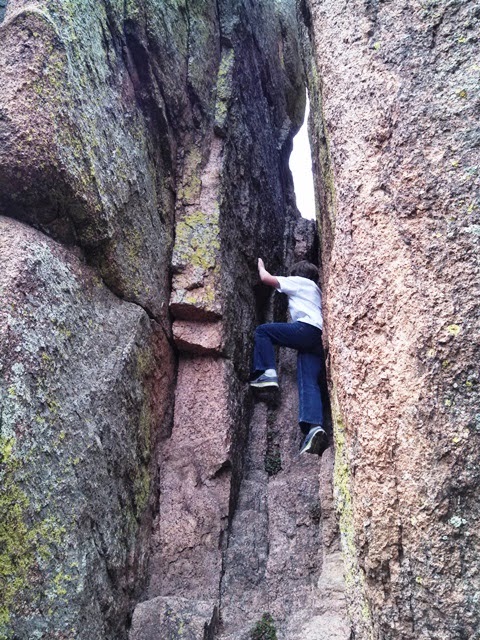 We had lunch along the trail. 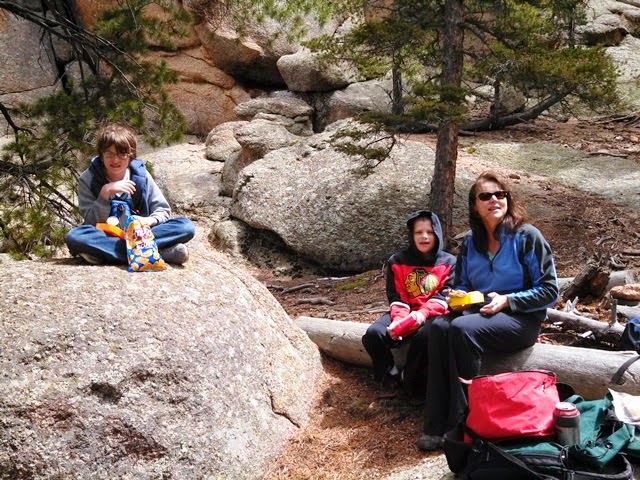 Eventually, we got to an area at "the top". There is a little cabin for the fire lookout person, and stairs up to the tower itself. 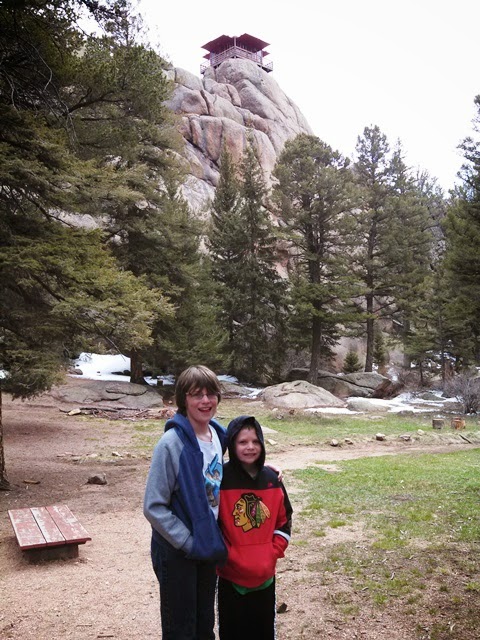 We climbed those stairs to the top of the tower. Again, the views were spectacular, but my camera didn't really do them justice. By the time we got up there, it was pretty overcast as well. 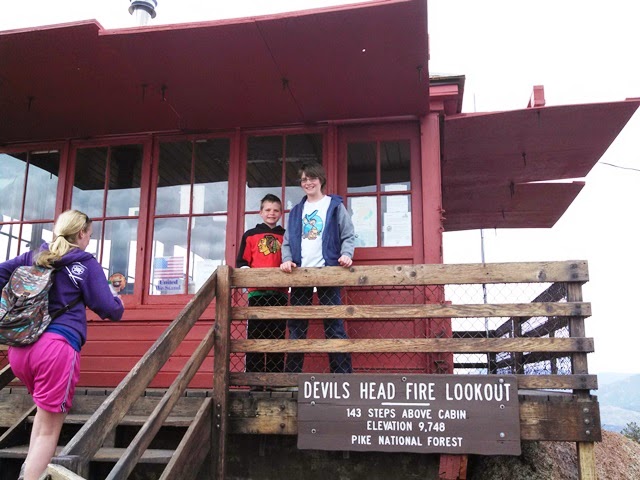 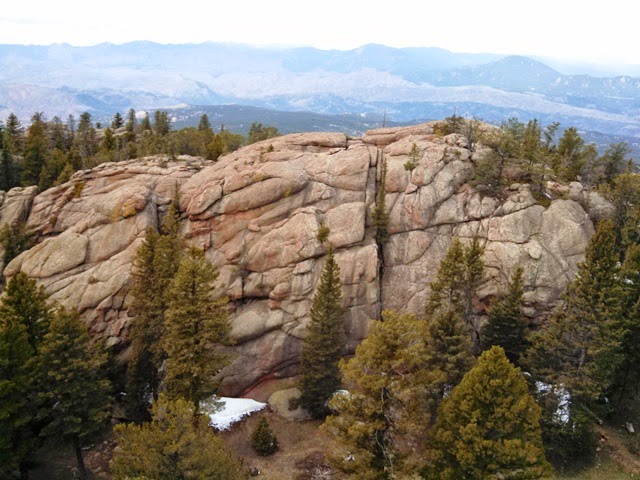 After spending some time up there, we hiked back down. The boys really thought this was a cool hike. I'm glad they liked it.