"To be honest, I picked up another one of these in Florida. I'll "officially" check it off the list after I blog about it."

Here I am blogging about it. The beer I picked up in Florida was Founders All Day IPA.

It sort of sucks that Colorado doesn't get Founders beers, when Florida does. I am not going to complain about it, though. It is what it is, as they say. At least I was able to pick this up. 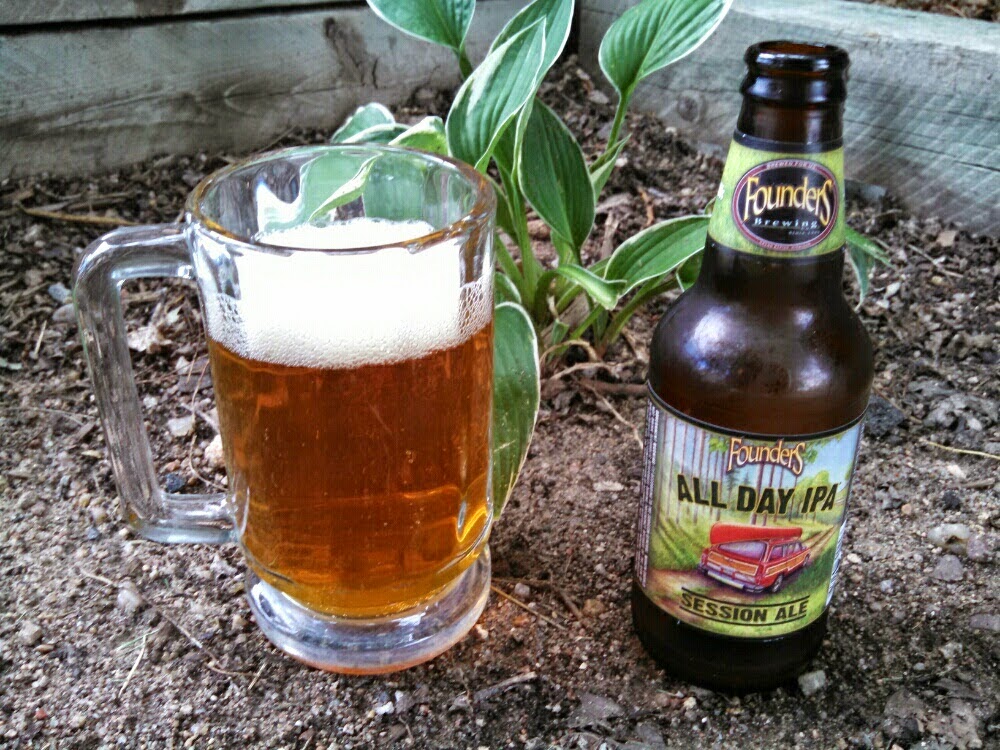 All Day IPA is one of these new "session IPAs" that seem to be becoming more and more popular. To be honest, I'm not sure I completely understand the trend. To me, we already had a style of beer that most of these fit into .... Category 10A American Pale Ale (APA). This beer is 4.7 abv, which is in the APA range. It has 42 IBU, which is in an APA range. You might say it has a little more hop character than some APA's, but I don't think enough to bring it out of style. I have certainly had beers named APA that has more hop character. It might be a bit dry in the finish, with perhaps less malt character than you would associate with an APA, but again, not really out of the range of other APA's I've had.

To me, this beer is an APA. I refuse to think of it as a "Session IPA".

But then, I don't really care what you call it; the beer is delicious. It is hoppy to be sure and refreshing and you can drink more than one on a hot summer day without getting to loopy. It is really good. I am fine with this beer being on this list.

The beer you’ve been waiting for. Keeps your taste satisfied while keeping your senses sharp. An all-day IPA naturally brewed with a complex array of malts, grains and hops. Balanced for optimal aromatics and a clean finish. The perfect reward for an honest day’s work and the ultimate companion to celebrate life’s simple pleasures. 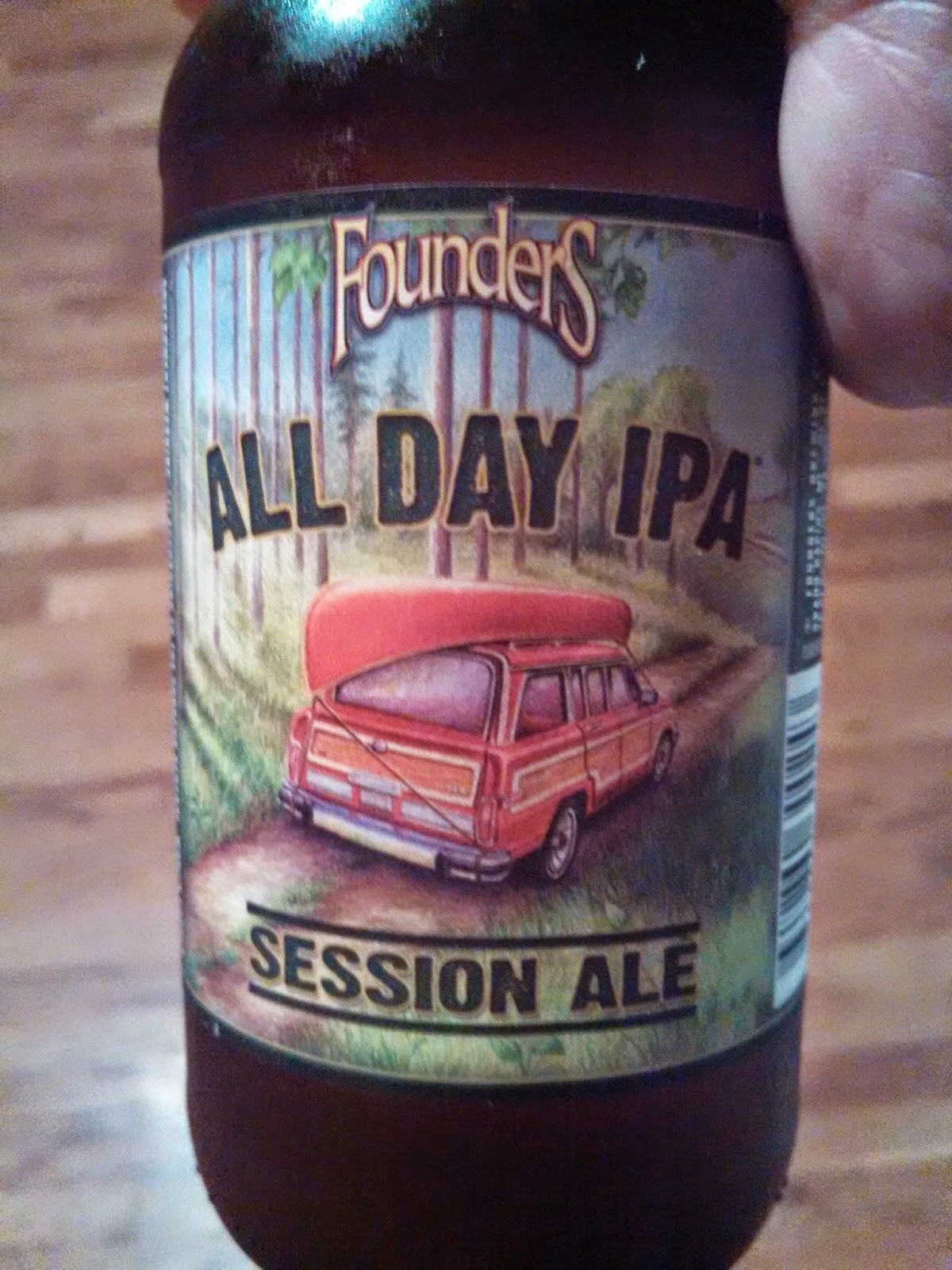 Now that I can mark this beer of my list, I have 7 more beers to try on the 2014 Zymurgy List.

As always, you can check up on how I am doing finding these beers (including the blog post you are reading right now) at Sheppy's Blog: Zymurgy BBIA
Posted by ESheppy at 7/16/2014 06:42:00 AM