I brewed Sunday. Earlier last week, I had been thinking about doing a Summer Saison, but I never made it to the Local Home Brew Shop (LHBS) with the Saison yeast that I like. Saturday, I dropped by the newer, closer LHBS that I mentioned in Brewing Buckwheat's BPA (again). to pick up grains for the Summer Lovin base beer that I use for most of my fruit beers.

This newer, closer LHBS didn't have honey malt, so I substituted a Crystal 15. Sometimes that is how recipes come to be.... just grab was it available and see what happens.


See the recipe on the SheppyBrew website at Sunny Pineapple Wheat. NOTE: I'm not sure I'm keeping that name. We'll see. 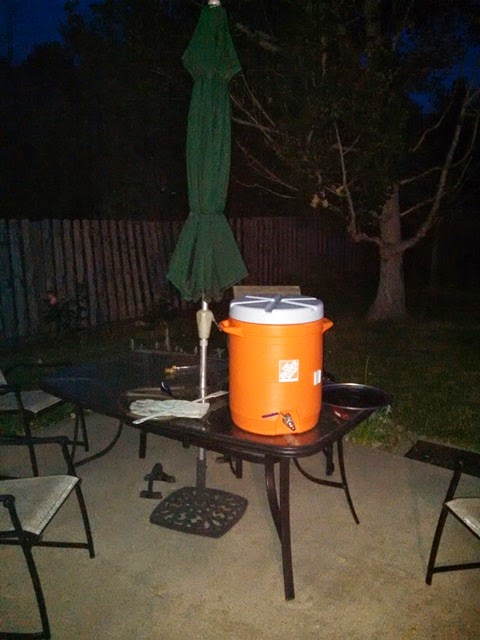 I got an early start, but not ridiculously early like sometimes. According to the SheppyBrew Facebook page (please go like us if you have not already), I was mashed in at 5AM. I let the mash go a couple of hours, during which time the temperature started at 150 and ended up at 140. Not sure why my mash tun is losing heat so quickly. This is ok for this batch, but I hope to figure it out for fuller body beers. 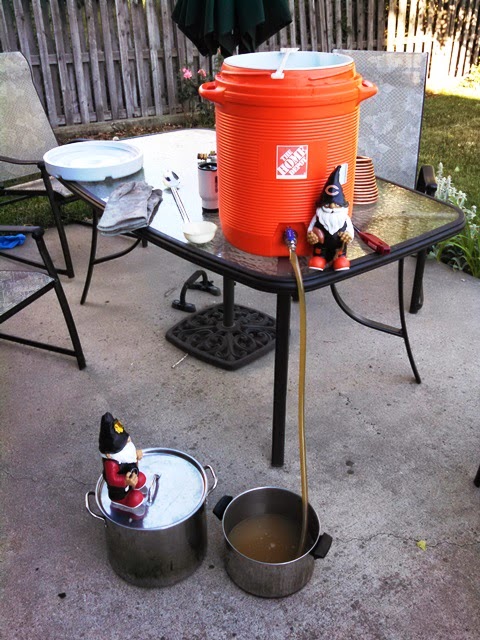 I got the wort collected before time to go to church, and left it until I got home. Coming back, the first wort hops smelled SOOOOOO good. 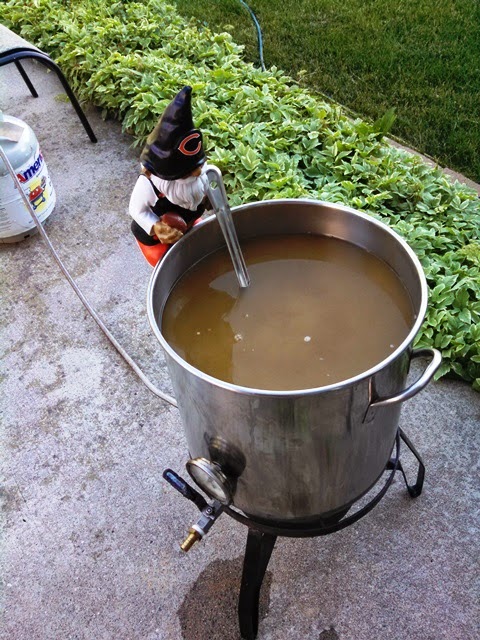 The boil was pretty uneventful, except I ran out of propane. Luckily, I had a spare tank ready to go. 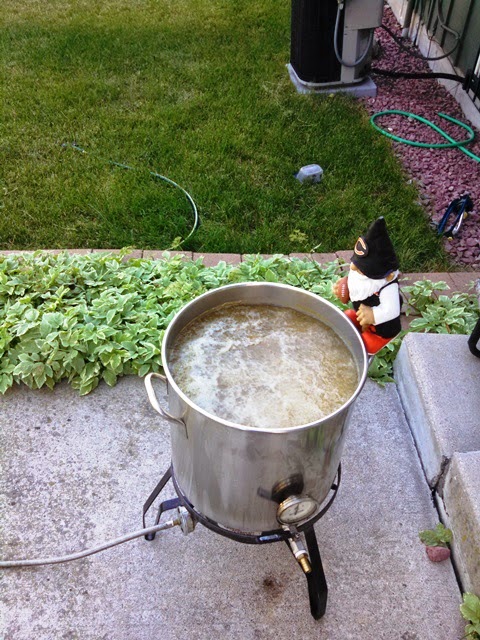 I got the beer cooled into the upper 70's, and transferred it to the carboy. Then, as I usually do, I put the carboy in ice water for a couple of hours until it was down below 60 degree. 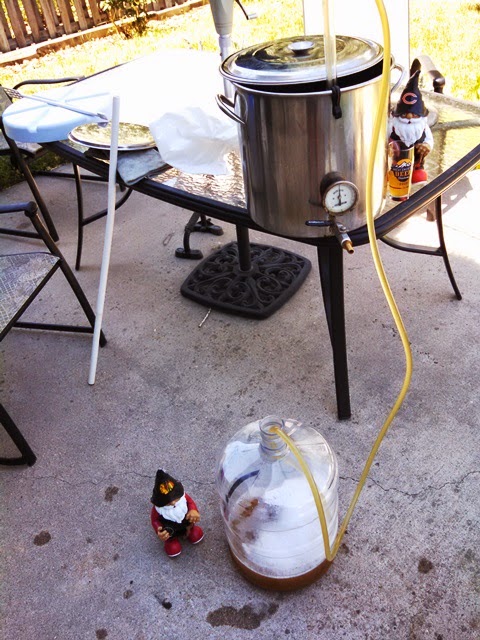 I pitched the yeast and let it sit in the "brewery" with milk jugs filled with frozen water overnight. In the morning, things were starting to really get going, and the temperature was up to 64 degrees. At that point, I considered putting in a blow-off tube, but forgot about it as I got ready to go to work.

When I got home, the air-lock had popped out and foam was making its way out of the carboy. Amazingly, the mess was very minimal. The temperature was also already up to 68 at this point. 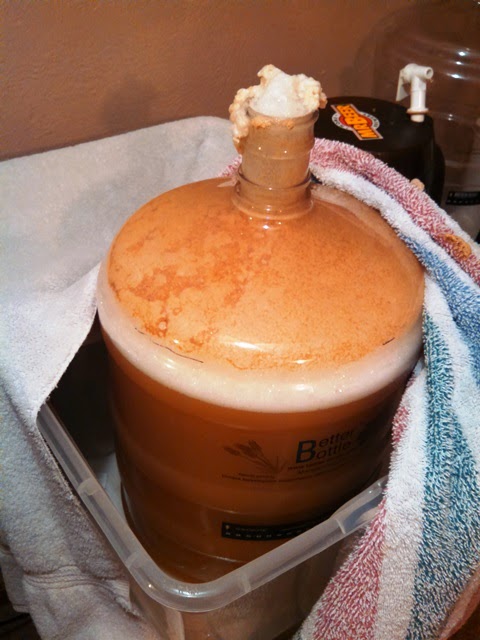 I put in a blow-off tube and let it go again overnight. The next day, the kraussen had fallen and the activity has really slowed down. I put the airlock back in. I got home from work last night and the temperature was 63 or so, and the fermentation was pretty much done.

I took a gravity sample thinking that it would be pretty high with a sickeningly sweet flavor. I was pleasantly surprised with a 1.014 gravity and a nice tasting beer. I'm sure it will come down a little more over the next few days, and probably even more when I put it in secondary.

I am happy with the beer so far.

I'll be sure to let you how it turns out. It may be another post on this blog, but more likely it will be a comment on the recipe page for Sunny Pineapple Wheat. If you follow me on twitter, or like our facebook page, you'll almost certainly see how it turns out.