So, you may remember that I brewed the base beer for a pineapple what a few weeks ago. If not, feel free to check out Pineapple Wheat Brew Day . When I make a fruit beer, I add the fruit flavoring after primary fermentation is done in a secondary fermentor.

For this Sunny Pineapple Wheat, I decided to add the fruit by using frozen concentrated pineapple juice. 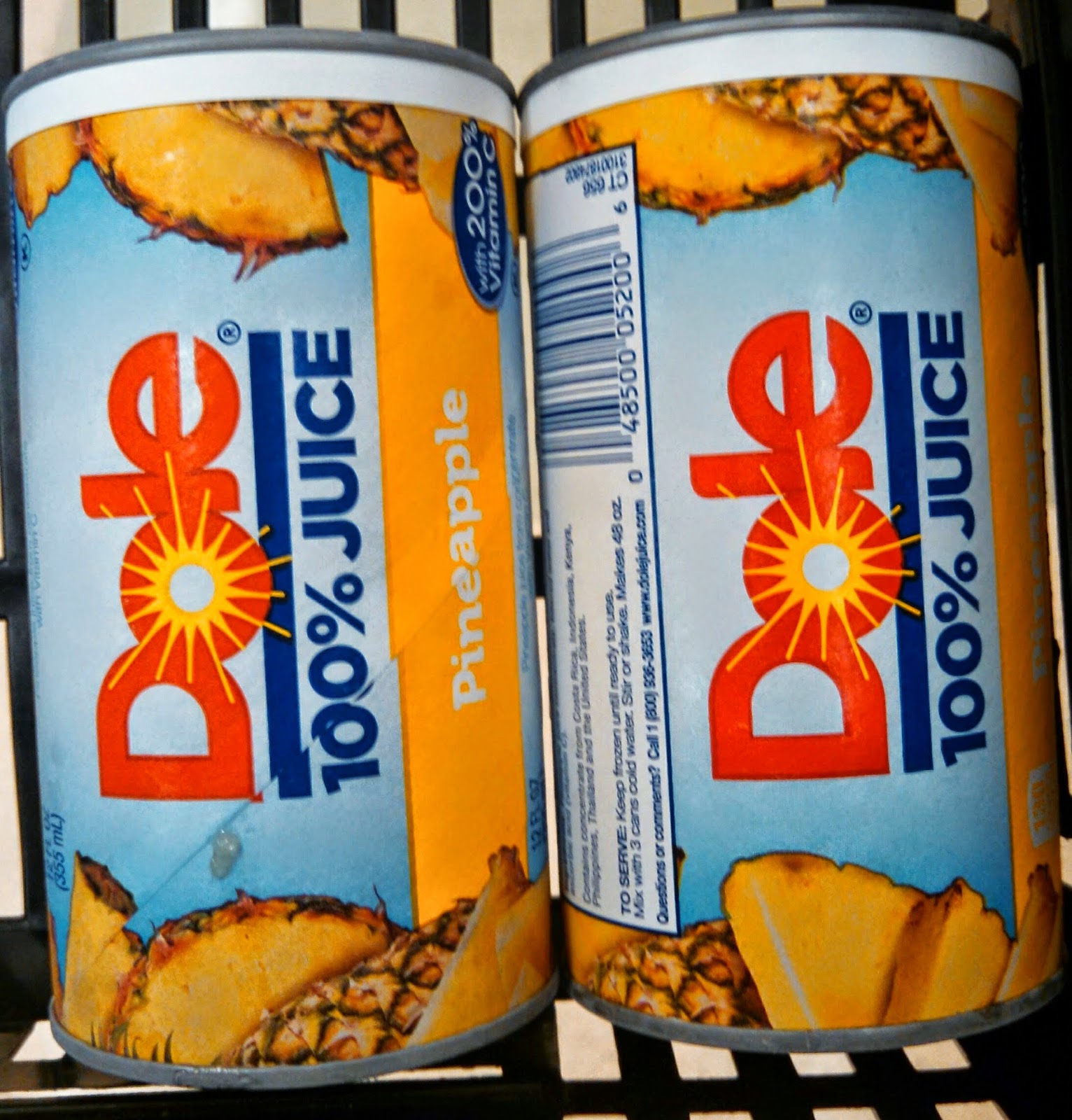 I had no idea how much to add. I figured that it should probably be one or two 15oz cans of the stuff. The difficult part of designing fruit beers is that you want to taste that the fruit is in the beer without overpowering the beer flavor. A fruit beer should still taste like beer. 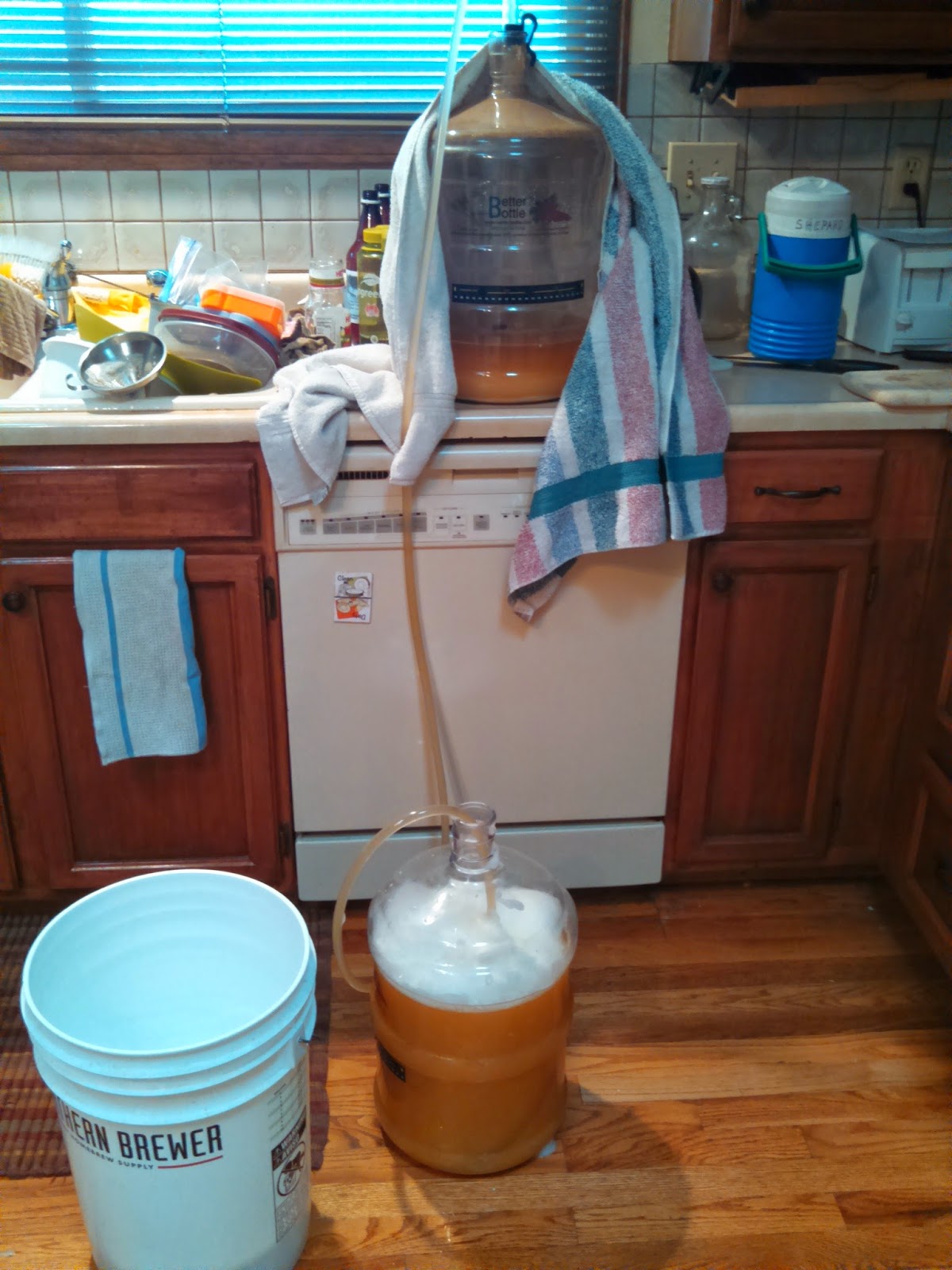 I decided to add one can to the secondary and see what happened. After a few days, I tasted the beer and decided that one was not enough.

I added the second can in to the keg. I left the keg at room temperature long enough that I figured the sugars in the juice were fermented and then chilled it. 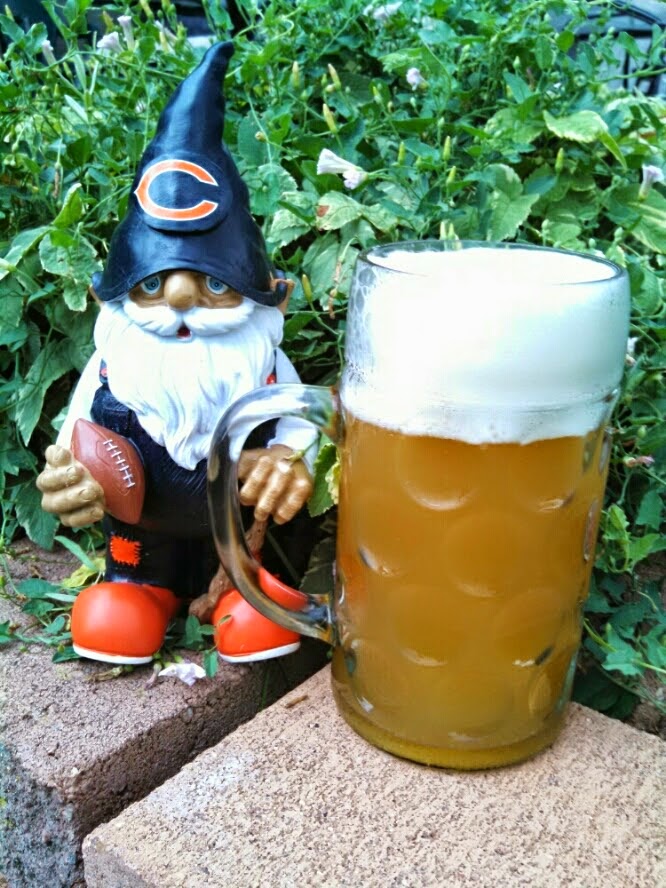 The Beer Model and I have been drinking from the keg this weekend. The first couple pours were very hazy with lots of pineapple sweetness. Apparently a fair amount of the pineapple "stuff" settled to the bottom of the keg and was drawn out with those first few pours.

Now, the beer tastes like a wheat beer. It does have a bit of tartness from the pineapple juice, and just a touch of pineapple flavor, but I'm not 100% sure that I would immediately think "pineapple" if I didn't know it was a pineapple beer.

I think if I make another pineapple flavored beer, I'll use some other method to get the pineapple in there.

The important thing, though is that it tastes good. The Beer Model says she really likes it and I think it is good, and that is all I can really ask of this sort of experiment. 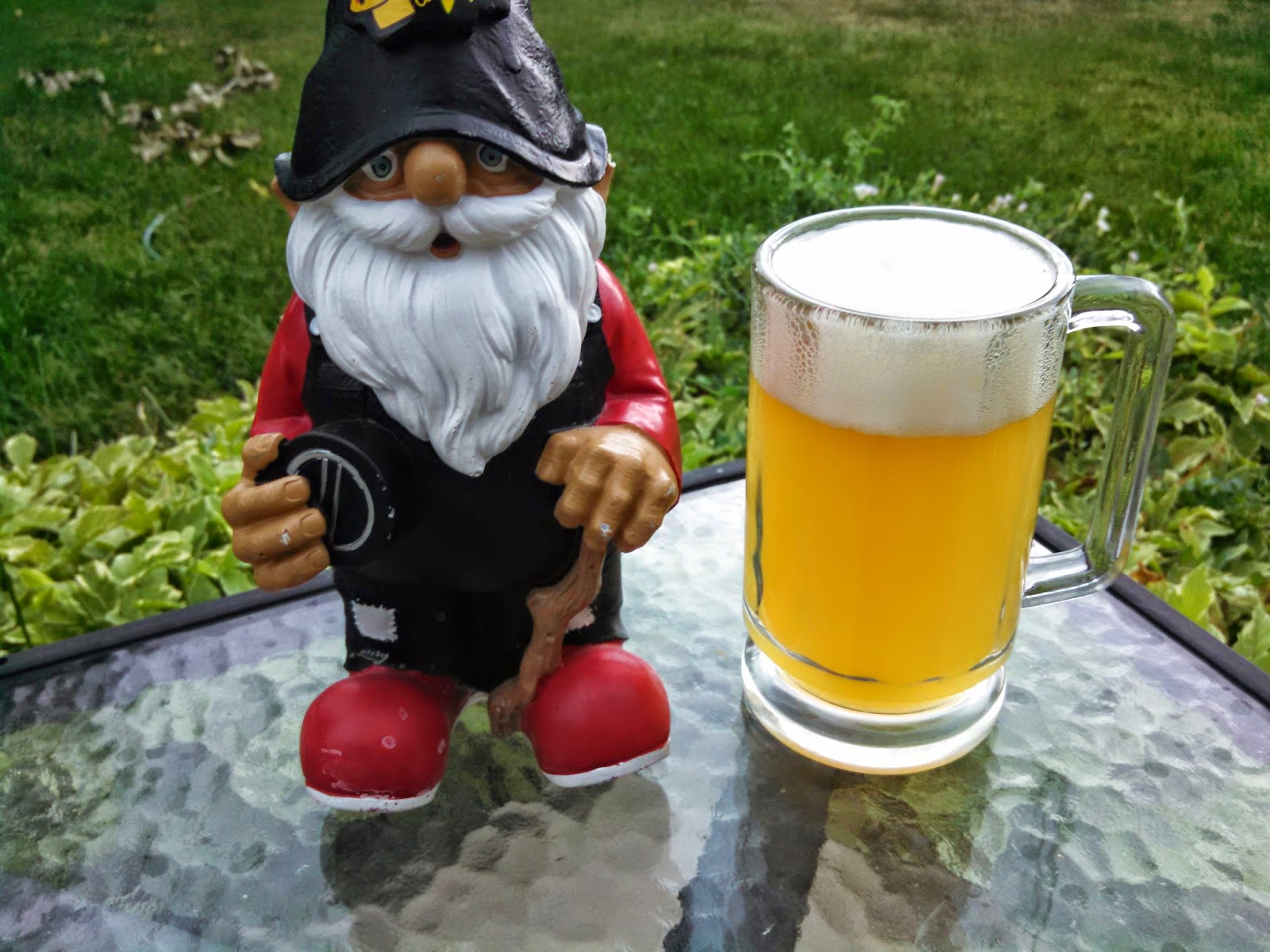 Next up, today, in fact, the SheppyBrew Home Brewery is making a summer Saison. I'm really looking forward to drinking that one.