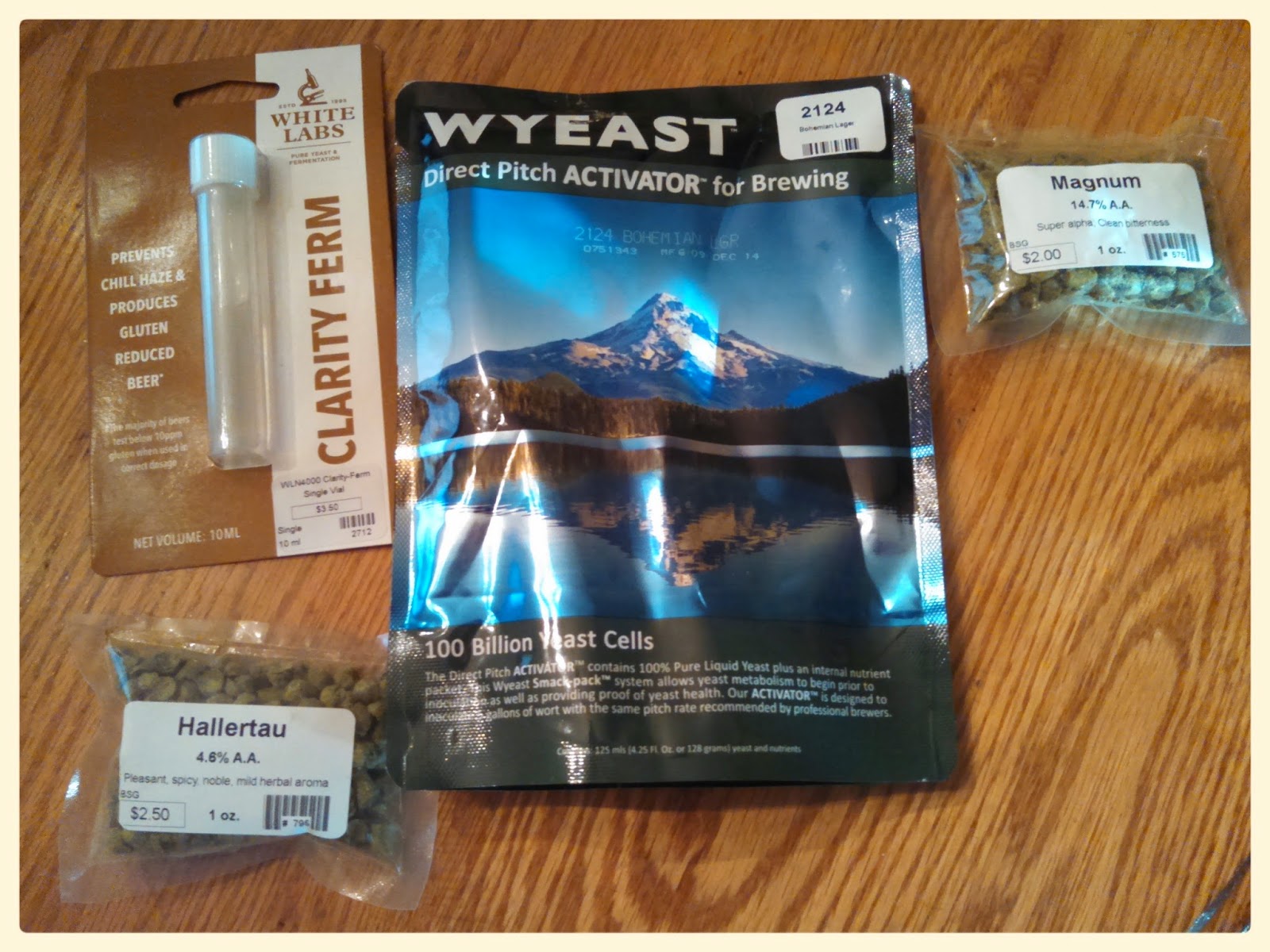 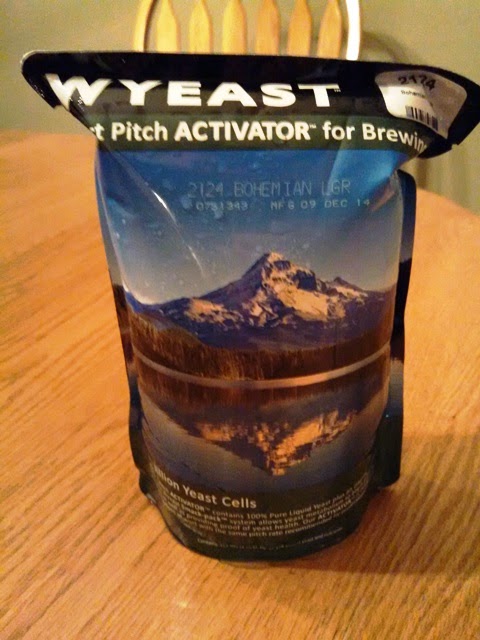 
I finally got around to brewing Snowball's Chance (in) Helles on Sunday. 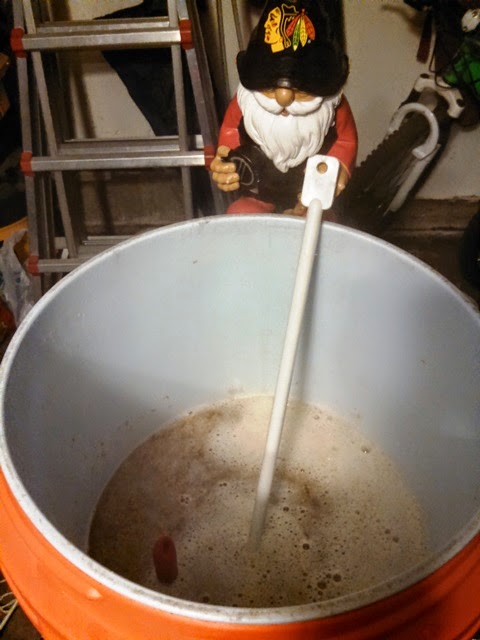 The brew day went well. I didn't get started as early as I often do. My first post on the SheppyBrew Facebook Page (please go like if you have not already) was at 6:25am. At that point the mash was well underway. My first infusion had the temperature pretty low (142ish), so I had to bring the temperature up with more hot water. That second infusion got me to the perfect 150 degrees. 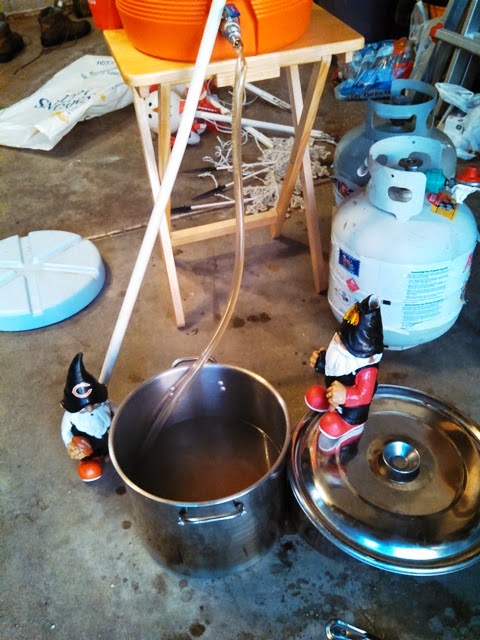 I collected the wort right before I left for church. The wort then sat in the brew kettle for a couple of hours until I got back home.

When I got home, I started up the boil. My pre-boil gravity was high, so I diluted it with about half a gallon of water over that first 15 minutes or so of the boil. You may remember that I have a new refractometer (see First Brew of 2015: Arctic Vortex) that I was able to get that pre-boil gravity with. 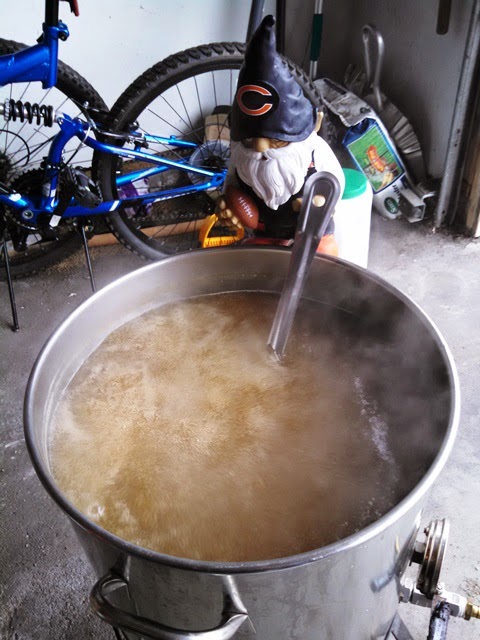 There was really nothing remarkable about the boil.

I got the wort cooled to 65ish and then racked into my fermentor. I put the fermentor in my gott cooler filled with ice water to get the temperature down into th 40s. I actually pitched the yeast at this cold temperature.

By the next day, the beer was right at 50 and fermentation had taken off.

My lager procedure is unorthodox in that I don't maintain the lager temperatures all the way through fermentation. In fact, on the last couple of lagers, the fermenation temperature has only bee in the 50's for the first couple of days. This is because I have discovered that strict temperature control only appears to be critical for me early in the fermentation. I have heard (and my own experience seems to confirm this) that almost all of the flavor components that warm fermentation causes will appear in the "growth" phase of the yeast. Once the beer is past that first 24 to 48 hours, off flavors don't seem to creep in there.

So, my lager is fermenting now in the mid-60's. And I'm sure it will turn out great.

After-all one of my award-winning beers is a lager.

Anyway, the beer has been fermenting for less than a week. I'll be sure to let you know how this one turns out.