I guess you could say that this is a special beer. It is a little bit of a SheppyBrew milestone.

You may remember that I mentioned it back in December when I came up with the recipe. See One Hundred. It is simply the 100th recipe page entered onto the SheppyBrew Website since I implemented a simple content management system for the site. ?id=100 seems like as good a reason as any to brew a special beer.

As you can see on the previous blog post and on the SheppyBrew recipe page, I decided to make this a Hoppy American Brown Ale. If you are a home-brewer, you are probably familiar with The Brewing Network's Tasty McDole and his famous Janet's Brown. If not, feel free to Google it.

I did not actually follow his famous recipe, but I certainly got inspiration from his concept. It is basically an American Brown hopped up like an IPA. 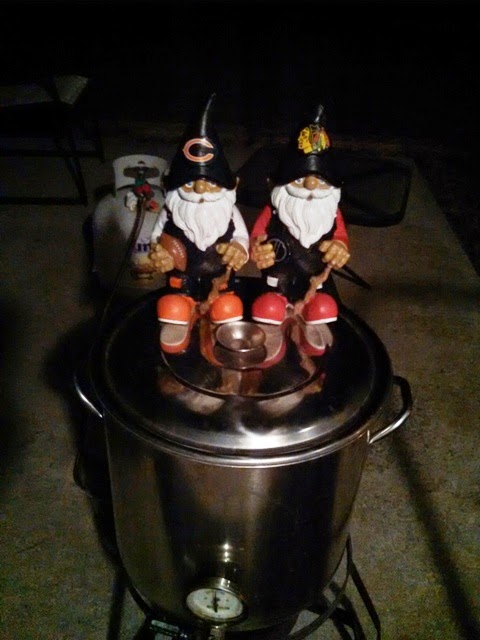 The mash went real well. My original mash temp was low, but another infusion of a couple of quarts brought it right where I wanted it for the rest of the mash.

Pre-boil gravity was a little high, so I diluted the solution a little bit by adding water a couple times through the boil. Again, the refractometer that I got for Christmas was very helpful. 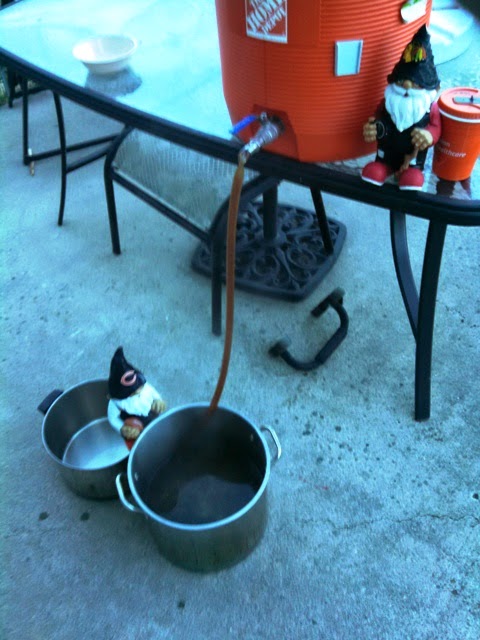 My timing was such that I finished the mash and collected wort before church, letting it sit while I attended our worship service.

Then, I came home and started the boil.

The boil went fine. I hit all my hop additions at the right times. I remembered to add everything that I wanted to remember. 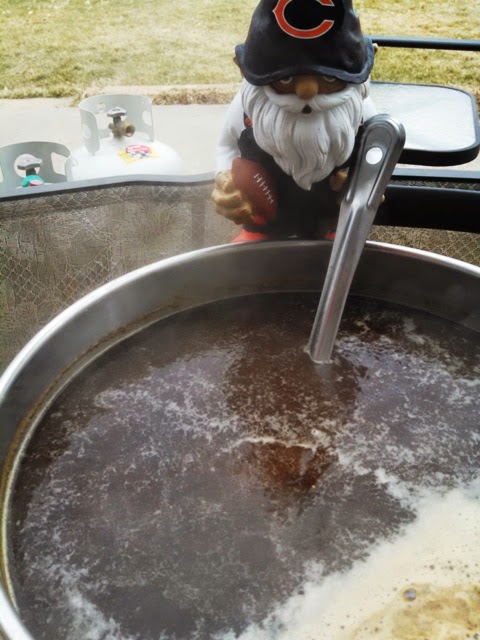 The weather started to turn as I chilled the wort. Snow was coming down as I racked the wort into the fermentor.

The cold weather actually helped get the wort right below 60 degrees F without using an ice bath around the fermentor. 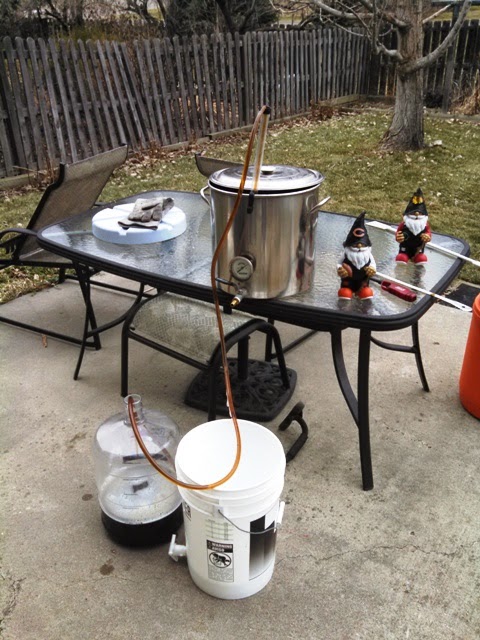 The OG was right at 1.062, which was exactly what the recipe called for.

I didn't re-hydrate the dry yeast before pitching it. Instead, I let it sit on top of the wort for awhile before shaking the whole thing up.

There were no real signs of fermentation this morning, so I hope things turn out ok despite my laziness. 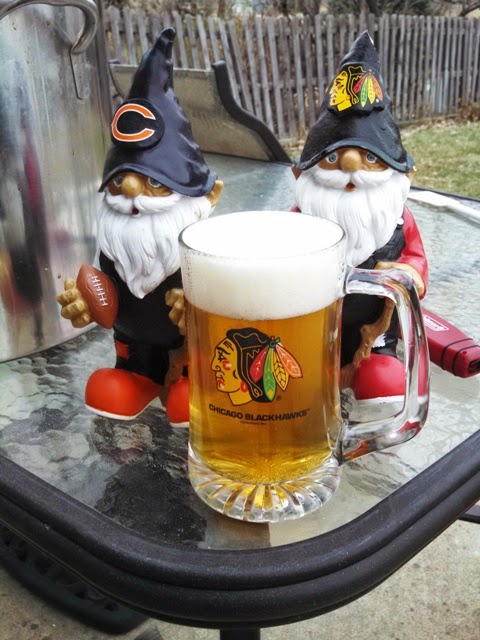 The BlackHawks won in a shootout against the Penguins.

I was able to enjoy a Snowball's Chance (in) Helles after brew day was basically done. If I am honest, it was actually more than one that I had.

I am really looking forward to trying this beer. I expect I'll dry-hop starting next Sunday and probably keg this up the following weekend. Don't be surprised if I start drinking from the keg the weekend after that.

As always, stay tuned on the SheppyBrew recipe page, my Twitter feed, SheppyBrew's Facebook page, and this blog for updates on this beer. I'll be sure to let you know how it turns out.

Email ThisBlogThis!Share to TwitterShare to FacebookShare to Pinterest
Labels: Brewing, One Hundred, SheppyBrew