Recently, I've been making my own yogurt in my crock pot. If you are a regular on this blog or follow me on FaceBook, you probably know this. If you need a refresher, feel free to look through Sheppy's Blog: Yogurt to see what I've typed about it.

Behind the scenes, ie... not documented on the blog, I've been doing some experimentation.

I've added fruit or fruit jam to the fermentation. I've added vanilla extract. I've added sugar. I've tried adding other things. I've also tried mixing those sorts of things in after the yogurt has been finished. 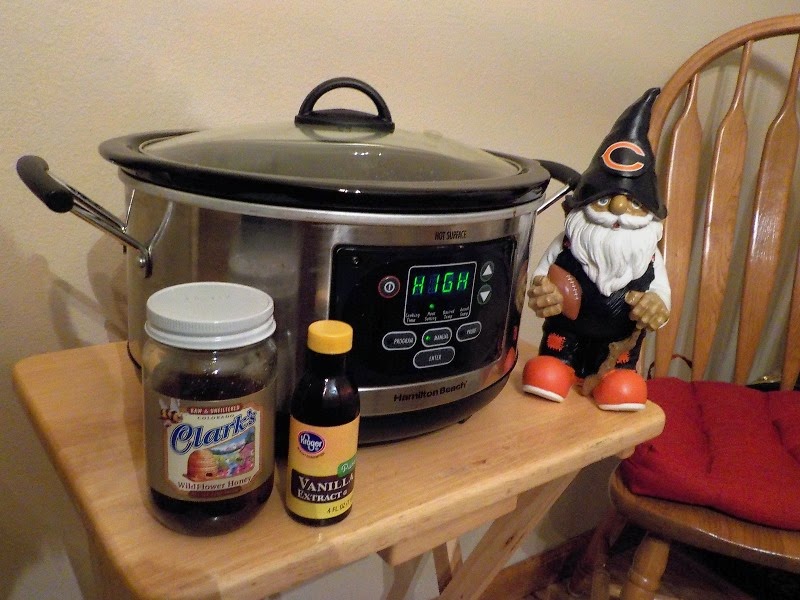 I've come to the conclusion that my ideal yogurt recipe and process is the plain Mrs. Bluefield Recipe

3) Rather than letting the milk and pot cool for 3 hours, I put the whole crock pot in cold water until the thermometer reads between 100 and 120. This takes about 10 or 15 minutes. 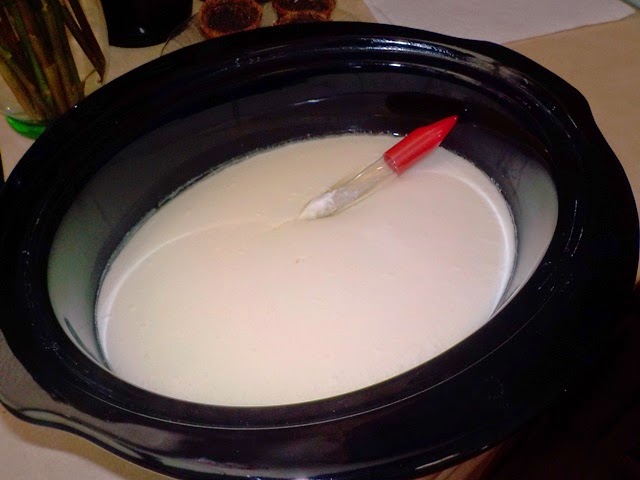 4) I inoculate my milk with whey collected from a previous batch. I only use 2 to 3 tablespoons of the whey. Too much more seems to mean more tartness than we want in the Sheppy household.

5) Fermentation goes for 6 to 8 hours, but I find closer to 6 hours is better than close to 8 hours. The longer you let fermentation go, the tarter the final yogurt becomes.

6) Rather than letting the whey strain for 1 to 2 hours, I strain for about 30 to 45 minutes. It isn't quite "Greek" yogurt, but it isn't quite the consistency of "regular" either. 7) The ideal breakfast is a mason jar filled a little more than half-way with frozen berries. Add the yogurt on top and then nuts of some sort on the top of that. This should be done the night before you eat it. This allows the berries to melt some, but not completely. My favorite nuts are Pine Nuts, but unsalted sunflower seeds are very good too. 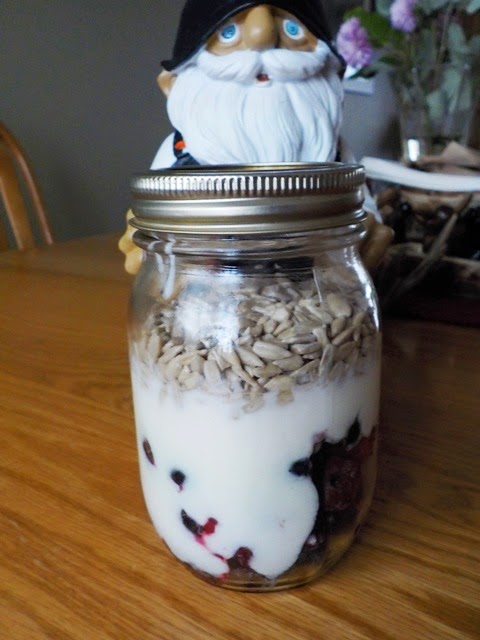 Go back to Making the Bluefield Yogurt as the baseline.

Just a couple of notes based on my experimentation ....

2) Fruit or Jam in the fermentation doesn't really turn out well. The mixed frozen berries added afterwards is better.

3) Wrapping the crock pot in a towel and placing the whole thing in an oven heated to 150 or so and then turned off keeps the fermentation temperature at a very consistent 110 to 120.

4) Homemade yogurt is much less expensive than any yogurt you can buy.

Best of all, homemade yogurt is delicious as well as nutritious.