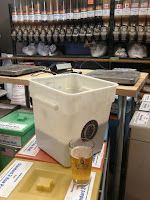 Well, as you know if you've been following this blog, I've been brewing beers in the "new" categories of the 2015 version of the BJCP Guidelines.

Or even go straight to the pdf ...

Next on my list to brew was the Category 12. Pale Commonwealth Beer.

Looking through the list, I decided the one that most interested me at the moment was 12A. British Golden Ale.

"A hop-forward, average-strength to moderately-strong pale bitter. Drinkability and a refreshing quality are critical components of the style."

Sounded pretty good to me. 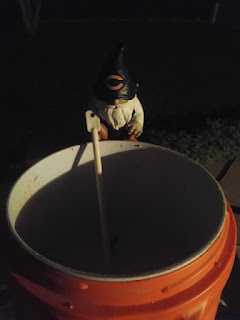 Of course, as far as I know, I've never had a British Golden Ale. The guidelines looked pretty straight-forward, though. My impression was basically an APA with more of a British base malt and hops.

I went with a simple Maris Otter base. Added in a little honey-malt for a bit of color and malt depth. Then I hopped it up with Fuggle hops. Just because I had some in the freezer, I added in some crystal hops too. Then I just finished the recipe off with SafAle English Ale Yeast. 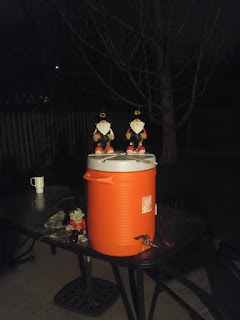 Why the name "Tortuga"? No real good reason. As I'm sure I mentioned before, I am really a fan of the Pirates of the Caribbean movies. At some point when I was watching one of the films, there was a scene in the Port of Tortuga. I thought to myself "Tortuga would be a good name for a beer".


"I confess, it is my intention to commandeer one of these ships, pick up a crew in Tortuga, raid, pillage, plunder and otherwise pilfer my weasely black guts out."

I have a shopping list application on my phone in which I keep a list of potential beer names, and I put "Tortuga" in the app awhile ago. When I knew I was brewing this beer, I looked through the list, and "Tortuga" was the most appropriate name I came up with. 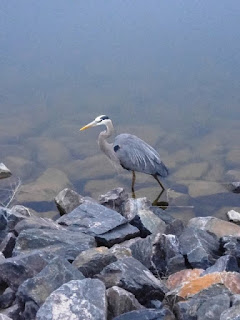 As you can tell from the pictures above, I got the mash started before sunrise.

While the mash was going on, I went for a walk to accumulate fitbit steps. The photo of the crane above was along my walk. 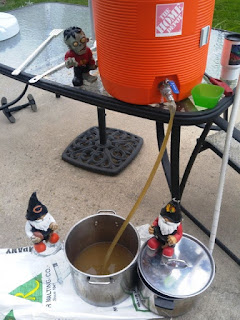 After the walk, I collected the wort and did my boil. 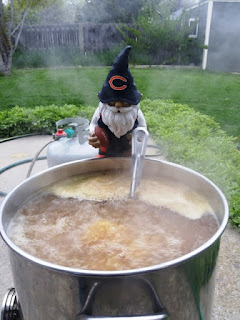 Nothing real note-worthy about any of the steps. Everything went as expected. My OG was a couple points lower than planned, but not anything to be concerned over. 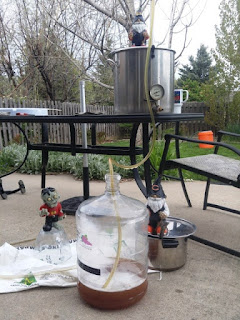 I got the beer racked. Pitched the yeast. Cleaned up.

I was done with everything before noon.

Kraussen was forming before I went to bed. The fermentor was bubbling before morning. It has been going along fine the past couple of days.

Based on my current beer inventory, it might be awhile before I have a spot in the keggerator open for this beer. In fact, unless The Beer Model and I drink some more, I might not have a keg ready when the fermentation is scheduled to finish. That's ok. I can wait. It will get on tap eventually, and I am sure it will be wonderful.

So, that is the story behind Tortuga Golden Ale.

As always ... stay tuned on the regular SheppyBrew Channels to see what is happening with this beer (and many others): SheppyBrew's Facebook Page; Sheppy's Twitter Feed; SheppyBrew's Instagram Page; and SheppyBrew's Website. Of course, don't forget to visit this blog often as well!.