For some reason, The SheppyBrew Beer Model is under the impression that she likes cucumber flavored kölsch.

I suspect it is because she has tasted a cucumber kölsch that she enjoyed. Maybe more than one ... although how many Cucumber Kölsch beers can there be out there?

Anyway ... I was thinking about what to brew. I thought maybe that a Cucumber Kölsch might be fun to try to make. I asked the Beer Model and she said it was a good idea. She liked it much better than the spruce tip beer idea that I was also thinking about. 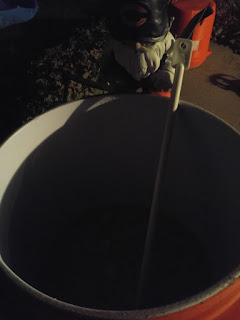 So ... it seems to me that a Cucumber Kölsch should be pretty simple. Brew a Kölsch. Add Cucumbers. Not very hard. I've already brewed a Kölsch, which was a big success. My local grocery store sells cucumbers. The only question is how many cucumbers should I add?


Well, I used Google to find a beer with cucumbers, and must took the amount that the recipe used. 3 pounds.

Seemed like a good starting point. I'll brew it. We'll drink it. We'll decide if the beer has too much or too little cucumber flavor. We'll brew it again with more or less or the same. 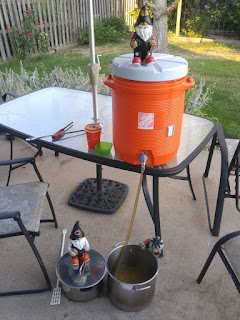 The only change to the recipe that I made to Bad Lands Kölsch was that I decided to mash at a higher temperature. This should make the base beer fuller bodied, but I figure that 3 pounds of cucumber is pretty watery, so I'm hoping the extra body will balance the beer from becoming too watery.

I guess that is another thing we'll see when we drink it. 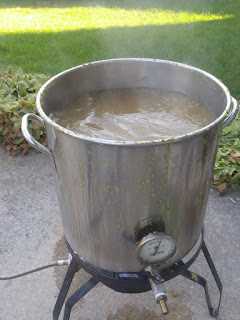 So ... go to the website and take a look at the recipe:

I brewed it this weekend. 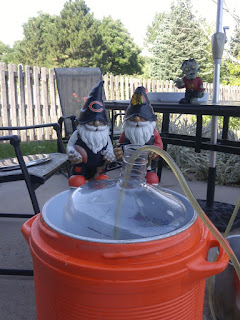 The strike and mash temperature was right on. My pre-boil gravity was high. I diluted and also cut down my boil time. I adjusted my hop additions to give about the same amount of calculated IBU on the lower boil time. 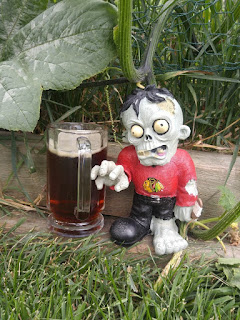 It was hot on Sunday, and chilling didn't happen very fast. I ended up using the ice bath in the gott cooler to get down from 80 to about 54 degrees.

I pitched my starter into the beer and ended up with over 5.5 gallons in the fermentor. 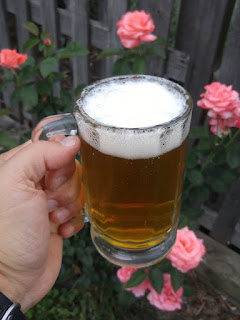 The yeast got started before I looked at it the next morning beer is fermenting vigorously right now.

I'll let this base beer go for about a week and then rack into a secondary with my 3 pounds of sliced up cucumbers.

We'll see how it turns out. I won't be surprised if I have to re-brew this with an adjustment on the amount of cucumber, but I really don't think it will turn out bad at all.

I'll be sure to let you know on the regular SheppyBrew Channels to see what is happening with this beer (and many others): SheppyBrew's Facebook Page; Sheppy's Twitter Feed; SheppyBrew's Instagram Page; and SheppyBrew's Website. Of course, don't forget to visit this blog often as well!.
Posted by ESheppy at 8/03/2016 06:56:00 AM