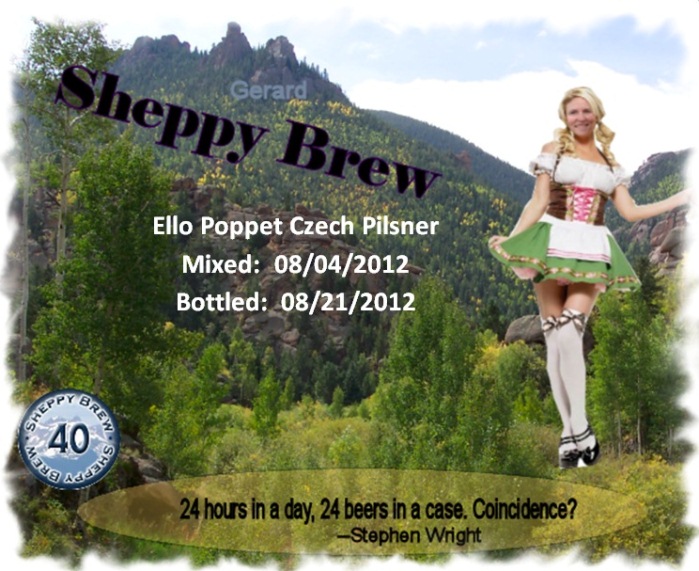 My wife (aka The SheppyBrew Beer Model) tells me she doesn't like hoppy beers, but quite often when I brew a hoppy beer, she tells me that she really likes it.

What she really means is that she doesn't like real bitter beers. While bitterness comes from hops, many flavors and aromas also come from hops.

My wife isn't alone in this confusion between the words "hoppy" and "bitter" when it comes to beers. I think part of the problem is that here in America, the IPA has become so popular, and for quite awhile, brewers just concentrated on making these more and more bitter. I think at this point, the American hop profile: pine, citrus, tropical has a subconscious association with bitterness which may or may not be there.

Often, when other hops are used .. English or German hops for instance, people don't even associate the more floral smooth spicy flavors as hoppy.

One of the hoppy beers I make that my wife really loves is ... 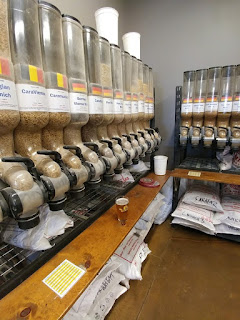 I call "Ello Poppet" a Czech Pilsner. It is light in color. It is very clear. The malt bill is very simple, and has a bit more body than a German Style pilsner. It is fairly low in alcohol and easy drinking.

It is also very hoppy. I load it up with 5 different Noble / German style hops.

It has 40 IBU's, which is decently bitter, but the soft, floral, nobel hops come across as softer and less harsh.

It is a delicious beer. I love it. So does The Beer Model.

A couple of Sundays ago I brewed it for the 3rd time. 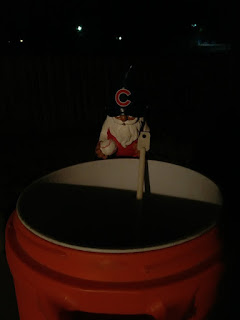 I started the brew day way before the sun came up. 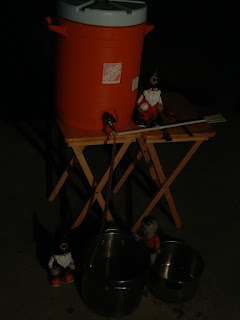 In fact, I got most of the way through the boil before it was light out at all. 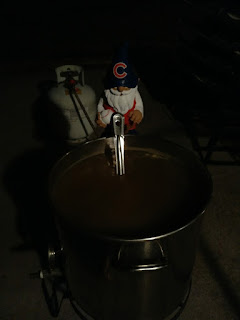 Most of the hops are added in the last 5 minutes of the boil ... 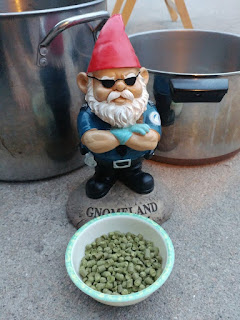 I had the beer racked into fermentor before 8 AM. I went to church with the entire brew day almost completed. I did let the beer chill in a gott cooler filled with ice water for several hours to get the wort down to lager temperature before pitching the yeast. 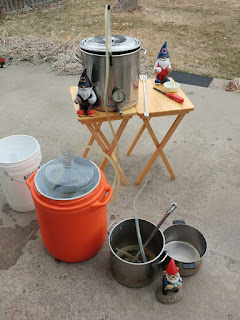 I overshot cooling and started my fermentation in the low 40's.  I let the temperature rise as the cold water in the cooler warmed.

The beer has been fermenting for over a week now, and the temperature is in the 60's. I know many lager purists see that with shock and dismay, but my lager process is to start low and let the temperature rise over a couple weeks. It always turns out fine.

In fact, I have won an award on one of my lagers that uses this technique.

Anyway, I expect to keg this beer soon. I will most likely be drinking this beer by mid-March.