V is for Vine Street Pub and Brewery

After a great end-of-the-year run in the A to Z Denver Breweries series, 2017 has been somewhat slow.

I did hit U is for Ursula Brewery in late January, and nothing since then. I was hoping to finish this whole thing up by now. Obviously that has not happened.

V comes after U.


V is for Vine Street Pub and Brewery 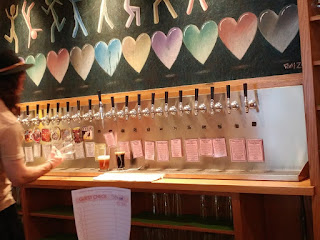 Vine Street is a member of the Mountain Sun Pubs and Breweries Group. It is the only pub of the group located in Denver. Unlike most of the breweries I've listed, this one actually has a kitchen and food menu.

So, the SheppyBrew Beer Model and I visited on a beautiful mid-March spring-like day for the dinner portion of a date night. 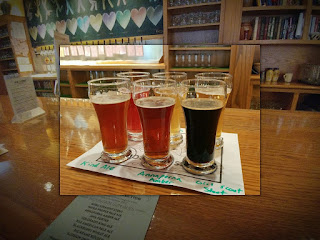 We started with a flight at the bar while we waited for a table to open up on the patio. The table was ready before we finished the flight. 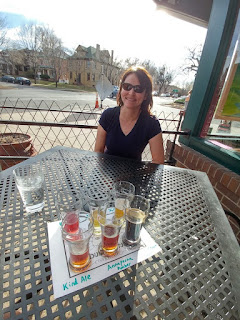 The beers we started off with: 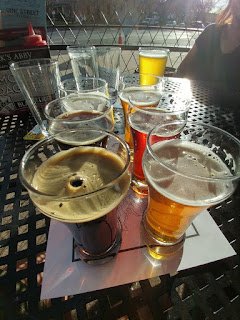 The food was not quite ready by the time we finished flight one, so we got a second flight: 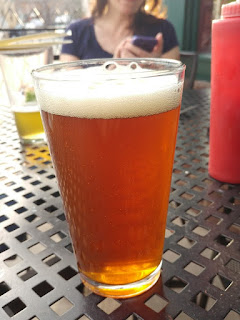 I thought all these beers were great. The food was yummy as well. I could probably spend a whole day sitting on the patio sipping on beers and watching traffic go by.

I suggest you give the pub a visit. 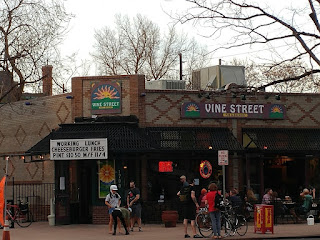 And now... as you can probably figure out ... my next letter of the alphabet is "W".

At this point, I don't know what brewery it is going to be ... you'll have to come back to find out.