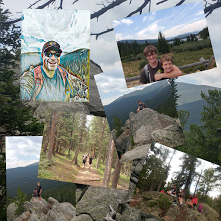 I really like this beer. It is light and refreshing with lots of Saaz hop flavor.

I recently listened to a pod cast from The Brewing Network on which the Can you Brew It guys cloned the recipe based on an interview with the guys from Ska.

The guys from Ska referenced several times that they liked to drink this beer with a lime in it.

You may remember the whole story behind T.Ra.Sh. Mexican Lager. If not, feel up to read up on it. I'll wait.

So, this interview with Ska made me think I wanted a similar beer to the Ska Mexican Logger. 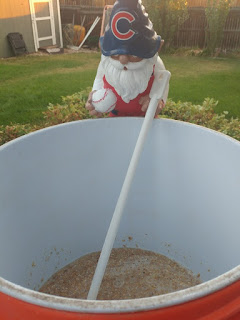 At the same time, my in-laws were coming to town soon. My mother in law is the only person I've ever heard say, "I love Bud Light Lime". I had also had an interaction on The Homebrew Academy in which I got excited about adding zest to a beer.

All of these things came together and I designed 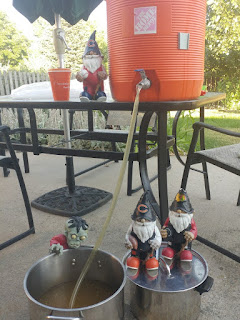 Everything went well ... except ... I wasn't paying close attention during the boil and instead of grabbing a bag of Saaz hops for the 15 minute addition, I grabbed Columbus.

Actually, it wasn't until flame-out when I had an extra bag of Saaz hops that I realized my mistake. 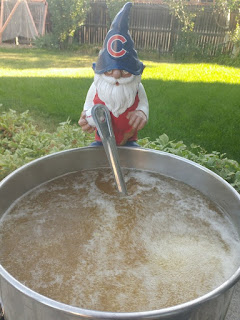 So, this beer became much more hoppy and the IBU's increased quite a bit.

I rolled with the mistake. The recipe you see at T.Ra.Sh. Light Lime Mexican Lager represents what actually happened rather than what was planned.

That is fine (in fact I will probably like this beer more), but the words "Light" and "Lime" might not be appropriate anymore. 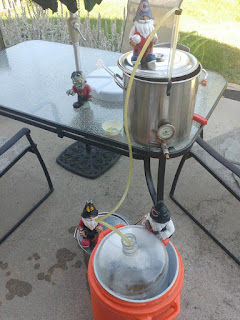 When it was time to rack into secondary, I zested quite a bit of lime. After going through all that work, I took a gravity sample and tasted the beer.

It tasted fantastic. I really loved the hop flavor.

However, I decided that I didn't want to add the lime zest to secondary. I thought there was a decent chance the lime would turn the beer from something I loved to something I only liked. 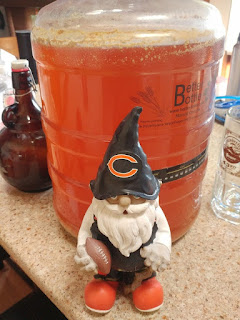 So, now, there is no lime zest in this beer.

I decided not to change the name, because I think if I add a lime slice to the side of the glass, along with the name, the power of suggestion makes the hop profile close enough to a lime flavor that people won't definitively be able to say "there is no lime in here" (at least people who are not reading this blog post ... which ... let's face it ... is most people)

I do expect I'll love this beer. It will be interesting to see what others think about it.

Once a keg becomes available, I'll be kegging and carbing this.

As always, keep an eye on the regular SheppyBrew Channels to see what is happening with this beer (and many others): SheppyBrew's Facebook Page; Sheppy's Twitter Feed;SheppyBrew's Instagram Page; and SheppyBrew's Website. Of course, don't forget to visit this blog often as well!
Posted by ESheppy at 8/10/2017 06:24:00 AM