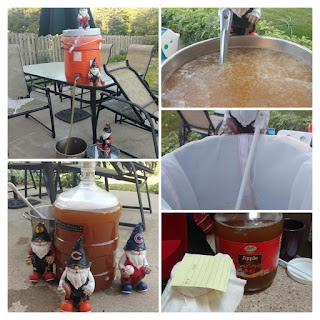 I have not been real good at keeping the blog up  to date recently.

In fact, I've been really bad at it.

I am just now getting around to posting about my September 10 brew day.

You may be thinking "September 10 is awfully late to be brewing a 'summer beer'".

You're probably right, but I don't really confine my brewing to seasons that much. I'm ok drinking pretty much any kind of beer any time of year.

Plus, Summer Lovin' American Wheat is more for the World-Famous SheppyBrew Beer Model anyway, and she can drink Summer Lovin' anytime. 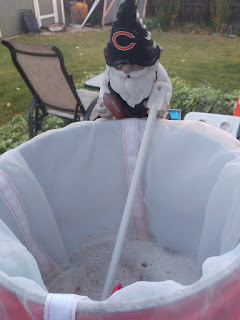 The Summer Lovin' recipe has been around a long time. The first time I brewed it was in May of 2011.

It is the base beer for lots of different fruit beers as well. 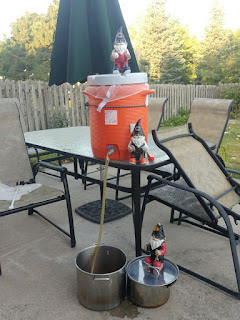 It is a pretty standard American Wheat beer with orange peal and coriander, giving it a nice orange flavor. It is easy drinking and delicious. 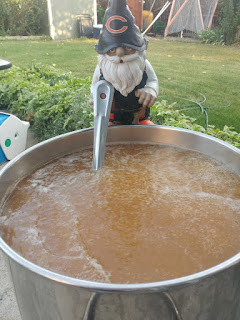 Brew day went pretty well. I was real low on OG, but I didn't really care that much.

Later, I figured out that most of the reason I was low on OG was that I had completely forgotten to add honey to the boil. I ended up adding it into the secondary along with the coriander and orange peal.

That turned out fine. 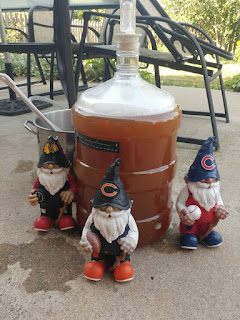 I also had quite a bit extra wort (probably another reason my OG was low). I decided to rack some of the wort into an old apple juice jug along with Kombucha SCOBY to sour the beer.

If you follow SheppyBrew's Instagram feed or our Facebook Page, you have likely seen that I've been brewing Kombucha recently. At some point, I may blog about it.

I got the idea of souring a beer with SCOBY from Basic Brewing radio. 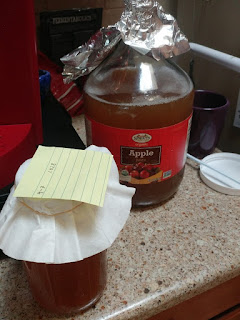