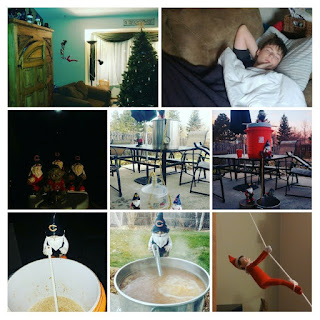 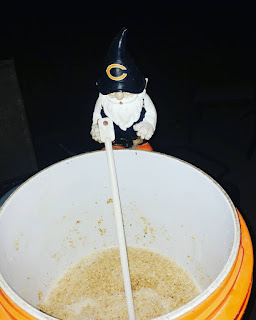 If you are unfamiliar with Cryo-hops, it is basically a new proprietary technology in hop processing the separates the components of hops into its various components.

LupuLN2 is the concentrated lupulin of whole-leaf hops containing resins and aromatic oils. It is designed to provide intense hop flavor and aroma, enabling brewers to dose large quantities of hops without introducing astringent flavors or vegetative cone material. 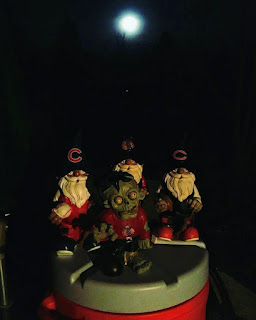 So, basically, it concentrates flavor and aroma hop oils with less vegetative matter. It is supposed to give more of the wonderful hop flavors and aromas in less amount.

If you compare the recipe from this time to last time,  you'll notice that I used about half the amount of hops.

I'll have to see how it turns out. 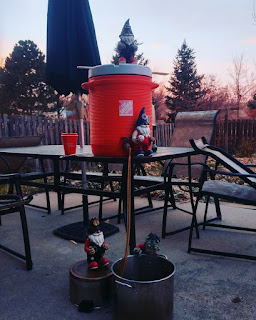 Brew day went real well. I started heating up the strike water around 5 AM, and completed around 10:15 AM

I did end up low on my original gravity, but I am fine with where it was. 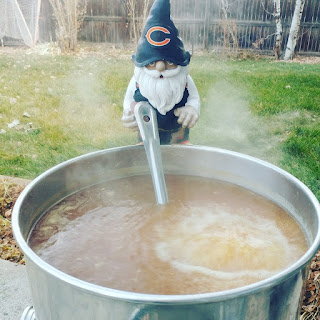 The one thing I noticed from my notes too late was that both the previous times I brewed this recipe, the yeast was real slow to start. I made the comment last time to stop using the yeast that I used. The fermentation started slow again this time. It was not until Wednesday that I saw significant fermentation activity.

The beer turned out great both times before, but such a slow start makes me nervous. So, I am not going to use the Lallemand/Danstar American West Coast Ale (#BRY-97) yeast anymore ... at least if I remember. 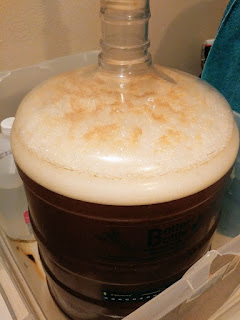 So ... now the fermentation has taken off.

I am still planning on dry-hopping late next week. I hope to be drinking this by the weekend before Christmas.

I am really looking forward to trying this beer. I'm real curious to see what I think about the hop character.