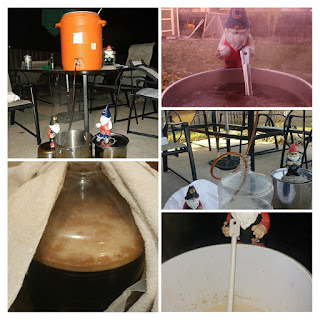 Ideally, if have my X-Mas Ale ready to drink by Thanksgiving. Last year, I brewed at the beginning on October.

This year's version of X-Mas Ale is designed to be a bit lower in ABV. It also has a bit less in Crystal malts.

This year, I plan to add a couple of ounces of blueberry flavoring at kegging time, mostly to use up the flavoring I used last time I made a blueberry beer. I don't expect the blueberry will come through real strong in this base beer. 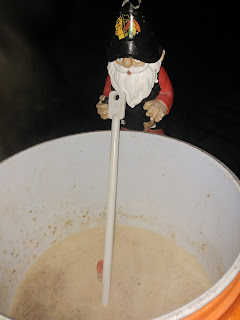 I got the brew day started fairly early in the morning. The mash was going by about 5am. The mash started out a bit warm, but I adjusted down fairly quickly.

My preboil gravity was right on.

Lately, I've been doing 60 minute boils rather than full 90 minute boils. This does save considerable time, and it keeps me more focused on getting things done during the boil.

Seems to be working fine so far. 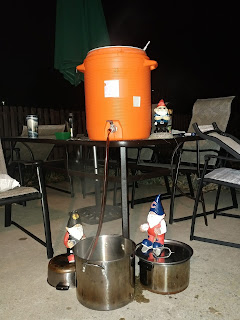 The boil was finished in time to chill the wort before church, but I didn't get it into the fermentor until afterwards. 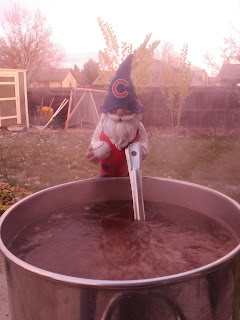 I pitched at about 64 degrees and had my brew day done around 11 am.

The og was right on plan. 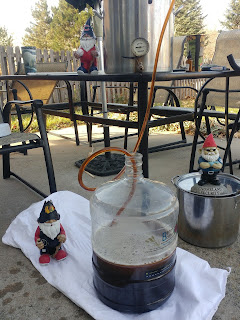 The yeast started up fermentation before the day was done. Things were well on their way the next day.

I'm hoping to get this kegged around December 3. It may depend on when I finish Rocktoberfest Lager. 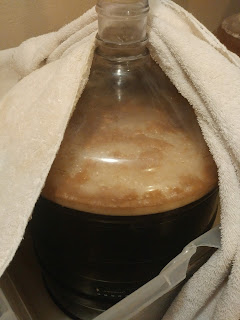 Obviously, you can always keep an eye on the regular SheppyBrew Channels to see what is happening with this beer (and many others): SheppyBrew's Facebook Page; Sheppy's Twitter Feed;SheppyBrew's Instagram Page; and SheppyBrew's Website. Of course, don't forget to visit this blog often as well!