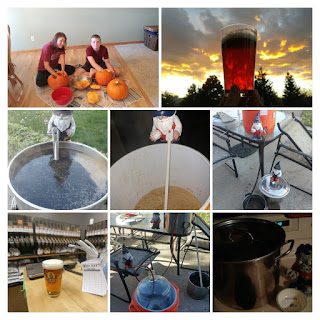 My wife (aka the SheppyBrew Beer Model) is terrified of crickets.

For some reason, these little black creatures find their way into our home this time of year, and the boys and I have to remove them for her.

My wife (aka the SheppyBrew Beer Model) is also irrationally afraid of black beers.

When these beers find their way into our house, I take care of removing them too.

Actually, she has gotten better at trying a black beer before becoming afraid of it now.


Recently, I thought that I would like to brew a porter. About the time I was thinking about the beer, I came across a cricket in our basement. While removing him, I thought that Killer Cricket would be a good beer name for a porter. 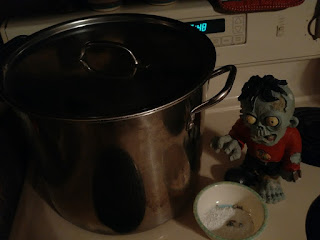 So, I came up with a porter recipe. I wanted it black without any overly roasty character. I also wanted something pretty low-alcohol.

For the black color, I went with Briess Midnight Wheat Malt, which is one of my go-to malts when I want color without harsh, bitter, roast.

I decided to add in Golden Naked Oats and Flaked Oats fun the fun of it.

The hops are traditional American hops, cluster and cascade. I'm calling the style Pre-Prohibition Porter, even though I've never tasted on before to compare the finished beer. 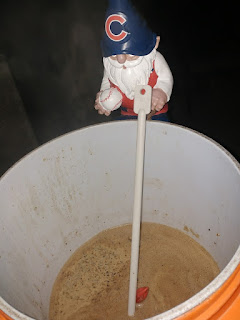 I started the brew day in the dark, but the sun was up for the wort collection. 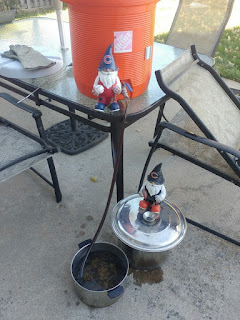 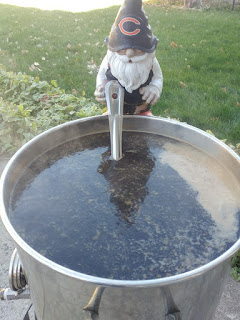 To be honest, I think that this beer is going to be one that my wife (aka the SheppyBrew Beer Model) will like....

... as long as she can get past her irrational fear of black beers. 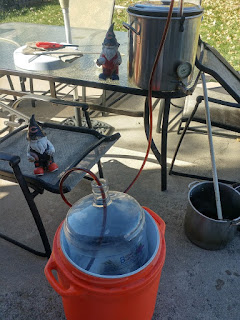 The beer has been fermenting for over a week now. I actually moved it to secondary Saturday to make room for the Mango Wheat we brewed. (more on that later)