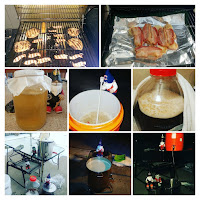 After brewing the Where'd My ManGo Wheat, I had some of the Mango Flavoring left.

I decided that it would be fun to make and drink a Mango Pale Ale.

I brewed it last Sunday

Some Pale Malt. Some Vienna Malt. Some Munich and some Pale Chocolate for a bit more color. 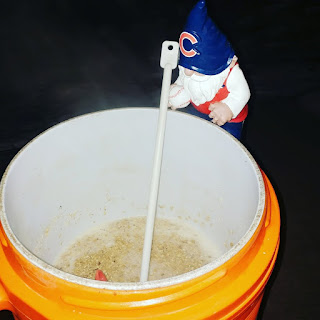 I started my mash before the sun came up. 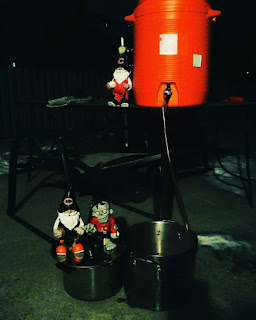 I drained my wort into the kettle before the sun came up. 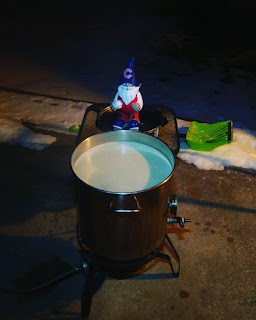 I started the boil before the sun came up. 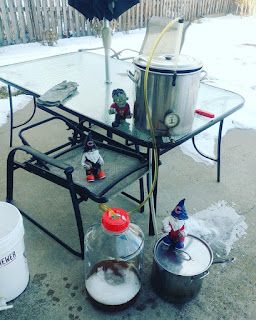 Fairly early in the day, I had 5 or 6 gallons of fresh wort and pitched my yeast.

With plenty of time left in the day, I bottled a batch of green tea Kombucha and started another batch. 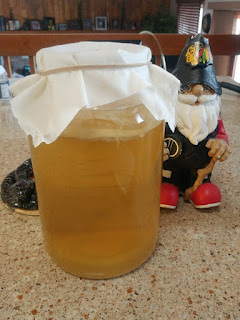 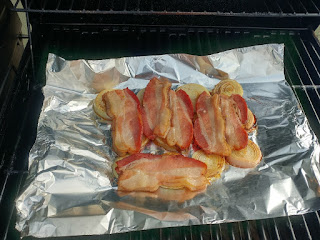 As you know ... I've playing with smoking meats. I've been experimenting with a turkey bacon burger.

I lay down sliced onion on aluminium foil on top of that, I put about half a pack of bacon. I let that smoke for about an hour at about 200 degrees or so. In this case, hickory wood was the smoke flavor. 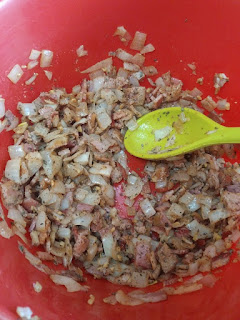 Then, I chop up the bacon and onion. I add some sort of chopped pepper ... usually anaheim peppers, but jalapenos are a great option as well. If you don't really want spice, I think bell peppers would be nice too. 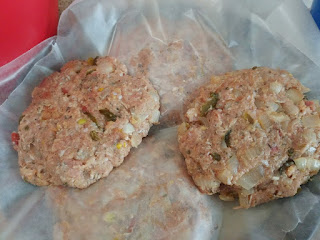 And put them on the grill.

I also grill up the rest of the bacon (remember at the beginning I smoked about half a pack). 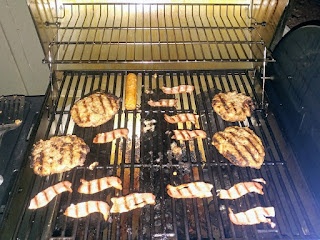 After the bacon and burgers are pretty much done, I put the bacon on each of the patties and place a slice of cheese on top.

Yum. The smoke flavor of the bacon and onion is delicious. Yum.

Give it a try. 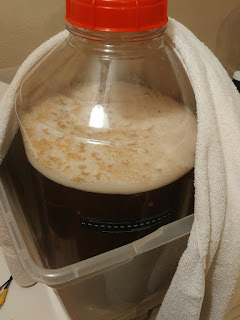 My beer was rocking and rolling the next day. I have beer ready to keg once a keg becomes available.

And at that point, I'll add the rest of the Mango Flavoring.