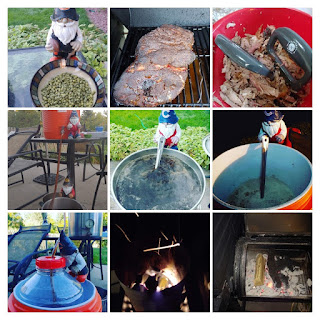 Barbecue and Homebrew. Can you think of a better combination on a beautiful September afternoon?

I can't think of one.

Add in some football; it doesn't get much better than this.

I brewed and barbecued exactly two weeks ago today.

The homebrew of the day was a new SheppyBrew recipe called Scallywag Czech Dark Lager.

I'm not real familiar with the Czech Dark Lager style. It is there in the newest BJCP guidelines, but I don't think I've ever actually had one.

I am in love with Czech Pilsners (now referred to as Czech Pale Lagers in the BJCP Guidelines). I figured I would simple make my My Ello Poppet Czech Pilsner and add some color.

That is what I did.


My barbecue of the day was pulled pork shoulder (aka Port Butt). 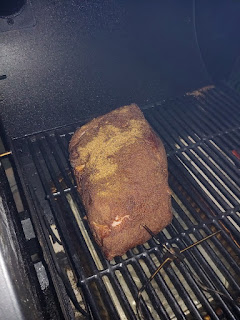 This is the third Pork Butt I've smoked, and every one so far has been delicious. Yum!

I got started a little later than I had intended on the smoked Pork Butt, but it was still before the sun was up. I had applied a homemade rub (recipe basically like the Basic Barbecue Rub that I've talked about on this blog a few times). I got the butt on the smoker just before 5AM. 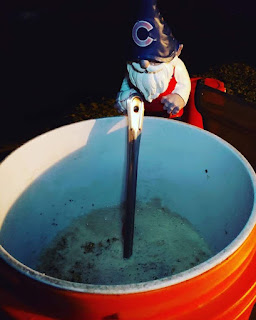 Once I got the Pork Shoulder on the cooker, I worked on getting the mash for the beer going. By 5:45, the mash was doing its thing. 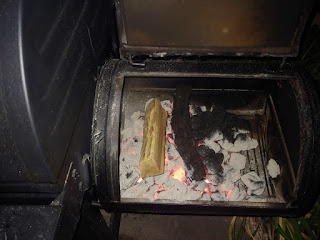 For the first few hours, I cooked the pork a bit hotter than I've targeted in the past. I averaged around 300 degrees, getting up into the 340 range.

Every half hour or so, I sprayed the shoulder with my homemade pomegranate kombucha.

The smell was so guuud! 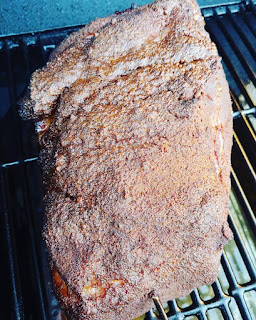 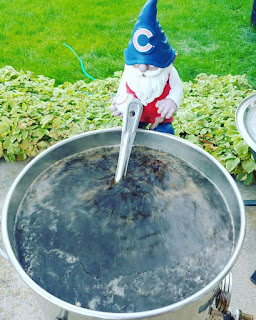 I added over 6oz of noble hops. 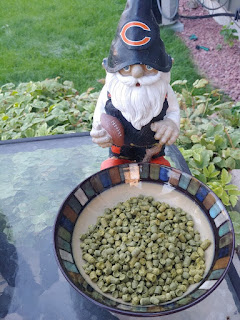 I got the beer in the fermentor before 10AM.

Of course, this being a lager, I had to let it chill in ice for quite a bit before pitching the yeast. 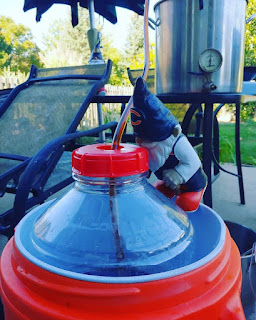 The pork butt reached an internal temperature of 165 by 10:30. In the past, I have wrapped the pork and continued cooking to around 200 degrees.

This time I tried something new. I put the butt in the crockpot for the rest of the time.

But, the pork got to where it needed to be a little after 4pm. We usually eat around 6, so the pork had plenty of time to rest.

I put it in a cooler wrapped in foil and a towel to keep warm. 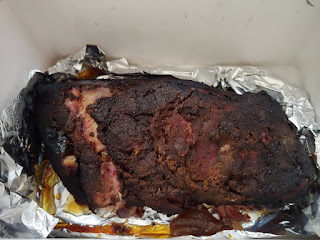 A bit before dinner, I shredded about half of the pork shoulder.

We had pulled-pork sandwiches. YUM! I got the yeast pitched, and the beer has been fermenting since then.

I will be kegging the beer when I empty one. Hail Storm is probably the next one to kick. 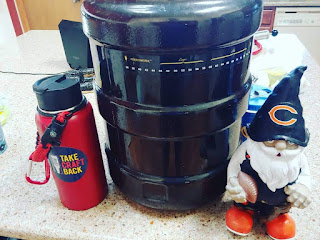