1 is for 14er Brewing Company 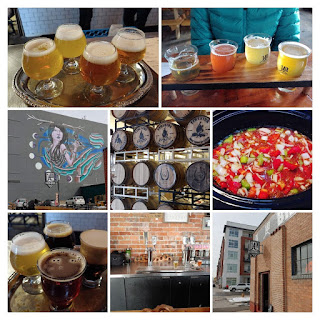 Well, I started over again, but in my list of breweries, I noted that some of the Denver Area breweries start with numerals rather than letters.

For example, there is a Denver brewery called "14er Brewing Company". Sure, I could bring it in as an F, but I wanted to give it a try sooner... so the SheppyBrew Beer Model and I headed downtown Saturday to check it out.

As it turns out, 14er Brewing Company has two locations fairly close to each other. I planned to hit one of them. The SheppyBrew Beer Model thought we were going to the other one.

She ordered lunch from The Walnut Room for us to eat at our brewery. It is on the same block of one of the locations. It is a bit longer of a walk from the other. 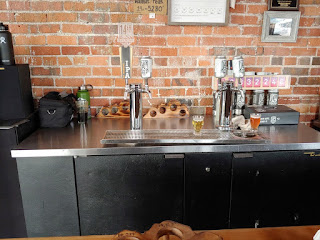 We ordered a flight

The Beer Model really liked the Maroon Bells. I enjoyed the Lager. 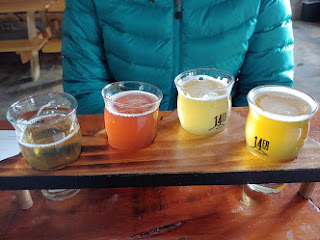 After this flight, we walked to pick up our lunch. It was about a 6 minute walk to The Walnut Room . 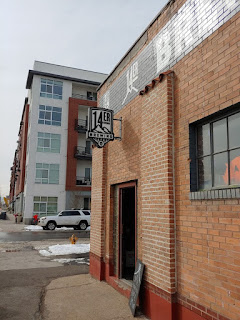 It was too cold out to take advantage of the beer garden, but I could see myself enjoying sitting out there in the summer. 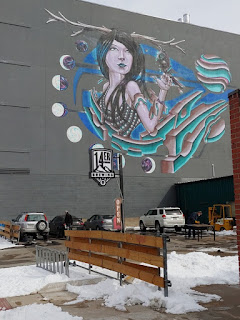 I had another couple of flights here while Beer Model had a pint of the Maroon Bells. 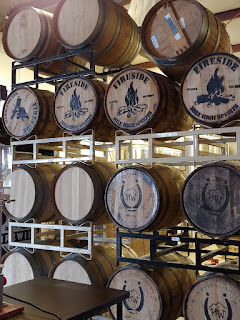 I was not really a fan of the Milkshake IPA's, but the other two were really good. 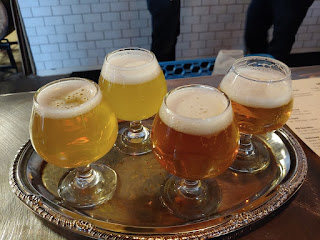 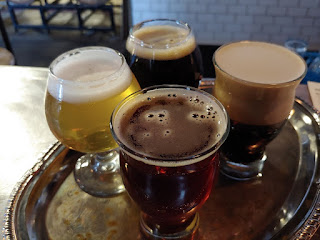 I enjoyed both locations. I love the "Rino" area of Denver. Every couple blocks is a brewery.

Be sure to try some 14er beers next time you're in this River North area of Denver.

Next up is an "A" brewery. I've decided which one, but you have to wait to find out.

Make sure you follow along at Sheppy's Blog: A to Z. Feel free to suggest breweries I should visit.