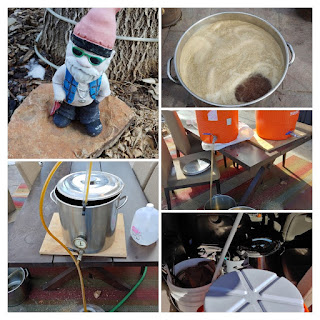 I brewed my 228th batch of beer on Saturday. It was one of those brew days on which I brought my brewing stuff over to a friend's house and brewed there.

Anyway ... you may remember my homebrew friend "Doc" from Cinco de Bealtaine Irish Stout and Learning to Homebrew.

The weekend before, SheppyBrew Beer Model and I had met Doc and his wife at a new brewery for some beers. He had mentioned that he was brewing Saturday with "Dan", another homebrewer we know.

He invited us over.

The Beer Model couldn't attend, but I decided to go.

I had to decide what to brew. SheppyBrew's PBR was almost done in primary, so I had lots of lager yeast I could harvest. I wanted to do a big lager.

The Beer Model said we should make a "Mardi Gras Beer". It took us a bit, but we came to the conclusion that a Bock would be a good Mardi Gras / Lent Beer.


I remember J. Wilson, the homebrewer and columnist who back in 2011 decided to follow the tradition of 17th century monks of Neudeck ob der Au outside Munich, Germany, developed the rich-and-malty beer to sustain them during Lenten fasts, the traditional 46-day lead-up to Easter.

Here is an article about the Lenten journey he took: My Faith: What I learned from my 46-day beer-only fast.

He also wrote a book: Diary of a Part-Time Monk .

And his blog on the project was Diary of a Part-time Monk.

J. Wilson picked (and the 17th century monks) picked dopplebock as their chosen style. I didn't want to go quite that big, so I went with a Dunkles Bock. 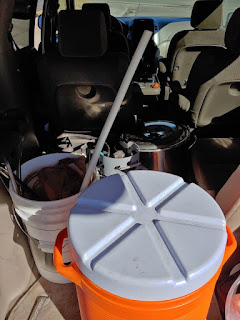 I got my ingredients on Friday. I harvested yeast Saturday morning. I packed up my stuff Saturday to arrive at his house around noon.

Just like the other two times, I started my mash before leaving so that the mashing process took place mostly before I arrived. This always put me ahead of the other brewers. It helps with the chilling process ... we don't have to fight over the hose.

Anyway ... things tend to go slower and I pay a little less attention to the process when I'm at Doc's house. I drink a lot more, and the conversation sometimes distracts from what is going on. 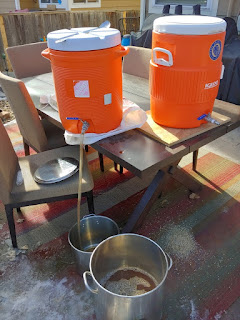 I didn't really start my boil until almost 2pm.

The pre-boil gravity was right where I wanted it. 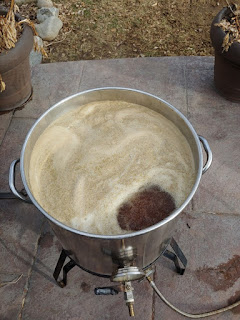 The boil went smoothly. The recipe doesn't have a lot to add during the boil, so the distractions didn't trip me up. 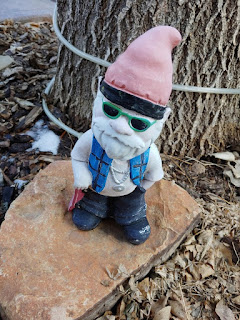 I got my chilling started about an hour before Doc needed the hose. I got the beer down to 70 degrees or so to cool further in the fermentor when I got home. 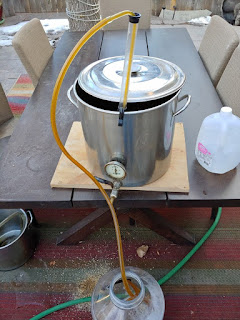 I got back home in time to put the fermentor in an ice bath and eat dinner with my family. We watched a movie.

By the time the movie was done, the Mardi Bock was chilled to 55 and I pitched the harvested yeast.

This morning, there are already signs of fermentation and the gravity has even started to drop.

It should be ready to drink by Lent. I know that most homebrewers think that a month isn't enough time for a lager to finish, but in my experience, the "traditional" thinking isn't really accurate. I almost always finish my lagers out in 3 or 4 weeks.

I've even won a ribbon for one of my lagers, so I must do ok on them.

Anyway, I'm looking forward to drinking this beer as part of Mardi Gras celebration. I might even have some left for Easter.