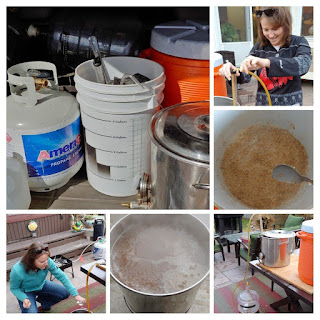 So ... Saturday, November 3 was the AHA's Learn to Homebrew Day.

My homebrewing friend, "Doc" invited me to his house to brew. You may remember that earlier in the year, I went to house for Big Brew Day (see Cinco de Bealtaine Irish Stout).

In addition to the two experienced homebrewers, there were a couple of people there to watch us, and a new homebrewer doing his first "real" homebrew batch.

Again, I packed up my brewing equipment and brought it "on the road". Again, it is a little awkward for me to do this.

I need a checklist.

But I was able to get enough of the stuff to Doc's house that I wasn't missing anything. The only thing I had to borrow from him was his wort chiller.


Like last time, I started my mash before driving over to the brewing location. This helped with the wort-chiller usage because it meant I was done with it by the time he needed it. 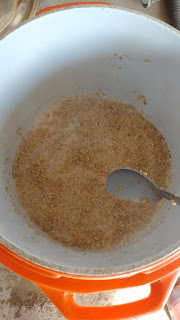 I also brought over a growler of my 2018 Will-o-Wisp Pumpkin Ale, and a keg of my 2018 Falling Leaves Autumn Saison. Both were hits. 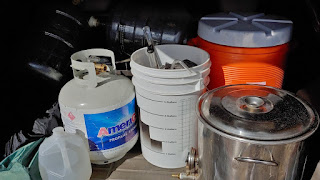 Not only is bringing my equipment "on the road" a little strange for me, but as you probably have figured out from these blog posts, I usually start my brew days very early in the morning.

The brew day a Doc's house starts around noon(ish). 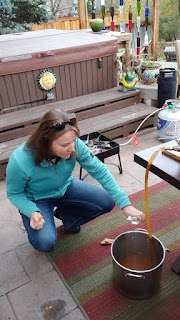 The beer we brewed was a SheppyBrew Classic.... 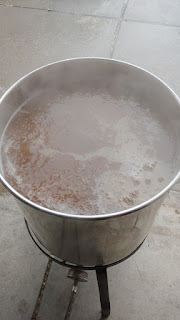 By my count, this is the 12th time I've brewed Buckwheat's Belgium Pale Ale. There is no beer I've brewed more often. 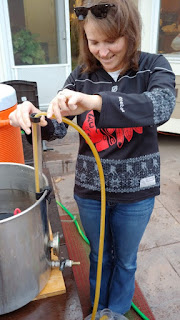 For quite awhile, the SheppyBrew Beer Model declared that Buckwheat's Belgium Pale Ale was her favorite beer.

I, of course, am unable to name a favorite. She has become a bit more like me ... more into trying new things, so we have not brewed this in awhile.

But, we thought it would be fun to try it again. 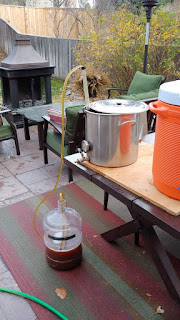 I drank more than I usually do during a brew day, but I got everything added at the right points and didn't screw anything up. 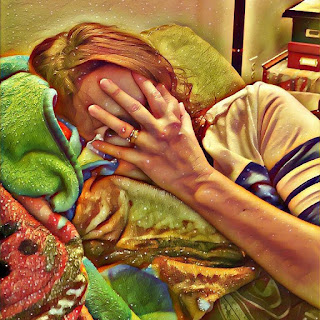 It will be fun to see how the beer turns out. We'll try it with Doc and his wife and the beer they (he) brewed Saturday.