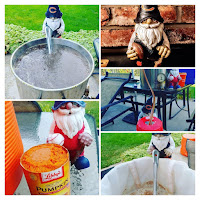 I have gotten bad at getting my blog posts out. This post should have been published at least 2 weeks ago.

That being the case, in 2014, I designed a pumpkin spice ale. And I brewed it.

It is actually pretty good. The base beer is fantastic and the pumpkin spice is subtle enough that I can drink it, while still being present enough for my wife to enjoy the beer. 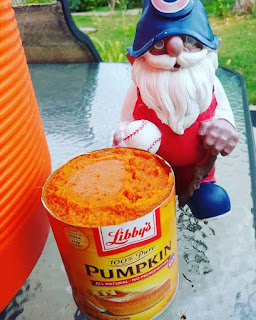 Some people will tell you that you don't need pumpkin in a pumpkin spice ale. I disagree. So, I put pumpkin in. 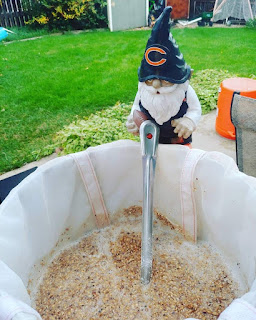 As you can probably tell from the pictures, I started the brew day fairly late for me. The sun was actually up when I started.

The brew day went pretty well, other than apparently my refractometer badly needed calibration. It was a good 5 points off. 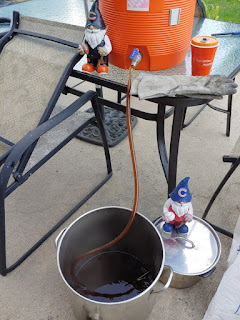 I ended up diluting the wort as if my wort was 5 points higher than it should have been.

As a result, my OG was 5 points low. At least I'm consistent.

I'm actually a fan of lower alcohol beers, and the flavor is still awesome. So, it wasn't really a big problem for me.

Since then, I've calibrated my refractometer and will probably now remember to check it more often going forward. 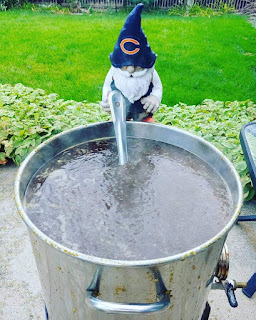 The wife has even had a few pints. 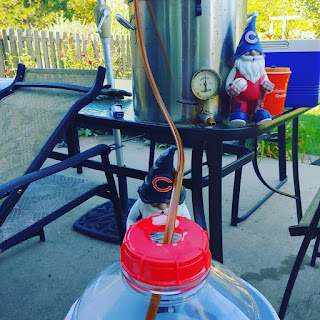 It is a tasty beer. As I mentioned at the beginning of this post, I really think the base beer is fantastic. The pumpkin spice is noticeable, but certainly not overwhelming. I think it is a great compromise between the pumpkin spice lover in my wife and the beer lover in me.

I might even have a fair amount of this batch.