Well, this certainly should not surprise anyone. As I mentioned in my last blog post (see Pumpkin Ales), I was going to brew this weekend. And brew I did. 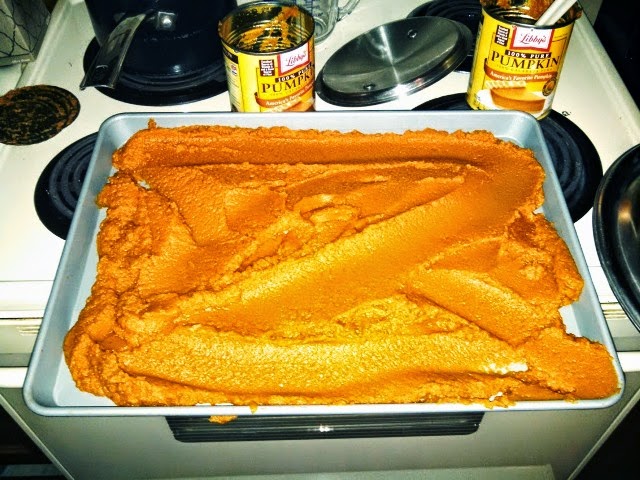 I started super early, and was finished before 8:30AM. As a result, all my pictures of this brew day except one are with my crappy camera phone flash. I applogize for the lack of quality photographs. Not that they are all that great most of the time.

Brewing a pumpkin ale was a bit of a learning experience, but everything went great.

I started out the brew-day by spreading my canned pumpkin onto a cookie sheet and baking it at 350 degrees. While the pumpkin was cooking, I got my mash going. I hit my temperature perfect, which is rare. 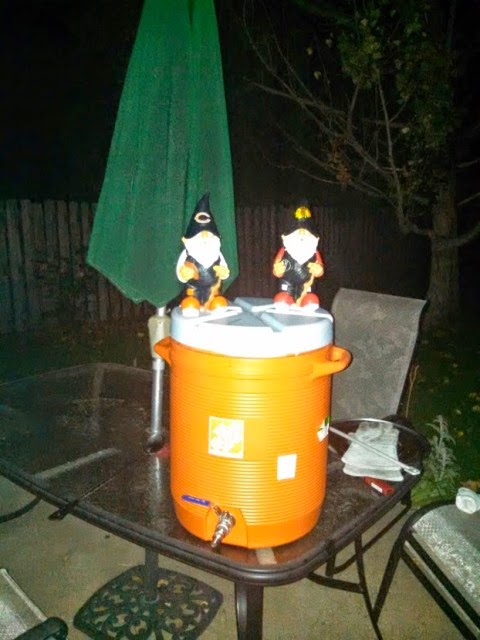 About half an hour into the mash, I took the pumpkin from the oven and added it to the mash. It does make a gooey mess. I did use a grain bag in the mash tun in case of a stuck sparge.

I didn't get a stuck sparge, but the wort did come out slower than usual. Interesting, I got much better vorlauf than usual. Or at least I think I did. It was dark, but the wort looked much clearer than usual coming out of the tun. There also ended up being less hot-break than usual and much less "gunk" in the bottom of the kettle at the end. 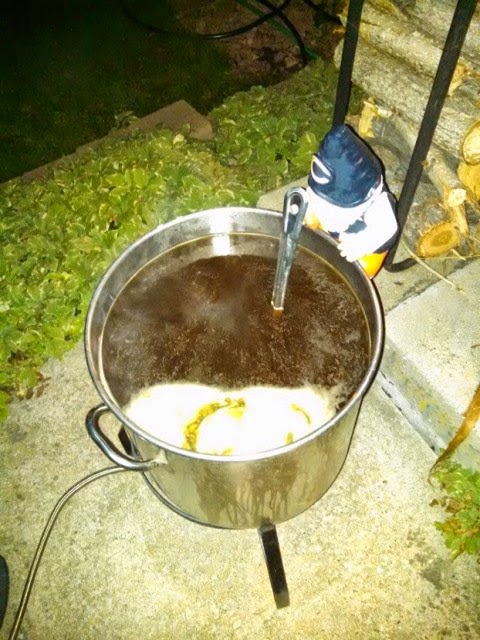 The boil went as planned. It was done before sunrise here in Denver. 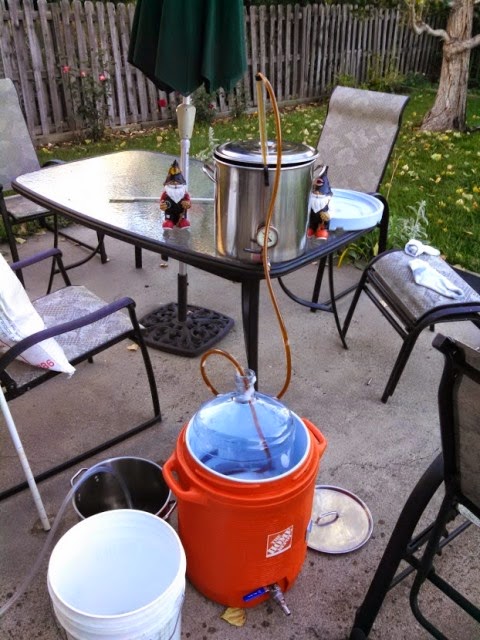 Cooling went as usual. As I mentioned, I had less gunk in the bottom of the kettle, and as a result, I got an extra (almost) half gallon that I transferred to a growler for a separate fermentation. I sort of eye-balled how much yeast to add to this one. It is probably under-pitched.

So, the base beer just needs to ferment.

I also went to make a tincture of pumpkin pie spice, but either we are out of vodka, or the Beer Model is hiding it from me. That's ok. It will be a bit before I add any spice. I have time to find vodka.

As far as the gravity addition from the pumpkin, my OG is only a couple of points above plan. So, assuming that my efficiency was where I expected, 58oz of pumpkin only adds two or three gravity points. Good to know. It probably makes sense to continue to consider it nothing letting whatever it ends up being a bonus.

I expect to keg this batch around the 5th of October, which gives it plenty of time to condition before Halloween. I'll be sure to let you know how it turns out.