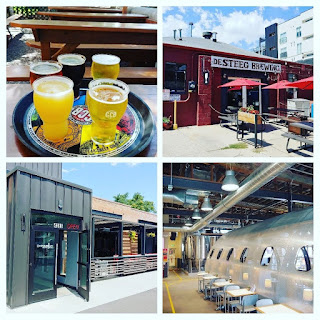 So .... I hinted in D is for De Steeg Brewing that I would follow up with "E" fairly quickly.

As a reminder, Saturday, my wife and I biked around the area of Mile High Stadium in Denver.

She tested out an eBike. There might be more about that later. Stay tuned on this blog.

After biking, we were close to a number of breweries.

It just so happens that there is an "E" brewery within a short walking distance of De Steeg.

If you are familiar with this area around Tennyson, you probably were able to figure this out, but my "E" brewery is ....


E is for Empourium Brewing Company


So ... we walked into Empourium Brewing Company. Since they don't serve food, we asked about suggestions for lunch. 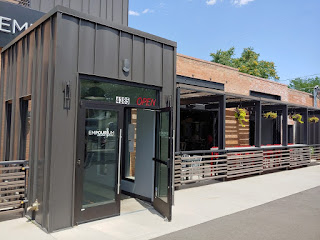 They had a ton of suggestions documented on the back of their beer menu. Awesome.

We ended up walking a block or two to a burger joint. Yum.

When we came back, we ordered a couple of flights. (surprise surprise) 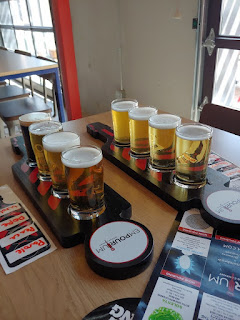 
I enjoyed all the beers. Not sure I'd drink much of the "Conditions of my Parole", but it was fun tasting a "coffee blonde". 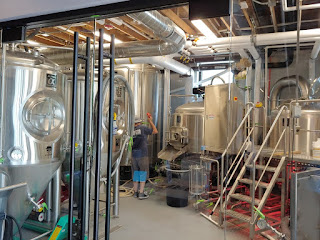 The Empourium tasting room and brew house is very new and shiny looking. It is a fantastic location and looks like a fun place to hang out on Friday or Saturday nights.

I enjoyed my time there. Check it out when you get a chance. 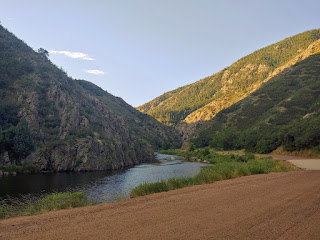 Since there is an "F" brewery within walking distance ... there is a strong possibility that you'll see my "F" post fairly soon.

Again, if you are familiar with the area, you can probably figure out which brewery I'm talking about.