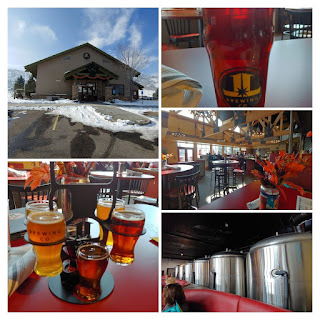 It was only a couple weeks ago that I posted K is for Kitchen, Lowdown Brewery +

And, as you probably know, L comes right after K.

As I mentioned in K is for Kitchen, Lowdown Brewery +, I had an L brewery in mind. There are actually plenty of "L" breweries in the Denver area. Even when I eliminate the ones I've been to, I still have a few I can use in the future.

The brewery I had in mind is very close to my house and this location only opened up this past summer.

I was actually quite excited to try it out. And ... the Friday after Thanksgiving, the Beer Model and I did go check it out. 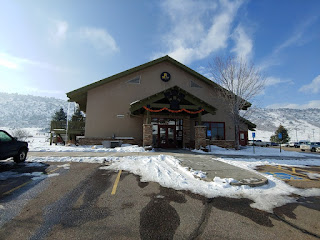 There has been a Lariat Lodge Brewing in Evergreen for quite some time. I have often told myself I should stop by and try it sometime, but I never have.

This past summer they opened a second location closer to our house at.

They moved into a space that used to be another restaurant. 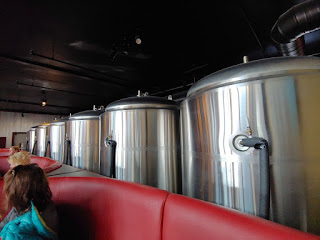 The place looks very similar, although there is a bunch more brewing equipment in the space now that it is a brewery.

They also serve food, so the Beer Model and I had lunch there. 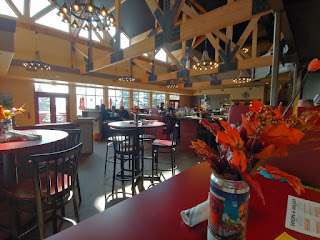 We had a flight of beers. The waitress told us we could have everything on the menu, but as it turned out, they were out of 3 beers.

The waitress got the order of the flight mixed up, and I gave the beers a few lower untappd scores than they deserved because I thought they were horrible examples of their styles.

Eventually I got it figured out, though. 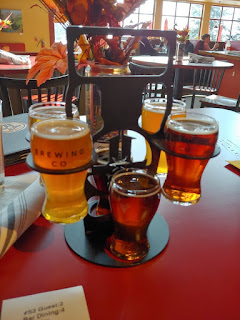 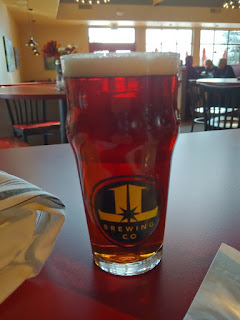 The food was very good. I had a Reuben, which is probably the best Reuben I've had in quite awhile.

My wife liked her food as well.

It seemed to be fairly popular, and there were a fair number of people there for a Saturday lunch time.

Unlike the letter "L", I am having troubles finding a brewery in the area whose name starts with the letter "M". Let me know if you have a suggestion.

I'm sure I'll figure something out.