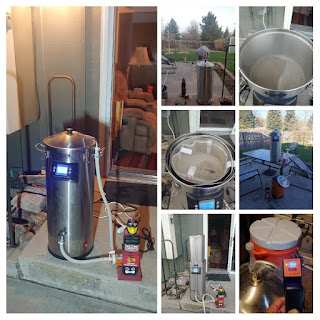 As I type this, my beloved Blackhawks are in 6th place in the Central Division of the NHL.
At this point, they are 7 points out of the playoffs, and I have not seen anything that makes me optimistic that they'll make up that gap.
I'm doing my part, but I'm just one person, and years and years of being a Blackhawk fan have proven that my efforts are not enough without a great team out there on the ice.
I miss those years when the Hawks won 3 Stanley Cups in 6 years.
Sigh.
But, never say never. I won't give up quite yet.
This last Sunday, I helped the team by brewing up my wonderful beer ...
Chelsea Dagger Pre-Prohibition Lager 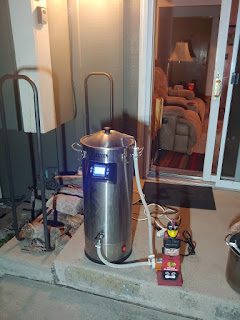 I pre-heated the water overnight so that I could mash in as soon as I woke up.
I was up at 5AM and mashed in soon after. One thing I tried out on this beer was to add lactic acid to the mash to bring down the pH a bit. This is something I'm playing around with for lighter colored beers. 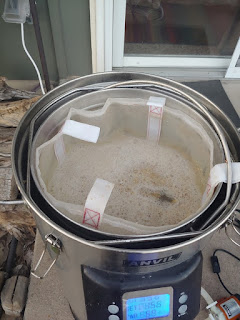 My fermentor still had Helles in a Hand Bock-sket in it, so I had to keg it. I grabbed a slug of yeast from it to use in this batch of Chelsea dagger. 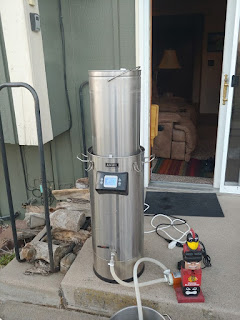 The mash went as usual. My pre-boil volume was a bit high and my gravity a bit low. I ended up adding sugar to bring the gravity up a bit.
I got things added to the boil as planned. 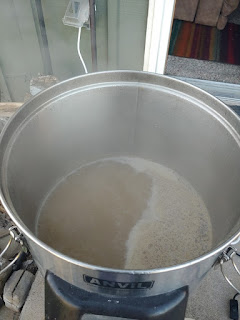 I think maybe my boil-off rate in Beersmith might be high. My OG was a bit low even after correcting pre-boil.
I was able to chill the wort down to 52ish and had the yeast pitched by 9AM. 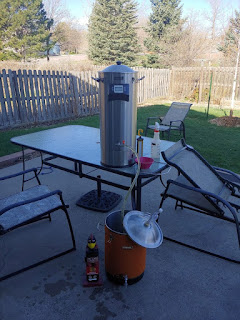 Clean up was done (pretty much) by 9:30. A four and a half hour brew day.
Fermentation started a little bit slower than usual, but it was going by Tuesday morning. I'm sure the beer will be great. 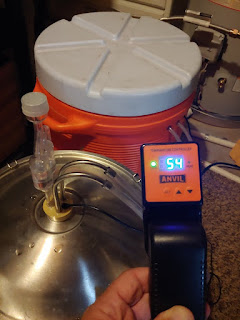