I have really been neglecting this blog lately. Not sure exactly what my problem is except I just don't feel like getting on the computer much.

As a result, I am very late with a brew-day blog post.

2 weeks ago, I brewed

Muggled was basically designed around a couple of packets of Chinook hops that I picked up at the last GABF. Of course, the fact that I have been neglecting this blog means that I never shared that I got these hops ... but ... well ... you know ...

I just thought it would be nice to have a nice hoppy pale ale on tap, and having the Chinook hops worked in nicely with the recipe. 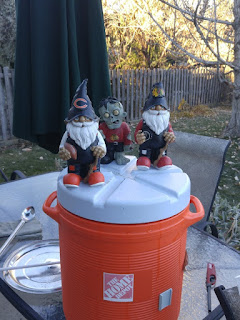 Brew day was pretty non-eventful. Every thing went well as far as I remember.

There were a bunch of bees that started hanging around. Through the boil and during cooling. One of them committed suicide by jumping into the boil. I just took the little guy out and continued, but I did think it was sort of weird. 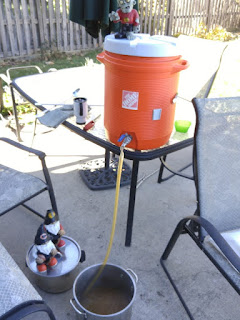 I did cool the wort under 60 degrees for pitching, and apparently the yeast I used (Danstar BRY-97 American West Coast Beer Yeast) didn't really like the cold temperature and the fermentation took over a day to get started. Probably won't use that yeast again. 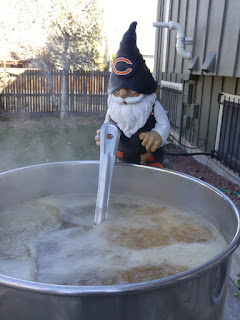 I kegged the beer yesterday. The sample did taste like the yeast probably struggled a bit. The F.G. was about where I thought it should be, though. Not a bad beer, just not my best. 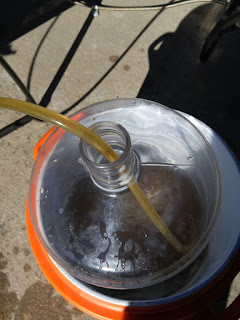 The dry hops are sitting in the keg at room temperature right now. Sometime in the next couple days, I'll refrigerate and carbonate. I might try some on Thanksgiving, but it will probably be the next weekend before I declare this beer officially ready to drink. 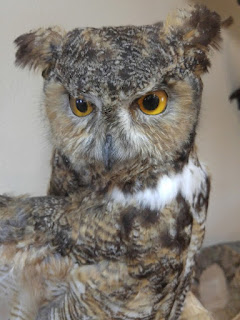 I am finally starting my 2015 X-Mas Ale. I really should have gotten this going sooner. I'm not sure it will be completely ready for Christmas, but I'll be able to drink it over the winter.

I hope to let you know how that brew day goes ... sooner.