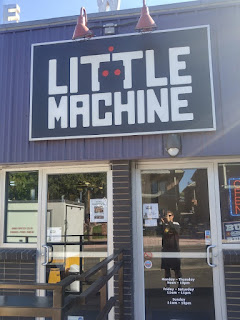 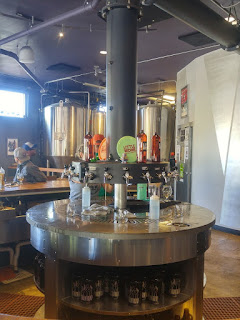 Little Machine Beer is in a great location practically right next to the Denver Broncos Mile High Stadium. When I went, the Broncos were playing in Cincinnati, so the place wasn't too crowded. I bet the brewery is packed on Bronco Home Games. 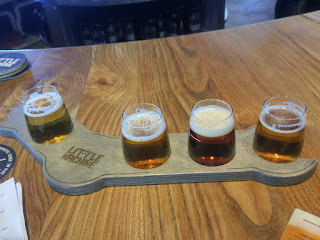 They have an awesome tasting room with a circular bar. There are lots pictures and sculptures of robots in and around the building.

It is a cool little place. Go experience it yourself. 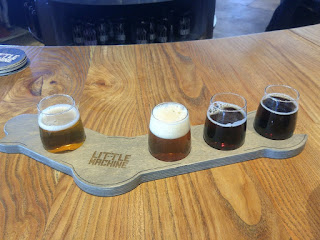 And the beer was awesome too.

I had two flights of 4 beers, and did not have all the beers on the menu. I also took home a growler to enjoy that evening. 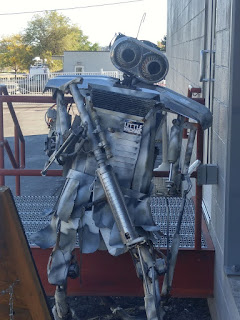 And the brewery has many more beers to offer. Check out their "Our Beer" page for more choices.

Every beer I had was worth drinking and most of them were excellent.

As I mentioned, I took home a growler of Sky-Wired Wet Hop Strong Pale. It was as good in my backyard as it was in the tasting room. 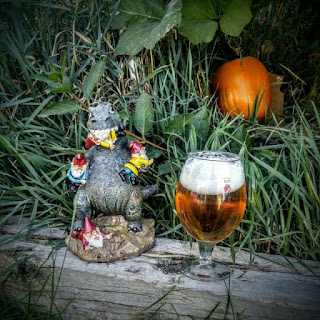 And that takes care of .L is for Little Machine Beer

This is another brewery that I suggest you check out when you get a chance.

As you can probably guess, my next brewery in the series will start with the Letter M.

I do have a couple in mind, but if you know of any you think I should try, leave a comment below.

As always, you can follow the whole series by bookmarking "Sheppy's Blog: A to Z".

Bears Suck! Can't wait for the Blackhawk season to begin.