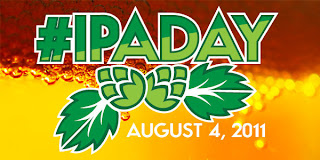 Almost a month ago The Beer Wench announced that August 4 is "International #IPADay". It is designed to be a social media phenomenon to promote the popularity of craft beer. The hash tag is a twitter-specific thing, and when the announcement went out, I noticed quite a bit of reaction at http://twitter.com/#!/search/%23ipaday . Most of it was positive. Some of it was negative. Some of it was almost make-personal-attacks-at-Ashley-kind-of-negative. I suppose that is a function of twitter. Can't please everyone I guess. The very next day, the Wench made another post about the event to answer questions she apparently got (mostly from twitter, I'm sure).

It turns out that August 5th is International Beer Day .   So, I suppose today and tomorrow will be busy social media days.


People have been already using the #IPADay hash tag on twitter quite a bit. I've even started a paper.li Daily called Daily #IPADay News to help follow along with the twitter activity in anticipation of the day. I am really interested to see what the paper looks like today and for the next week or so.

And me being the blind follower that I am, here I go contributing to the craziness. 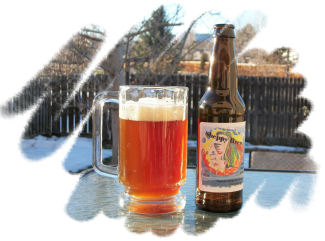 I like hoppy, but I don't know that I would say that IPA's are necessarily my favorite style. In fact, the only beer SheppyBrew makes that could be considered an IPA is TommyHawk APA. It probably should be classified an IPA, but I named it an APA (American Pale Ale), and so it isn't REALLY an IPA by name alone (what's in a name?). And it certainly is not even close to the crazy hoppy West Coast style that is associated with the style now-a-days. Generally, I tend to go more towards the balanced side in my own beers. 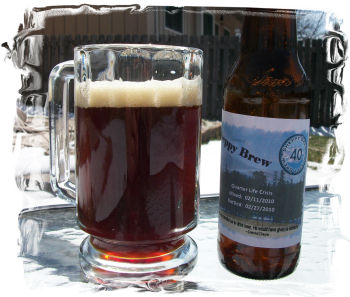 Of course, that being said, my favorite SheppyBrew beer is Quarter Life Crisis Hoppy Red Ale, which is too dark in color to be called an IPA, but is certainly IPA hoppy. Another one of my favorites is my Stone Soup IDA, which is also very hoppy (but even darker in color than the red ... IDA stands for India Dark Ale).

I guess IPA's sort of bore me, although usually they will be my choice out at a restaurant or bar or pub that doesn't make a India Dark Ale or a really Hoppy Red Ale. I guess the IPA is a safe choice because it is always good, if not necessarily spectacular. Of course, as I've mentioned before, I love to take canned IPA's camping.

Speaking of canned IPA's, I think my favorite commercial IPA currently is Breckenridge Brewery's Lucky U IPA. You can follow the link to see what I said about it. 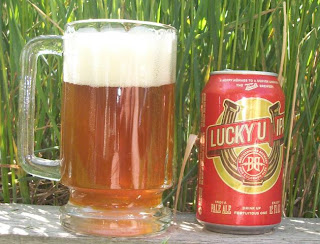 If you follow my blog a bunch, you know that I am trying to drink more of the 2011 Zymurgy Best Beers in America list.(see Moving on to 2011 Best Beers List). While working on the 2010 list, I lamented more than once that the list is mostly IPAs (or double or imperial IPAs). I guess hoppy is what people associate with the Craft Beer movement. I have not counted, but my sense is that 2011 is not quite as dominated by IPAs as 2010 was.

If you are curious of what I've said about IPA's in this blog, check out:

Speaking of TommyHawk and Lucky U IPA, my wife's dad, sisters and her sisters' families came to visit back in July (see Helpful #HomeBrew Thiefs ). The older of the brother-in-laws really liked the TommyHawk when I let the group taste my SheppyBrews. We stayed up at Breckenridge and I convinced him to try Lucky U IPA. He really liked the Lucky U as well. I never had him figured as an IPA guy, but I guess I converted him.

Anyway, go out and get yourself an IPA and have a happy International #IPADay. 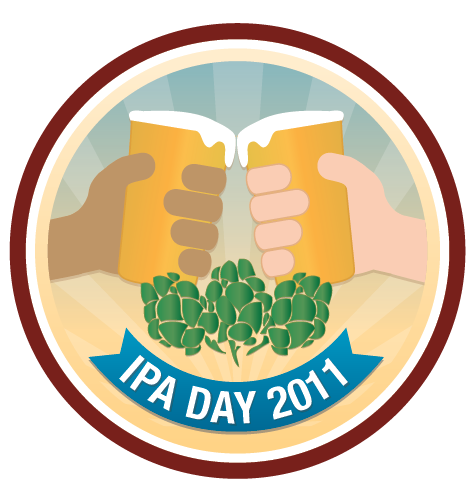