On Whacko Wife and other things SheppyBrew

I am not brewing today, but the SheppyBrew Brewery had a somewhat busy morning.

I made a yeast starter for Whacko Wife Pumpkin Witbier . I am brewing Whacko Wife tomorrow, so I probably should have made the starter sooner. Of course if you have been paying attention to my last few brews that used yeast starters, you realize this has become somewhat typical for me. It does seem to get the main fermentation started quicker.

Whacko Wife is interesting. It uses a base of Whisky Wife Wit, which is a beer that I have brewed before as a partial mash. Very recently, I converted that to an all-grain recipe, but I have not brewed the all-grain version of the base, yet. So, for this pumpkin beer, I am brewing the derivative fruit beer before the main beer has been brewed. Just sort of backwards. It will turn out fine. It is just sort of interesting.

The starter I made was about two liters, which is less than Beer Smith says the starter should be. I actually have recently realized that all my starters have been lower than the various calculators have suggested. I don't really think my beer has suffered, but I may try to start paying closer attention to pitching rates. 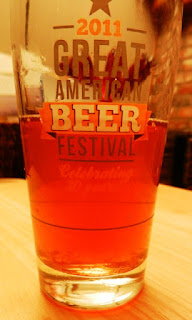 While the wort of the starter was cooling, I took a gravity sample of Rationalité Poison d'Ereeeek. You may remember, this is my first (and thus far only) sour beer that I brewed back in September (see My #SourBeerDay).

Since then I fermented, put in secondary, kegged, and have even had a few samples, but really have not shared what was going on with the beer other than what is in the comments on the SheppyBrew Website (see the bottom of  Rationalité Poison d'Ereeeek). I also have not chilled it down yet. All my samples have been room temperature.

I have been thinking that the beer has had too much acetic acid flavor (vinegar). Some vinegar flavor is acceptable in the Flander's Red style, but I had been getting too much. For awhile I was considering dumping the batch, and only decided not to because I didn't really need that keg for other beers.

Last night, I tried some, though, and thought the flavor was right where I wanted it. I actually did some blending last night with some of the last of my Raspberry Wetta Berry, and thought the result was very good (much better than the raspberry beer by itself).

So, now I am glad I did not dump the batch. The final gravity of this beer is 1.006, making it a 6% ABV beer. This is where it was when I kegged it. I think I am going to chill the keg down and start drinking it. I want to bottle some too. 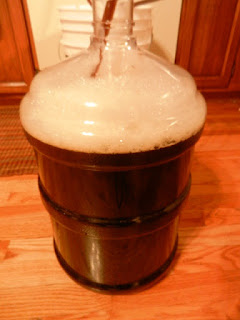 While all this was going on this morning, I also racked my batch of BlackHawk Black Ale onto half a pound of raisins.  I let the raisins soak in star san for a few minutes to sanitize them, and then added them to a grain bag (actually if it contains raisins, you probably should not call it a "grain" bag, huh?)

The gravity of the beer is at 1.020, which is very full bodied, but it is what I was shooting for with such a high mash temperature. The sample tasted amazing. Lots of dark fruit flavor which not a whole lot of roastiness. Again, exactly what I was going for. It has a bit of sweetness at the beginning, but there is enough bitterness at the end to make it wonderfully balanced. I can't wait to drink this beer. 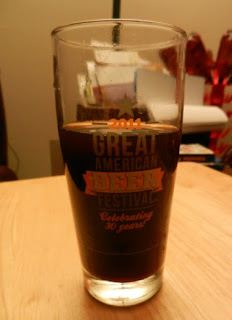 In other SheppyBrew news, I kegged my 42 SMaSH Pale Ale a couple nights ago. It is chilling and carbonating right now and will be ready to drink next weekend. It ended up a 5% ABV beer. Again, right where I wanted it. It has lots of nice grapefruit flavor and that beautiful rich Maris Otter grain taste. This beer probably won't last very long at all.

So, there you go. You are caught up on everything going on at the SheppyBrew brewery. Brew day is tomorrow, and I'll be sure to let you know how that goes.