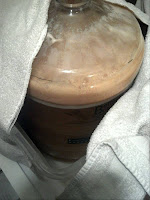 I skipped last month's "The Session" (aka Beer Blogging Friday). I just had a hard time focusing on the topic. Nothing against the topic. I actually do think about beer hype quite a bit. I just didn't feel I had my blogging head around it last month.

When I saw the announcement for this month's topic, though, I had JUST been talking to someone about it. Yes, surprising as it sounds, sometimes I talk to people about beer. Quite often, really.

This month, John at Home Brew Manual is hosting the topic Brewers And Drinkers. He brings up that it surprises him how many beer bloggers out there don't brew. For him (as for me), the overall enjoyment of beer has changed since becoming a brewer.

I have shared several times with lots of people (I've probably even mentioned it on this blog) that I never really appreciated (or really liked all that much) American IPAs until I had been brewing for awhile.

I've shared similar sentiments about Belgium beers. I sort of doubt I would necessarily be into Sour Beers without being a brewer. It is clear that I have a much deeper knowledge and appreciation for beer now that I brew my own beer.

I don't know for absolute certain, but until my sister gave me my first Mr. Beer Kit for Christmas in 2008, I do not think I ever mentioned beer on this blog. Now, it is somewhat rare that I blog about anything but beer. 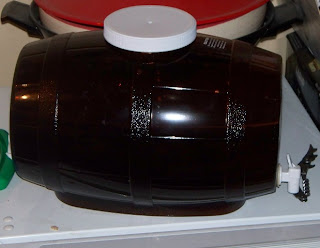 This all might not necessarily be a good thing. My "appreciation" of beer borders on obsession. Heck, let's be honest, it does not just border on obsession. I crossed over into complete obsession long ago. I am a full-on citizen of beer-obsession-land. I like to blame my sister for this, but perhaps I share some responsibility for it. Luckily, I have an understanding and supportive wife. Perhaps my wife should share some of the blame as well.

Anyhow, whereas John seems to be saying that brewing beer enhances his perception of beer, I don't think I would be a craft beer snob (geek, nerd, expert, fan, whatever-you-want-to-call-me) at all without having become a home-brewer. I think that almost everything I now know about beer is because of my home-brewing obsession. Every so often, I'll be talking to someone about beer and it will catch me off guard that they don't know what some term means. This will make me wonder to myself whether or not this was something I knew before I started brewing. Usually, the answer is "probably not". 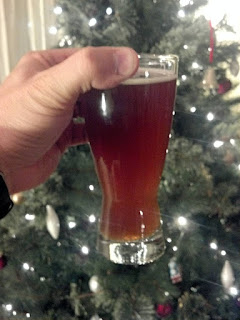 Now when I drink a beer, I am thinking to myself ... now how would I make this? I analyze what I would do to change the beer to make it more in line with my personal tastes. If there is something I really like about the beer, I try to figure out what I would do to replicate it. Obviously if I don't like something about it, I decide what they did and how I would brew it differently. It is pretty obvious that I never did any of this before I knew how to brew. In fact, it takes a bit of experience brewing to be able to point to these types of things.

I know there are very good beer bloggers out there who don't brew. But, to be honest, I think most of them do brew beer. At the moment, I cannot think of anyone who blogs or podcasts about beer that does not brew at least some. And I think it helps to have the basic understanding of the process to be a beer expert (snob, geek, nerd, fan, whatever-you-want-to-call-us).

What do you think? Do you need to brew, or at least understand the brewing process, to truly appreciate beer? Do you consider yourself a beer expert? Do you brew? How much?