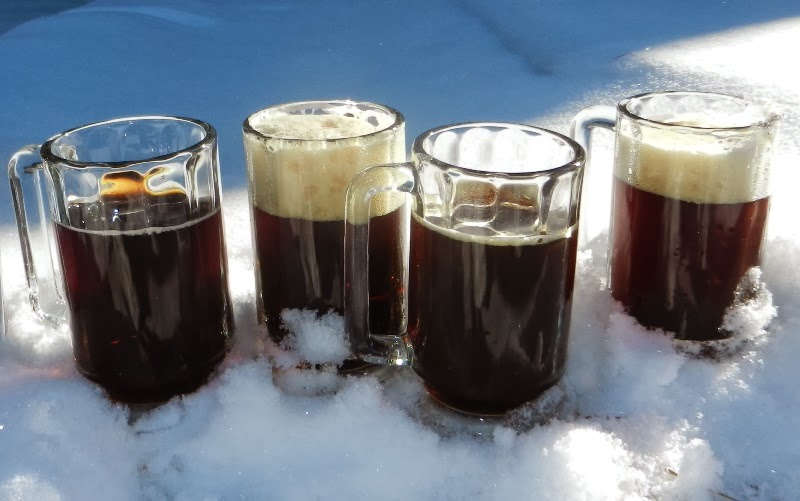 The base of all these beers are very similar. It is a nice malty, caramelly winter warmer.

2010 had almost no head. 2011 was probably over carbonated and so over-foamed. The other two probably had the right amount of head, although 2012's dissipated quickly.


The 2010 beer was spiced with apple pie spice and cinnamon. This was my second favorite of the tasting, and seems to be holding up very well. I have 3 of these left, so I should be able to taste these through 2016. This was also the Beer Model's second favorite.


The 2011 was flavored with Hazelnut Extract. This flavor was always somewhat "Jekyll and Hyde" to me. Sometimes I really liked it. Sometimes I really didn't. Yesterday, I liked it, but it was my 3rd favorite of the tasting. As far as I could tell, it tasted about the same as it did last year and the year before. I have 4 of these left, which should make it last through the 2017 tasting.

The 2012 version of the beer was also always one that depending on my mood, I really really liked or really really didn't. It is flavored with some peppermint, making it taste very much like a chocolate candy cane. It was my favorite of the tasting yesterday. The Beer Model also said it was her favorite. According to my inventory, I have 6 of these, which means I should be able to taste these through 2019.

The 2013 version of the X-Mas Ale was the Category 22, Smoke-Flavored and Wood-Aged Beer representative for my BJCP Category Project (see SheppyBrew Styles). Unfortunately, this was my least favorite of the tasting. I really should not have put quite so much smoked malt into this beer. I am hoping that age fades the smoke flavor. We will see. This was also  the Beer Model's least favorite. 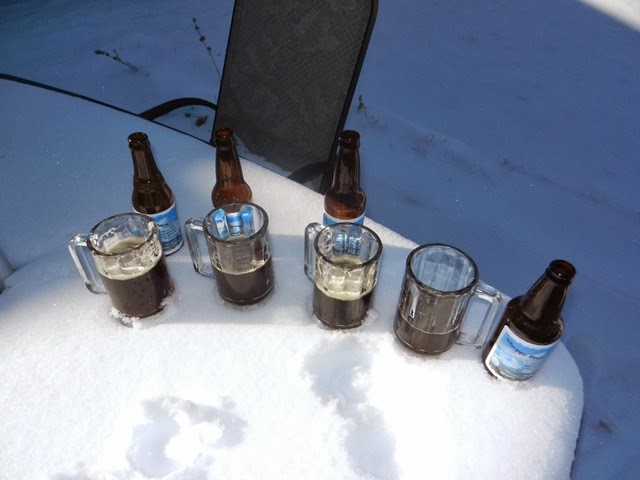 So, that is this year's X-Mas Ale vertical tasting. I think next year, I am not going to add any special favoring to the 2014 X-Mas. Basically, I'm just going to brew the base beer and call that the holiday beer. Who knows though. I said the same thing for this year.

We'll see. Tune in next year to see!