Recently, Caution Brewing Company opened a second location, that just happens to be very close to my home brewery. 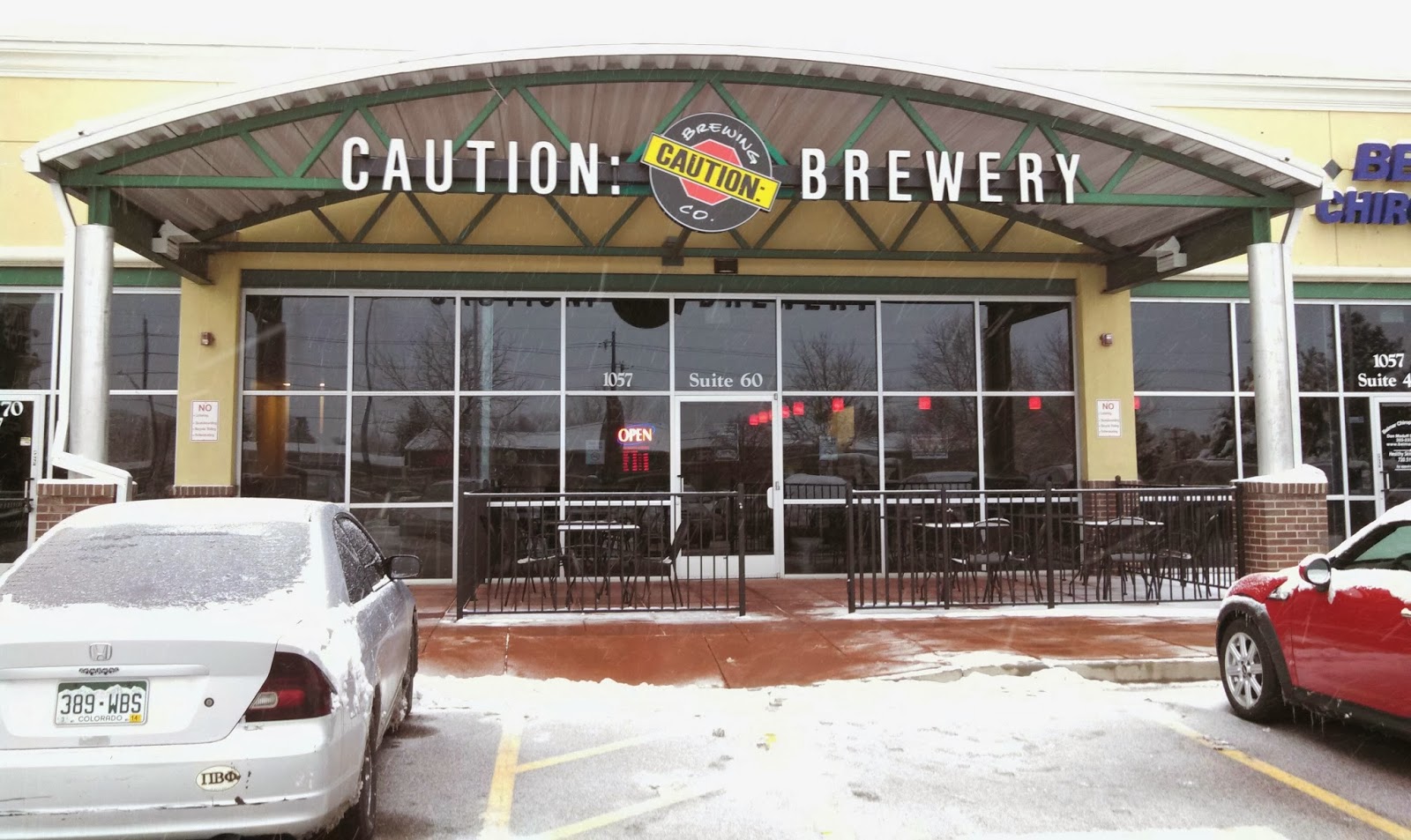 Shamefully, I've never been to their original location, and until last weekend, had not made it to the new one either. Last Saturday, though I needed to get my wife a growler so she'd have something to drink watching the SuperBowl. I used this as an excuse to stop by Caution Brewery West.

Getting there was a bit more of a challenge than I originally anticipated. They are only about a 10 minute drive from my house, but there is no way to turn left into their parking lot. I had to go past for quite a bit and turn around to come back. Then, I passed the entrance again and had to come back again.

Eventually, I got in there. The brewery has a little patio out front and a little tasting room inside. Nice little place, but I imagine it is going to be crazy packed quite often, especially in the summer.

Anyway, they have plenty of taps (12? 16?), but when I went in, they only had 4 beers available for me to try. Apparently, their demand is outpacing their brewing. I think they eventually will start to get ahead, but for now, their variety leaves quite a bit to be desired.

Of course, it is better to have that be a brewery's problem rather than having too much beer and too little demand.

While there, I got a taster flight of:

Lao Wang Lager ... This is a Spiced Asian Lager, apparently their flagship beer. Essentially, this is an American Light Lager, with a secret blend of Asian spices. It is a very good beer and extremely interesting. Not really the kind of beer I would ever drink a ton of, but I can see why this is so popular. 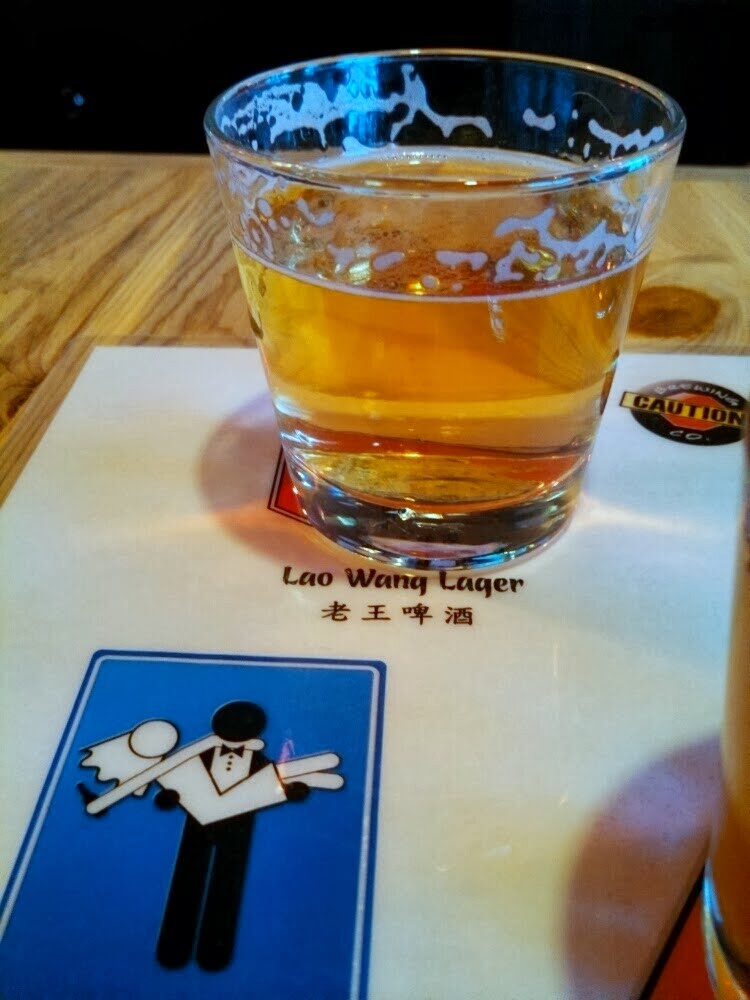 Wild Blond Ale ... Another "gateway" beer to transition BMC drinkers into "real" craft beer. Light in body and color, but with a decent amount of malt flavor. This is the beer I got in my growler to bring home to The Beer Model to drink during the Superbowl. 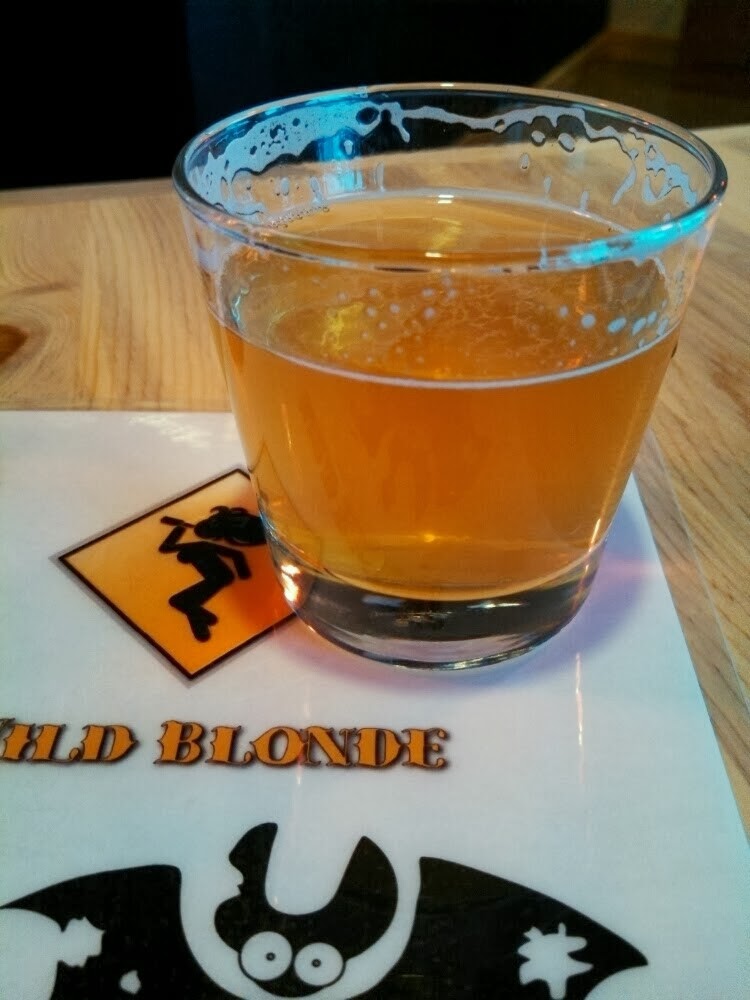 Card Your Mom Saison … An awesome saison/farmhouse ale nicely spiced with cardamom (Get it? Card your mom .... Cardamom??? Funny, right?). Lemony, peppery, a bit of mint. Nice floral hops. Just enough of that saison yeast character without being overpowering. This was my favorite of the beers I had here. 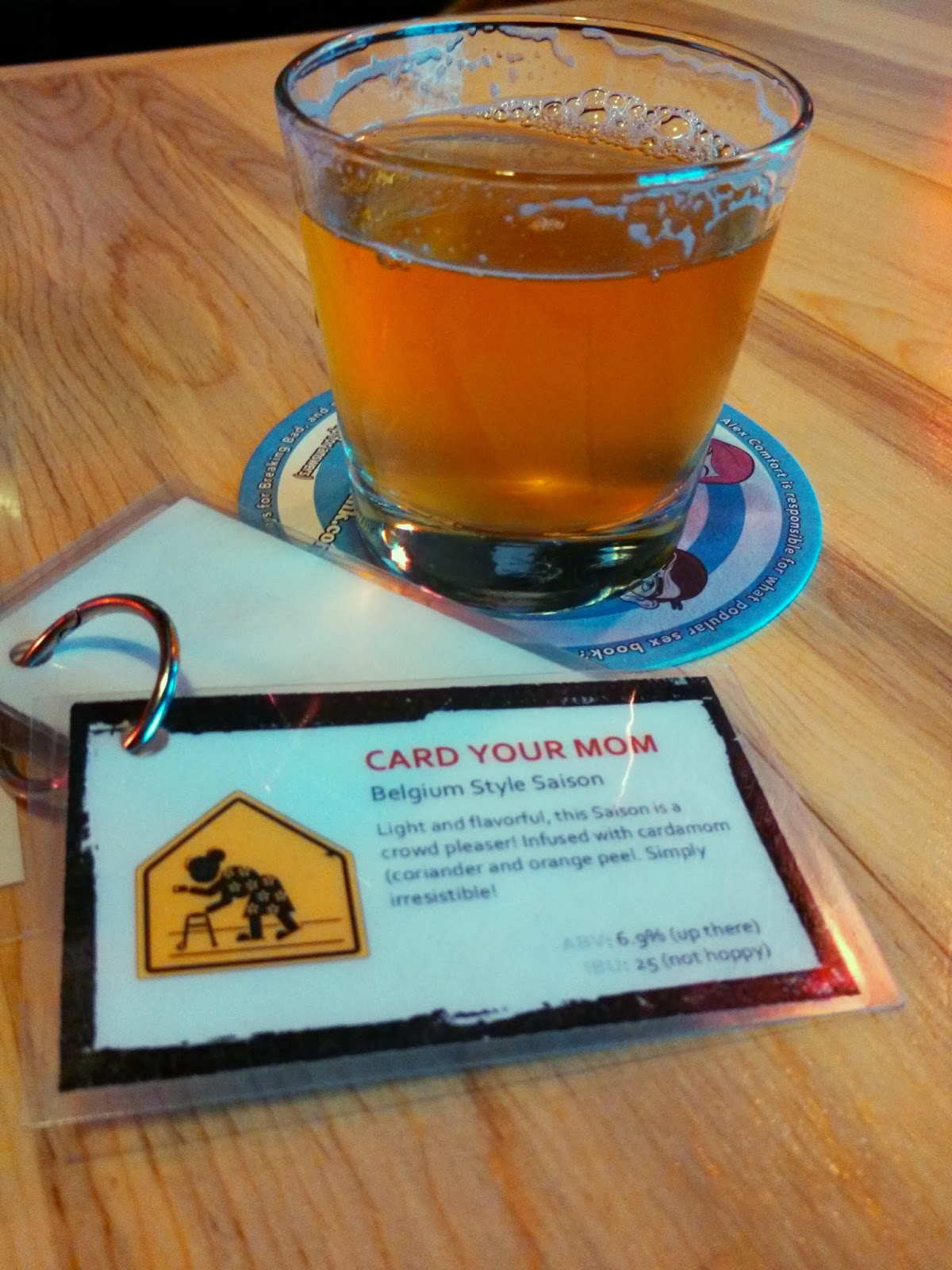 HippityHops IPA ... My second favorite. If you like IPAs without a punch-in-the-mouth bitterness, this is a great beer for you. I thought it was wonderful. It features whole flower chrysanthemums, which is certainly an interesting choice for an IPA. It works nicely in this balanced IPA, though. It was my second favorite of the flight. 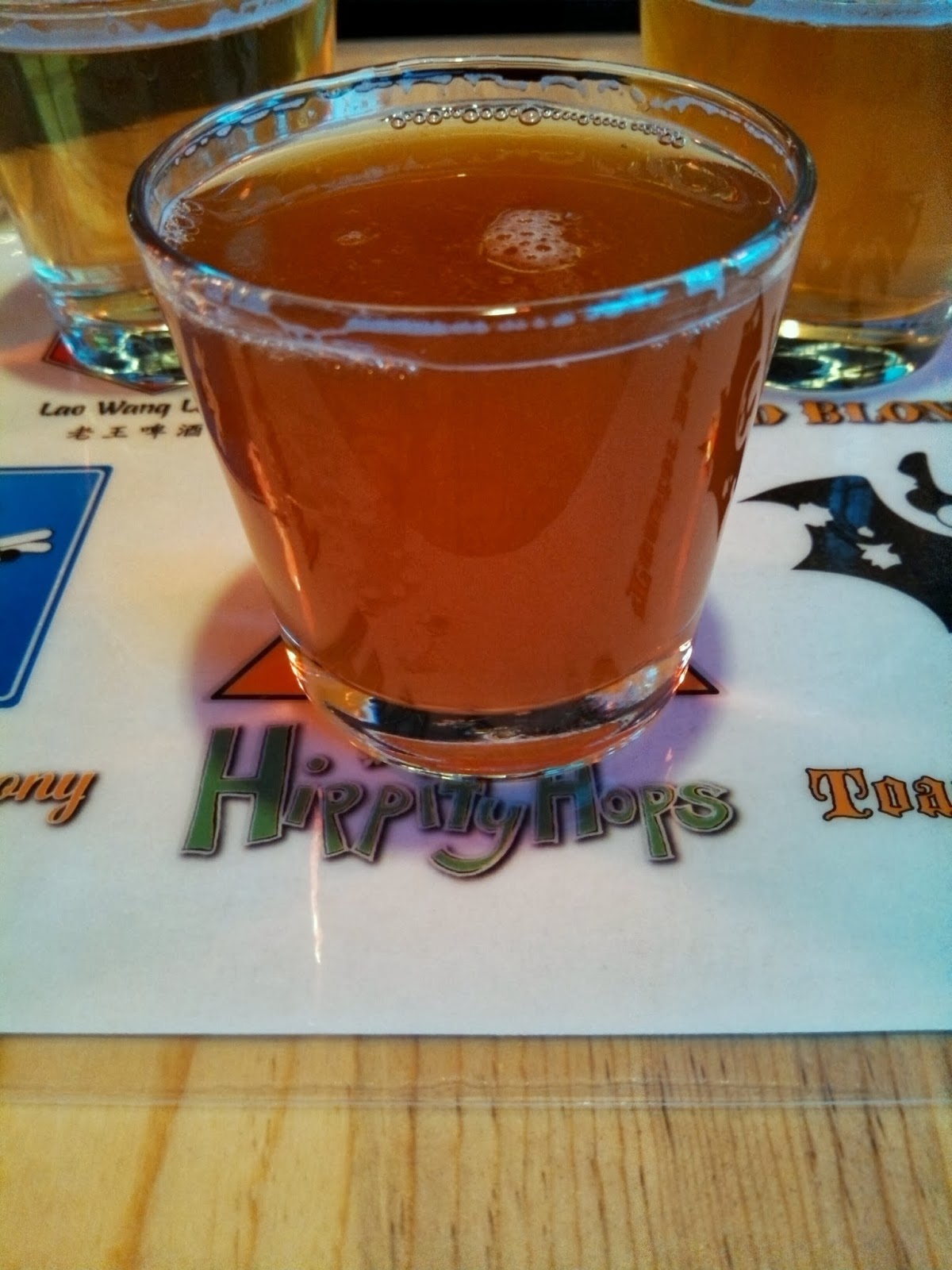 I was excited to be getting a craft brewery in the neighborhood, and Caution did not disappoint. If they can get half of those taps filled with different beers, it would be awesome, but that will probably be awhile. In the meantime, I can see myself picking up growlers from time to time.

As you know, I love these tiny little local breweries.