Yes, it is that time of year again.

Time to brew the Laser Salt Sandy Blonde Ale. And I did. I brewed it last Sunday.

Brew day, of course, started before sun-up. The Gnome and I got the strike temperature perfect with no trouble at all. The mash temperature did drop into the mid 140's before the end, which is not really that big of a deal. I'm fine with that. 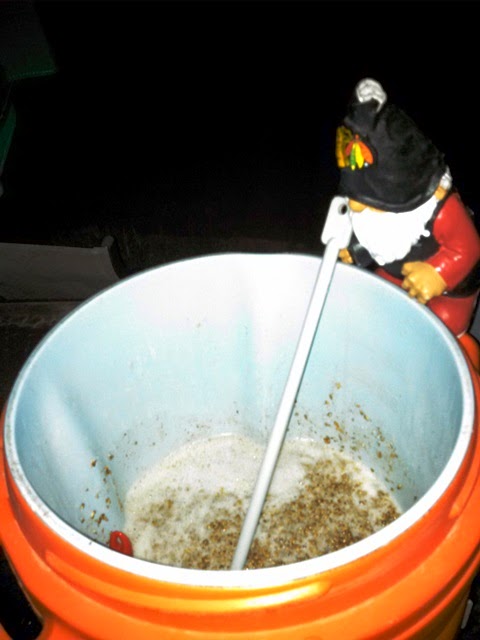 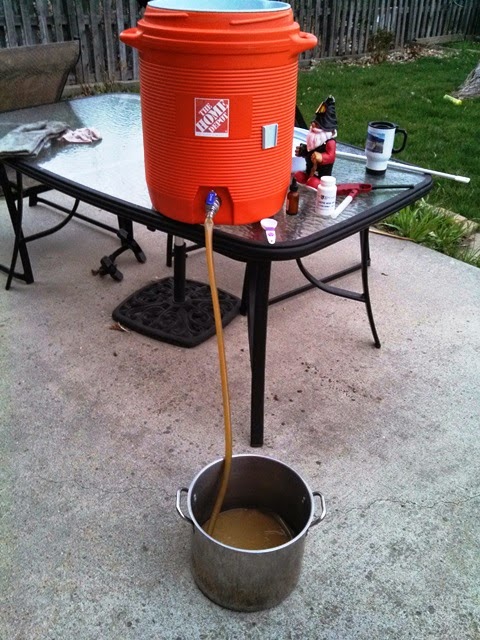 When I came out for First-Wort, the wind was really starting to pick up and it was raining a bit. So, I moved the boil into the garage.

My pre-boil gravity was perfect, although the volume was a bit low. 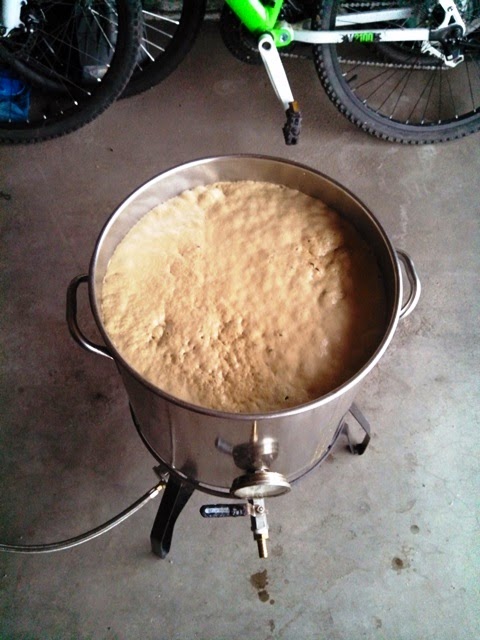 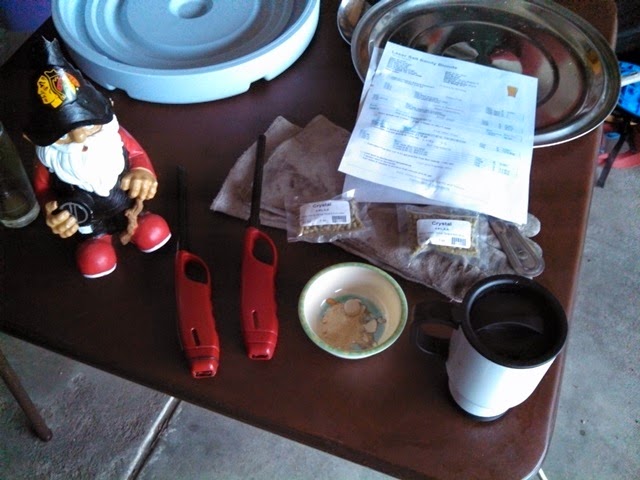 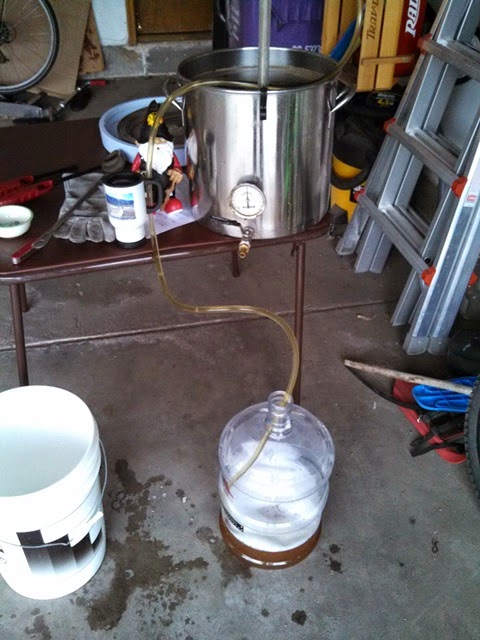 The boil went wonderfully. The post-boil gravity was perfect again.

I cooled the wort with the chiller to about 70 and then put in the little carboy which I put into the gott cooler full of ice. After awhile I racked clear wort into the bigger carboy.


I originally forgot to add the clarity ferm, only remembering later in the day.

I actually pitched very cool for an ale ... around 55 degrees. Even so, by the next day there was activity despite still being low at 58. The first couple days, fermentation was around 60. Then 62. Then 64. Then up into the 70's.

This morning the fermentation was slowing down, but still going at 68 degrees.

A few times during fermentation, I sniffed the air lock and was treated to a wonderful crystal hop aroma. Hopefully it sticks around to drink. 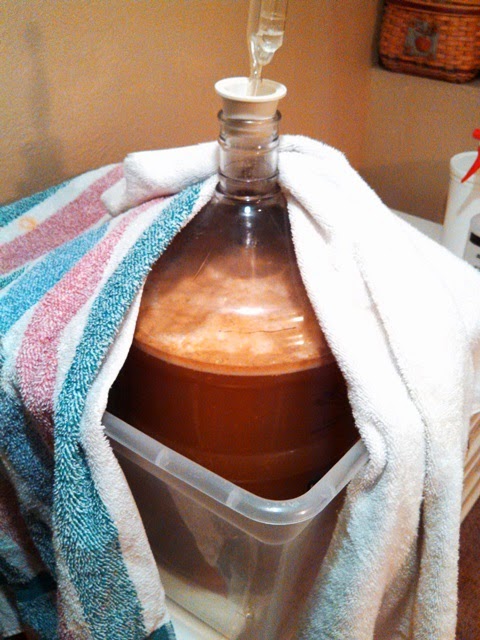 As is usually the case, I am going to take this beer camping in a few weeks to the Great Sand Dunes. Really looking forward to drinking this beer again.