So, remember a couple of weekends ago, my wife, kids and I tried to hide our geocache? See McShepardSons take 2 as a reminder.

Later the same day I posted the entry, I got a message from a geo-reviewer telling me that the spot we picked was too close to a physical location of a multi-step cache. I would have to move our cache. Unfortunately, those multi-caches are the reason we've had such a difficult time finding a spot up till now.

Tuesday night, I went back to Pence Park and got the container and looked around for another spot.

I found one after about a 1.3 mile hike. I placed it and re-submitted my new hiding spot. 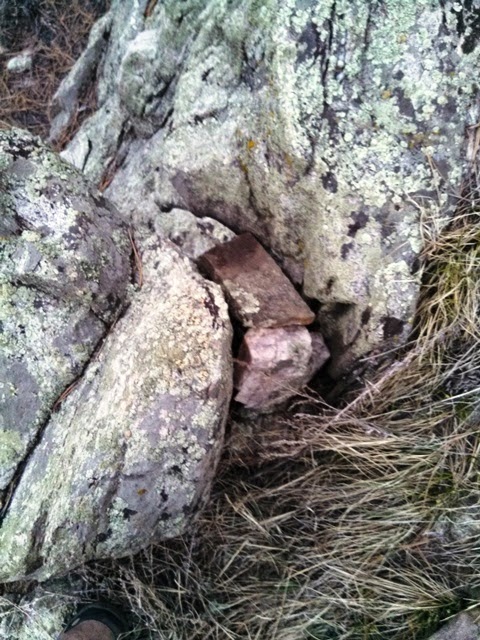 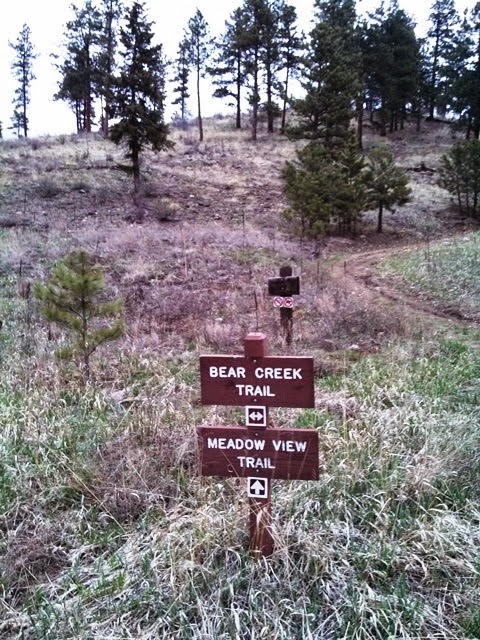 The next day, I got notification that my spot was accepted! We finally had a place for

Saturday, I decided to bring the rest of our geo-team back to see where I had hidden the cache. At the same time, I brought along a new Travel Bug to launch. See ... 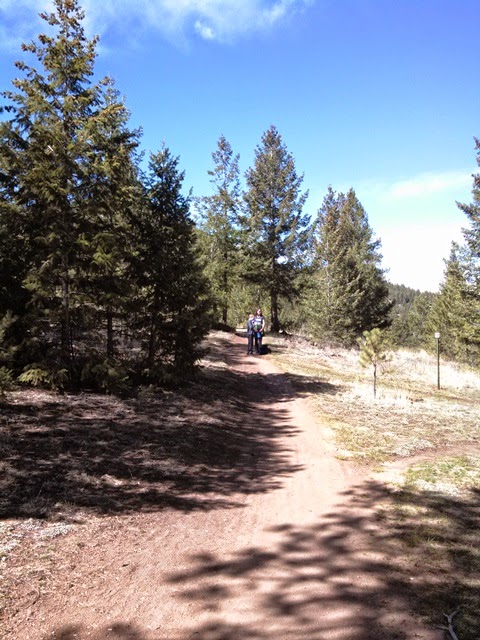 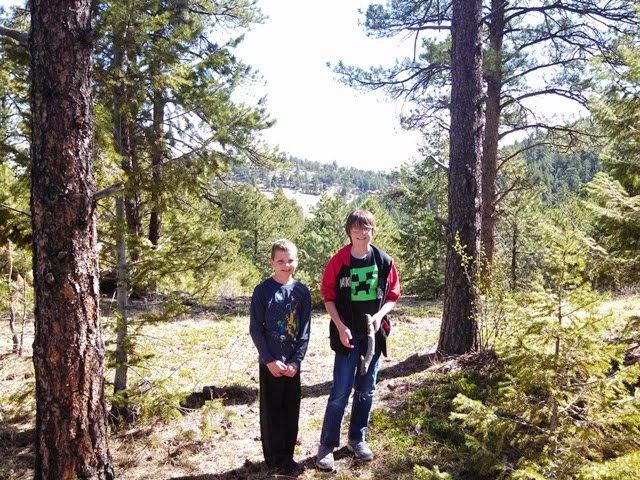 1.3 miles is a pretty good hike. Once we got close, I let the kids do their thing to find the cache. They had very little problem. My hiding spot is pretty easy. 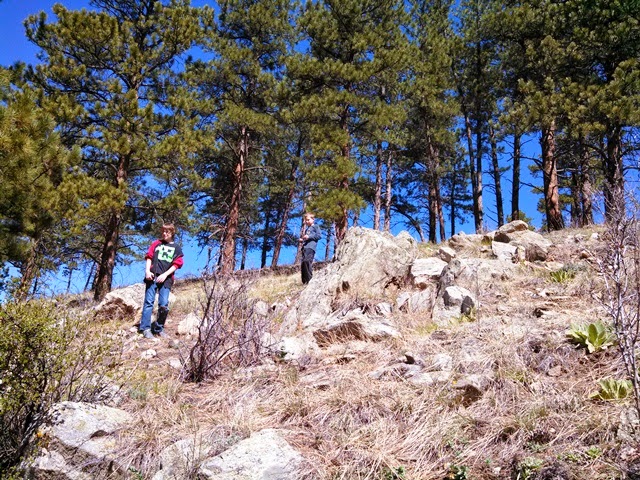 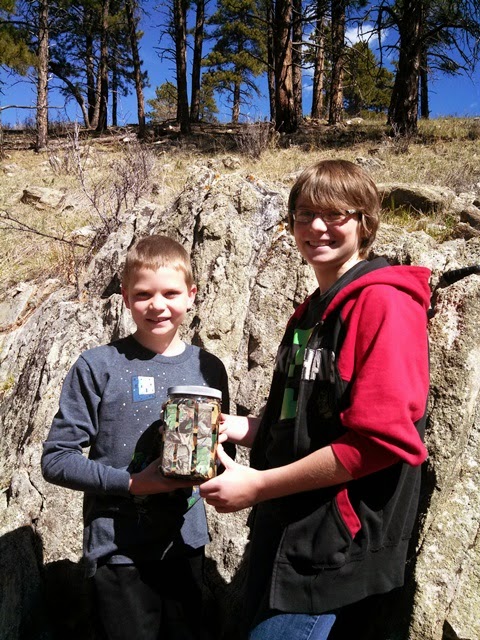 I dropped off my travel bug in my cache and took one out from someone who had already dropped one into the new cache. 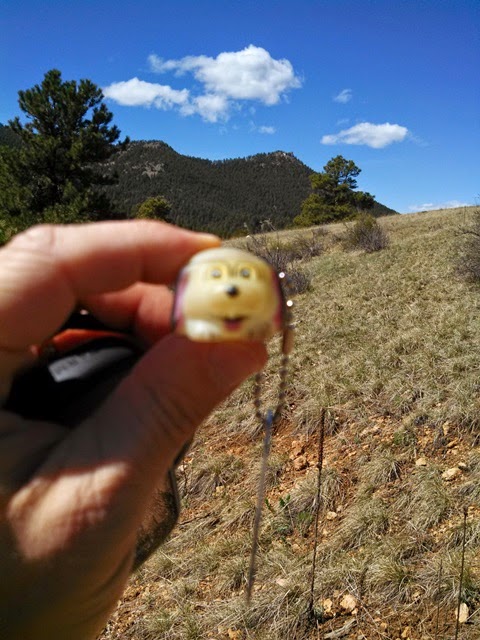 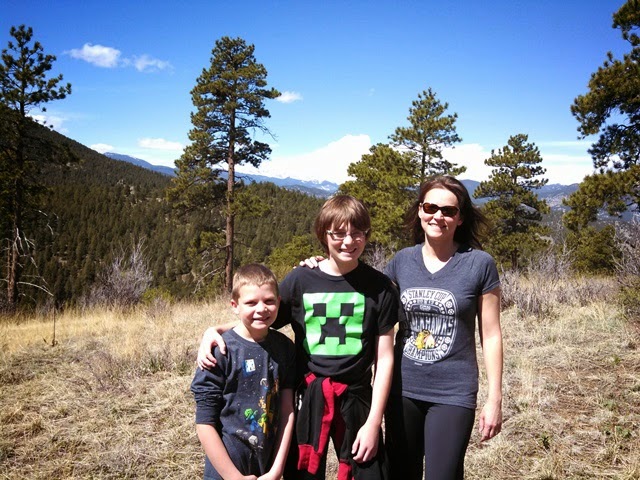 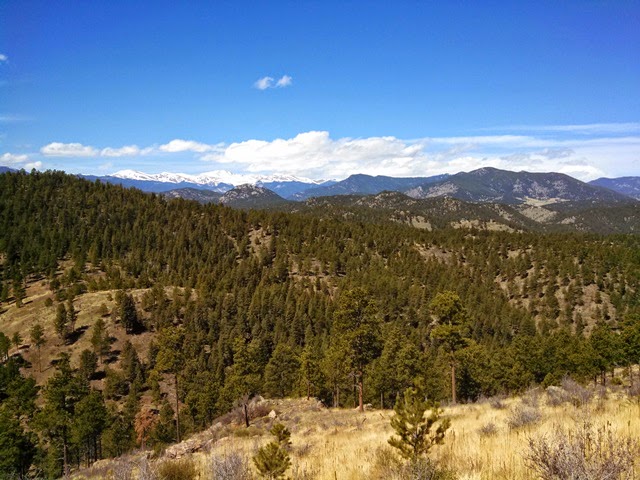 Then, we hiked a bit farther in and found another geocache in the area "Pence View". 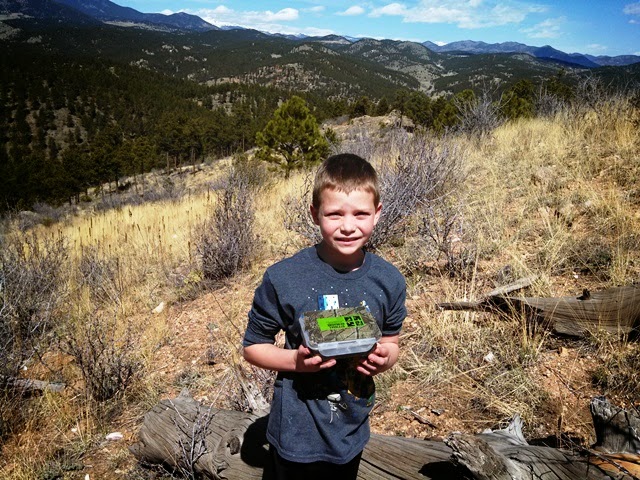 We had lunch and then headed back to the mini-van in a very scenic and round-about loop. By the end of the day, we had really done a significant distance of hiking. 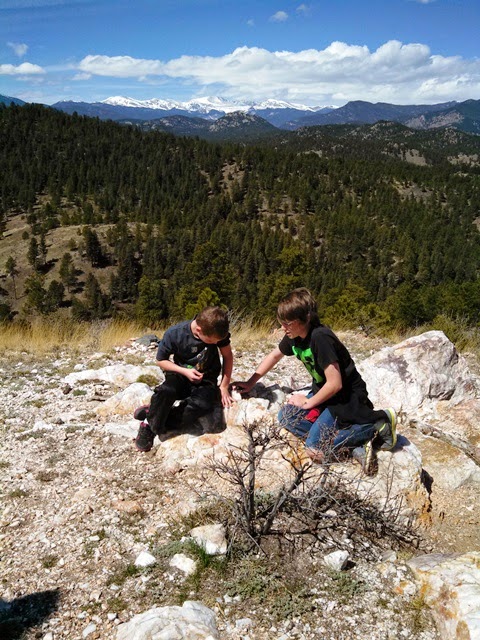 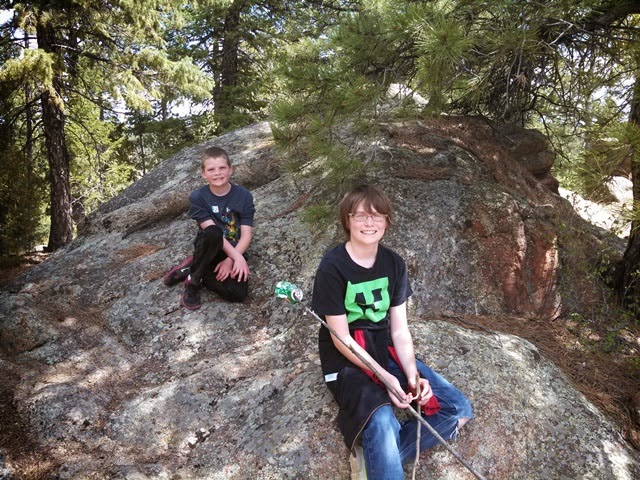 And now ... we finally have our family geocache hidden. It is a challenging enough hike that it probably won't be visited a whole lot. So far, it has been published a week and there are 4 "found it" logs. At least muggles are unlikely to find it.

We've been carrying around another travel bug, Taco Pterodactyl with the intention of launching it from Sheppy McShepardSons. If you visit Taco's page, you may notice that he has already traveled 1561.4 miles (at the time that I am typing this blog post). This is because I've been logging him as visiting all the caches I've found while carrying him around. I brought him to Wisconsin and back, which accounts for most of that mileage.

When we returned to Sheppy McShepardSons Saturday, Taco Pterodactyl was missing from the cache even though no one had logged that they had taken him. Since only two people had logged the cache between the time it was hidden and the time we found it, I emailed those people. Turns out that one of the geo-caching groups had a rookie with them who had not logged the Travel Bug yet. The more experienced guy emailed me back saying he would instruct the rookie on getting Taco properly logged.

As of yet, Taco still is listed in the cache, which is a little perturbing to me. I'm really hoping Taco doesn't turn up lost so soon after being released into the wild. You may remember that my first Travel Bug "Guacamole" turned up missing before officially logging any distance whatsoever.