It does seem a bit early in the year, but I decided to brew SheppyBrew's 2014 X-Mas Ale this past Sunday. 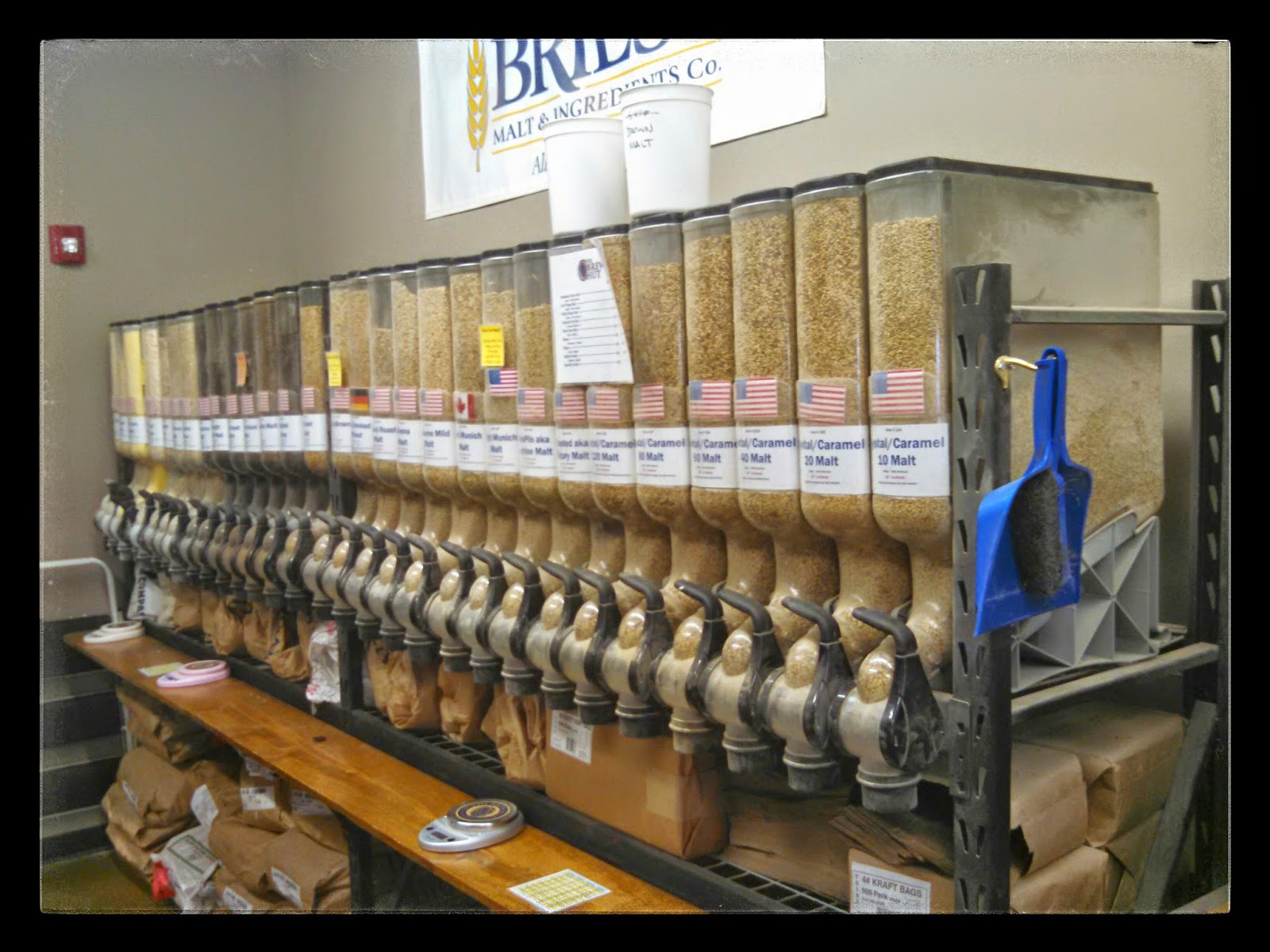 Every year since I started brewing way back in 2009, I've done an X-Mas Ale. Each year it has been a little different. The base beer has been pretty consistent, but I always add spices or other flavorings to the beer to give it a festive character.

You can look at all the X-Mas Ales together on the SheppyBrew Website for an idea what spices/flavorings have been used (see X-Mas Ales 2009 - 2014). 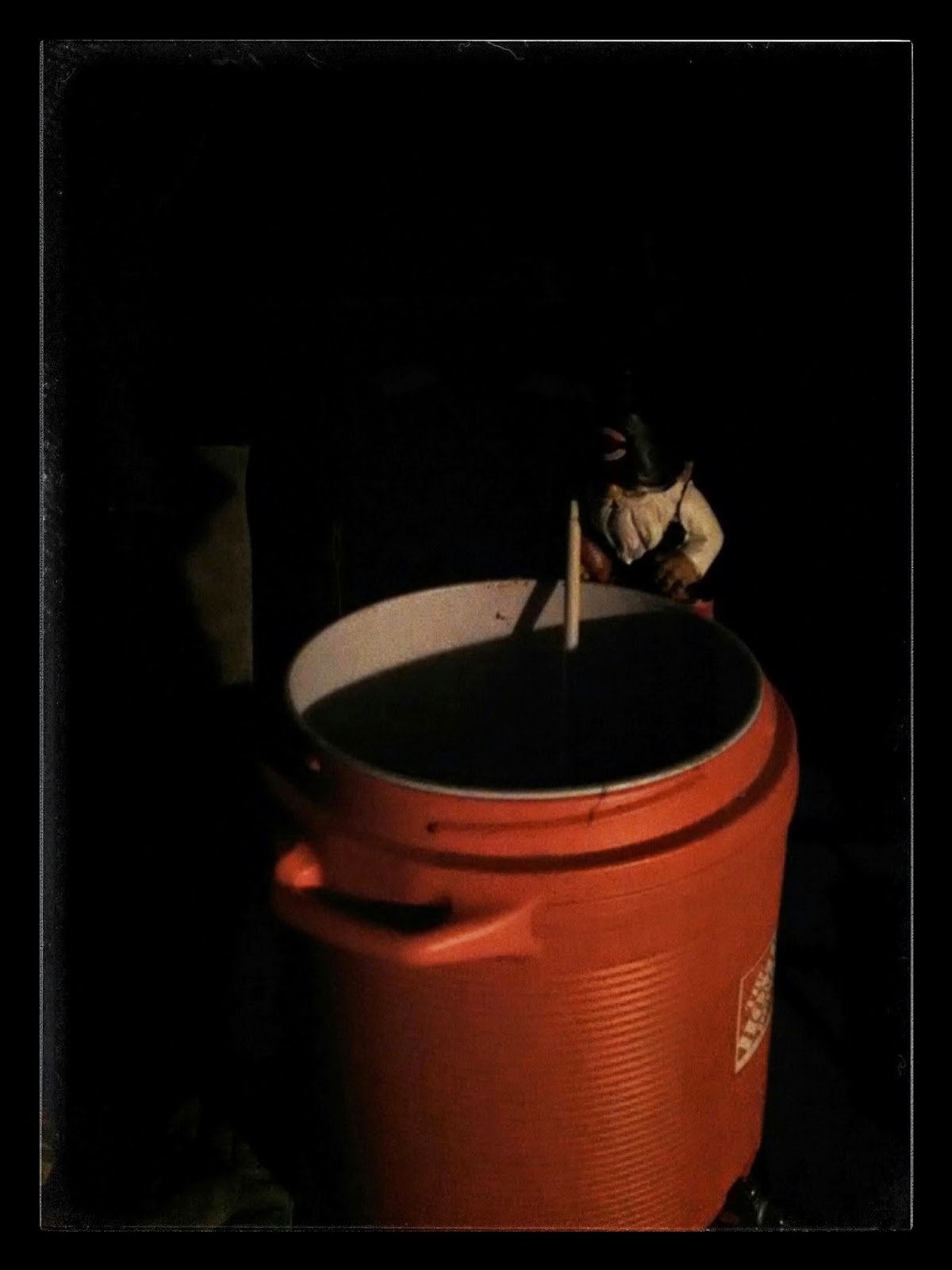 Last year, I was going to simply brew the base beer as my X-Mas Ale, but the whole BJCP Category Project (see SheppyBrew Styles) caused me to need a Category 22 Smoked Beer, and I decided I would make the X-Mas ale a smoked beer to satisfy that requirement.

So, this year I decided to follow through on brewing just the base beer. You can review the recipe at 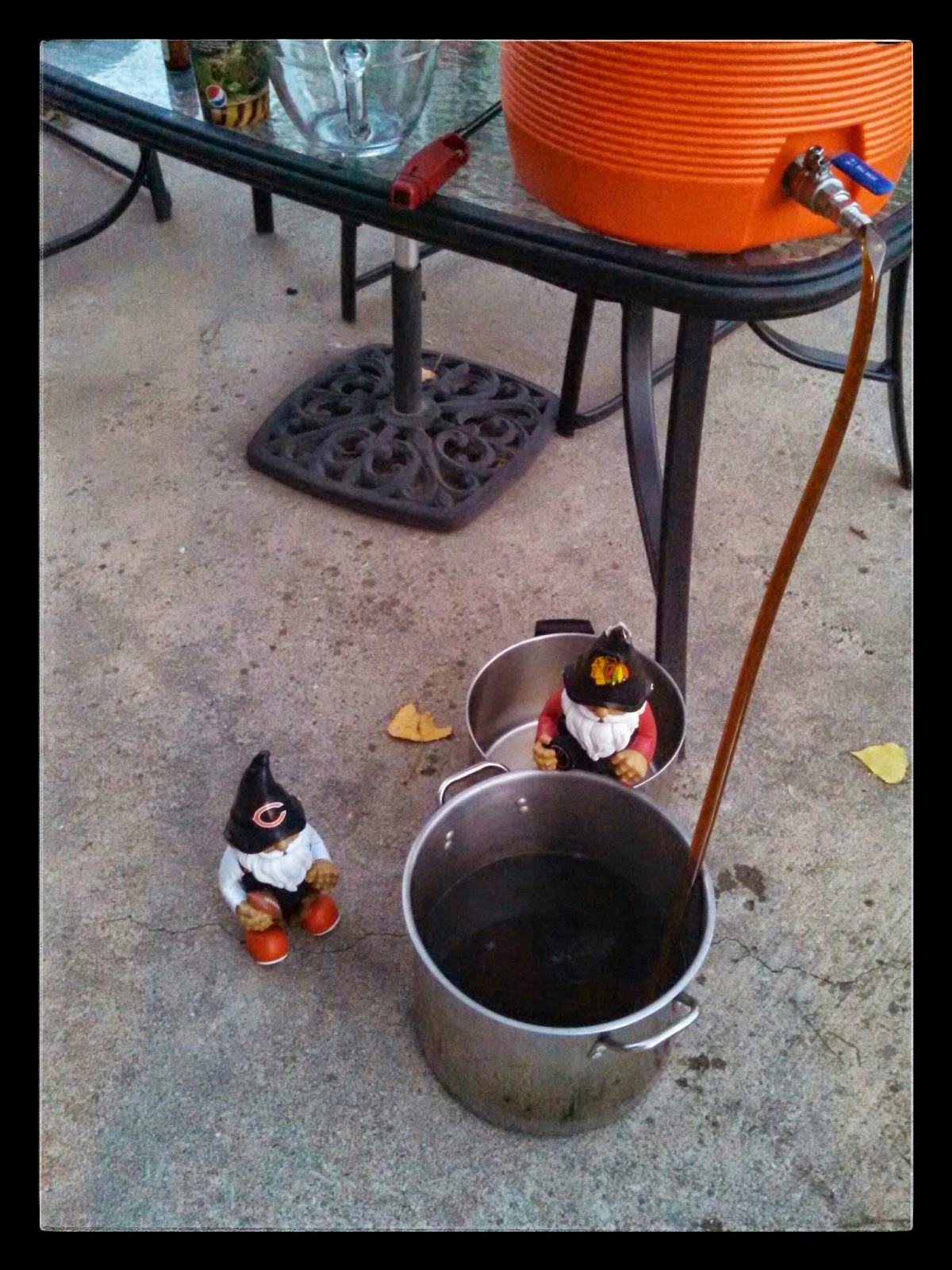 Brew day was pretty straight - forward. I did have to play yo-yo with my mash temperature for awhile, but that wasn't too bad. My mash efficiency was down a bit, and even though I added some DME to the boil, I ended up with a 1.070 original gravity, down from the planned 1.074. 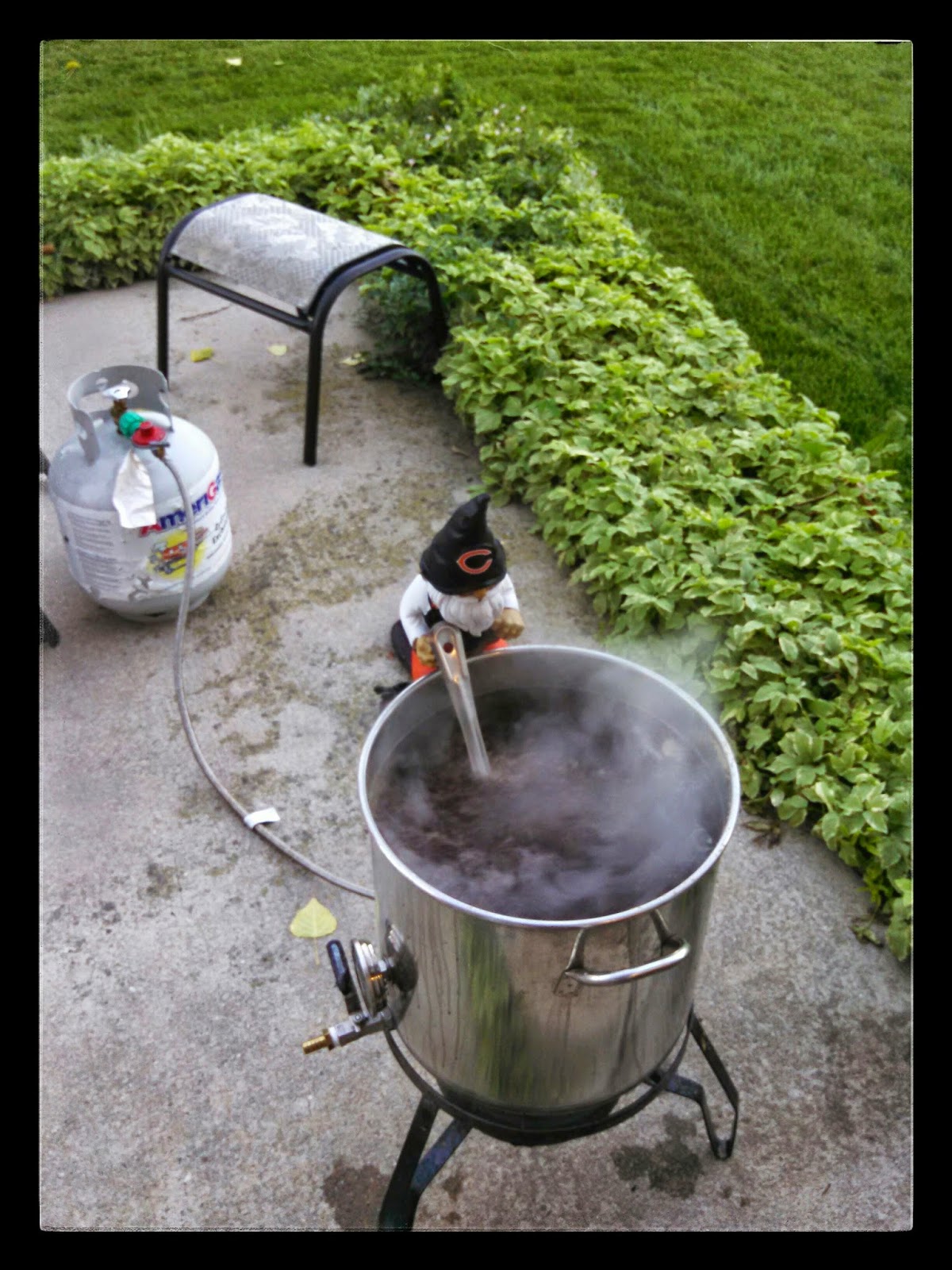 But, it doesn't matter too much. I'm sure I'll be ok with the slightly lower alcohol beer that will be produced. 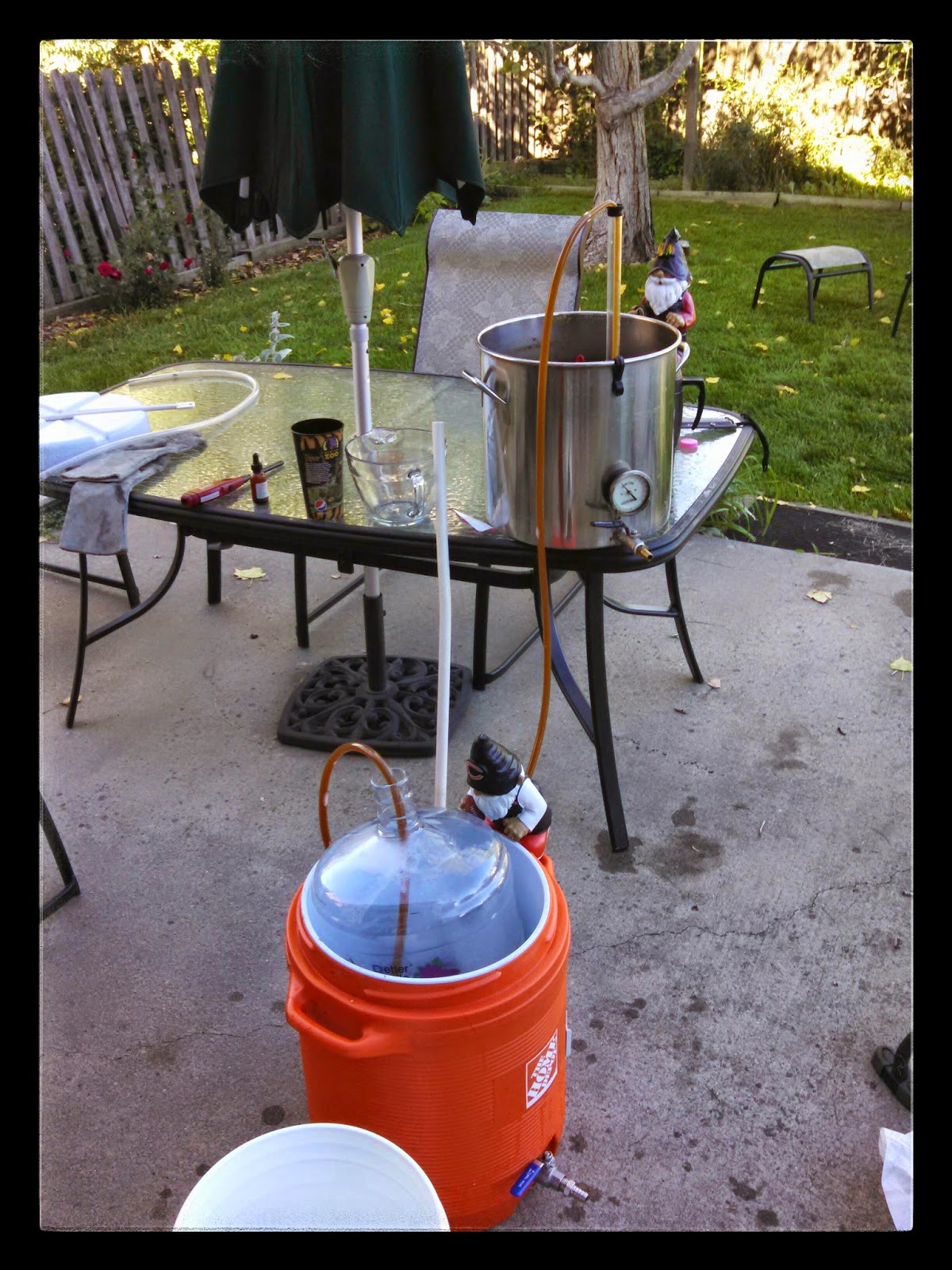 And now, my beer is fermenting away. I put a blow-off tube into this batch. It has not been necessary, yet but I'm sure kraussen will start coming out today or tomorrow.

I will ferment below 65 degrees for the first couple days. After that, I will let the temperature rise to where it wants to go. My plan is to let this fermentation go pretty long, bottling on October 4. This should give the beer plenty of time to carb and condition before Thanksgiving.

I'll be sure to let you know how things go. Either on this blog, and/or on Twitter, and/or on the SheppyBrew Facebook page.