F is for Factotum Brewhouse

Care to guess what is next? You don't have to; I'll tell you.

F is for Factotum Brewhouse 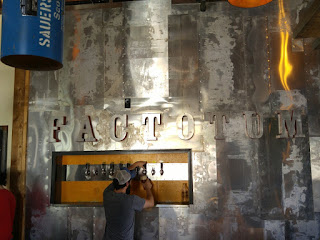 That isn't really what makes it unique, although not many breweries reach out to me before opening.

What really makes Factotum unique is that most of the beers served in its taproom are homebrew recipes brewed by home-brewers on the brewery's system. Genius, really. I can imagine that homebrewers are lining up to be part of the lineup. Brewing on a professional system is part of the dream. 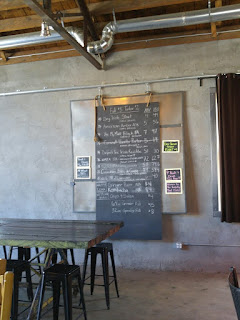 If you are a homebrewer, I suggest going to their Brewing With Us page and see what it takes. Seems like fun. 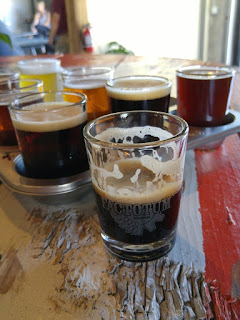 The Beer Model and I first went to Factotum on a date night back in July.

Yes, I really need to work on getting caught up with blog posts so I can get more recent information on here.

Anyway ... since this was such a long time ago, I won't go into much detail on the beers. It was long enough ago that the lineup has completely changed by now. 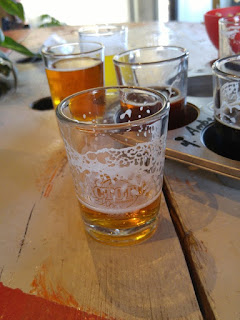 Suffice it to say that all the beers were great.

The Beer Model even said she loved a White IPA, which is really a strange thing to hear her say. 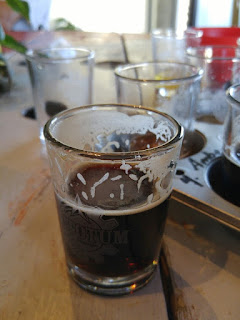 The taproom atmosphere was great, pretty typical of the small Denver Breweries. The staff was polite and helpful. The experience was wonderful. If you are a beer geek at all, you have to check out this brewery.... especially if you are a homebrewer.

And, as I mentioned above, ask about how you can brew with them. 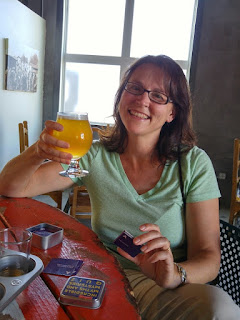 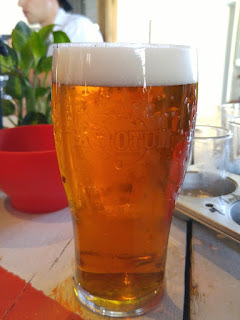 I suggest stopping by and ordering a sample of everything. I think you will not be disappointed.

Let me know if you stop by and especially if you brew with them.

It is so cool.